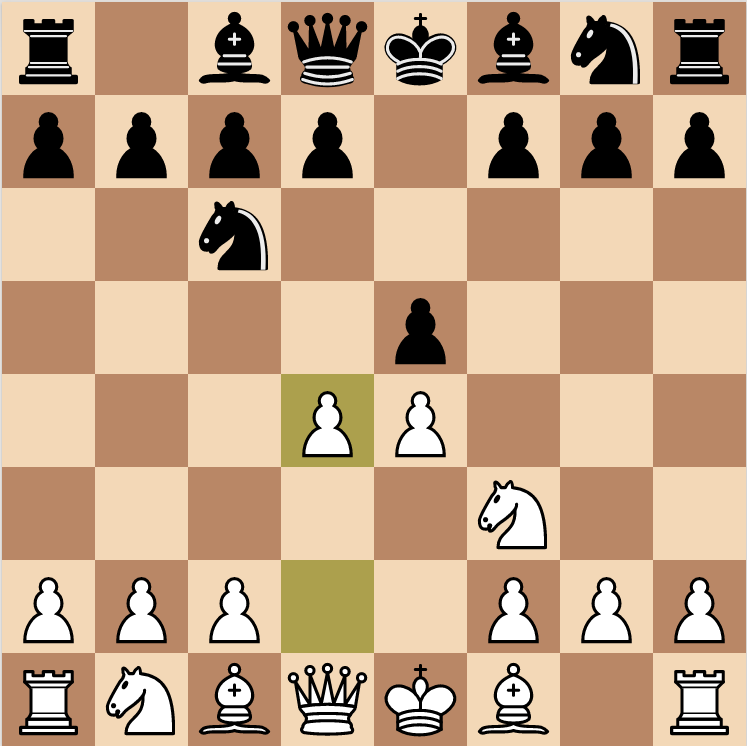 A very common question for every chess player is “what would be my opening choice?”.

If you have a full time job and you can’t afford hours and hours of study on the opening, this can be a real problem. We all had this tournament, when we were winning and drawing against much stronger players and then we got that game that we lost right from the opening. You get blown away in a bad position struggling all the game for a draw and you can’t figure out what exactly you did wrong. It felt like you were outplayed move by move.

The truth is, in chess everything is connected, the opening is connected to the middle game and the endgame. In this series we will help you to have an aggressive ambitious opening repertoire that is sound and less played. You will have a practical advantage over your opponent and always catch them by surprise! It will seem calm at first sight and your opponent will not suspect a thing, till he finds himself in a completely passive position.

This is the best strategy to win against much higher Elo players. If you are 2000~2100 players and you want to destroy players on 2300++. You know they spent more time and effort working on chess. So your strategy is to render their effort useless by letting them fight on your terms on a territory you are more familiar with, where you know exactly your plans, your position strength and weaknesses and your opponent’s possibilities in all phases of the game. This will have a psychological effect on your opponent as well, he will feel he is in worse position all the time.

We will make this repertoire assuming you are an aggressive and ambitious player and we will start with our white repertoire which will be 1. e4

We don’t have the time to study the Ruy Lopez trying to exploit microscopic advantage in the endgames of Berlin defense or get closed positions of the calm Italian game (Giuoco piano etc…) Where black has absolutely no problems and is fighting for the win as hard as you do.

The highest art of the chess player lies in not allowing your opponent to show you what he can do. (Garry Kasparov)

Our choice will be the Scotch game!

This opening was employed frequently by very aggressive players over the years such as Garry Kasparov, Alexei Shirov, Hikaru Nakamura and the current world champion Magnus Carlsen.

The plan for this opening is simple yet clear. White is surrendering the center going for quick development and the plan is to attack the opponent kingside mixed with giving black weakness on the queenside and bad pawn structure for the endgame! Which means in every phase of the game you have a plan and something that will make you play for a win even in the simplest positions.

Our choice is the 4 knight Scotch Game. It is less explored and it is starting to be played more seriously in the last 10 years after Garry Kasparov outplayed all the top 10 players of the world in the Sinquefield cup getting great positions against the top 10 players in the world!

So grab your coffee and your chess board and let’s get started! 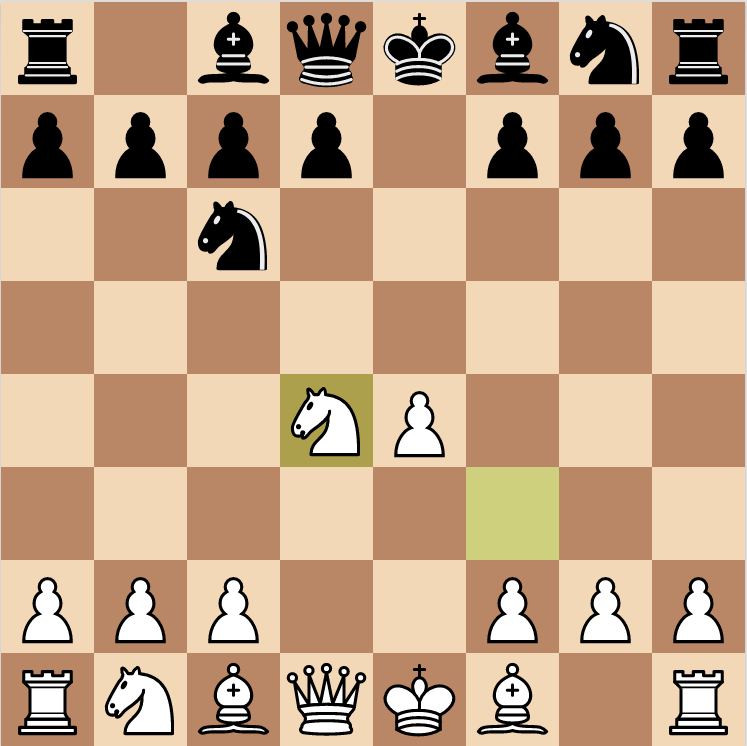 Your opponent was preparing in his head the Ruy Lopez or preparing to fight hard in the Italian game then you surprise him by playing 3 d4!? cxd4 4 Nxd4.

Here black has two main lines: 4… Nf6 or 4… Bc5. There are many other alternatives that are inferior or just so tamed that it feels like black is submitting to your plan too early without trying to challenge your ideas. We will get to those later in our series!

We will also mention the dangerous looking 4…Qh4?! Which needs some special preparation including a pawn sacrifice to punish black for such play stopping his king from castling and getting a sound and quick mating attack against black king that is stuck in the center!

Starting with 4 … Nf6 black develops a piece, controls the center and one step closer to castle kingside which seems like a good plan.

This Is our main plan, it is a very provocative move as it tempts black to play aggressively and try to pressure the center. Black next move is

trying to win a pawn in the center while developing a piece.

The plan is similar to the main lines. White would play Qf3-Bd3 and short castle. He will get on with the middle game plans of the mainlines as we will see in the next parts. The 5 … Bc5 opens the doors for queenside castling in some cases as well!

Although the white player was 2390, much higher rated than his opponent, the quality of the game is great and it is a perfect example for the winning the endgame that white gets after exchanges.

Now back to the main line.

Now it is time to take our first Permanent advantage over black messing his pawn structure and making the position a little bit more static.

notice that 6… dxc6?! is just bad for black you would simply exchange queens and play this end game with 4 pawns against 3 pawns on the kingside. If you have a little experience in Ruy Lopez you know that only white is playing for win here while black can never get a passed pawn on queenside even if he tries Bxc3 destroying our queenside pawn structure but giving us the bishop pair. This will make it even worse for black to defend that endgame!

7 Bd3 Simple. We develop the bishop and protect the e4 pawn. 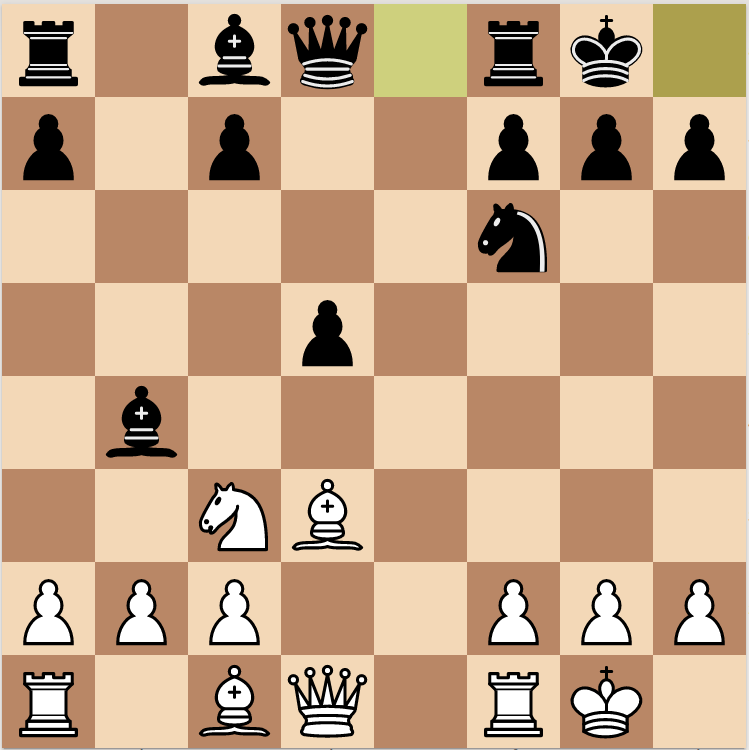 This position will be the start of this session!

We can clearly see that black has three pawn islands which makes it harder for him in the end game. We can also notice that White has 3 pieces pointing at white kingside (the light and dark bishops and the queen) and it is white to move as well!

On the other hand, Black has only 1 clear plan. It is to advance the c and d pawns and try to put a knight on e4 pressuring our position.

That is why the main line for white is to play now 10 Bg5! with a huge positional threat of Qf3-Bxf6-Qxf6 and Qxf6 giving black 4 pawn isolated islands and just bad endgame.

The only compensation black have is the bishop pair which is not enough. There is another plan for white that was developed by Kramnik. It is the simple 10 h3! Taking away the g4 square from black, preparing to play Bf4 having a retreat in h2 for the bishop and an escape for the king if needed be. You are simply trying to show black that he has no real plan here and to have a long middle game fight with queens on the board!

The best way to demonstrate a general understanding of this opening is to show you grandmaster games who won with moves you can do yourself! We would start with a game between the maniac attacker player Larry Christiansen against an extremely well prepared opponent GM Boris Gelfand who had 70 point higher ELO. GM Gelfand got outplayed so hard with clear simple moves!

We can also notice that through this move order white avoided a whole opening called the Petroff (Russian defense) which makes your repertoire smaller and more focused! 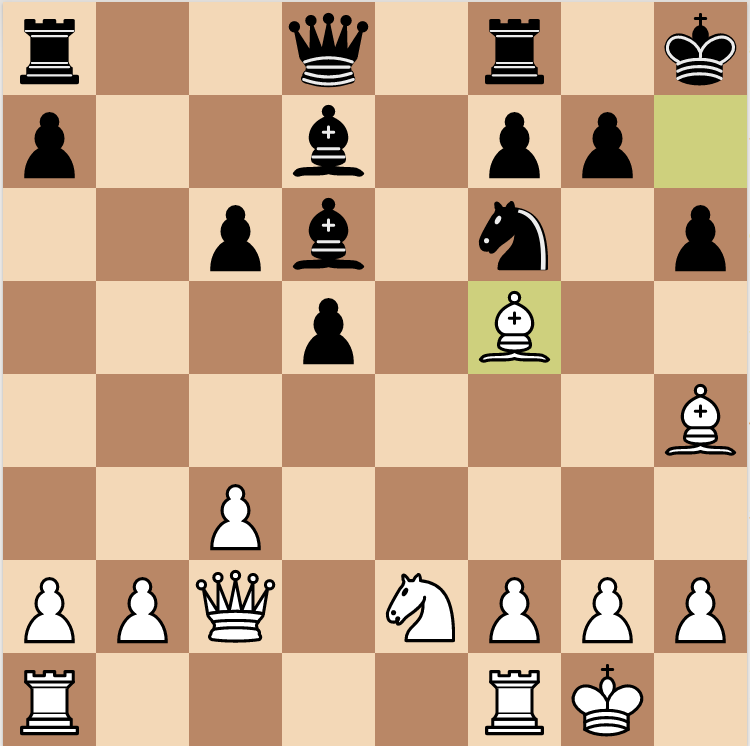 Black is under severe pressure and decides to let White shutter his pawn structure, in order to ease the pressure and exchange the Queens.

And now White has the better endgame thanks to the horrible pawn structure Black has got.

Cool move, making space for the King to go to the Queenside, but without allowing Re8+. In the diagram we can see how bad is Black’s structure. 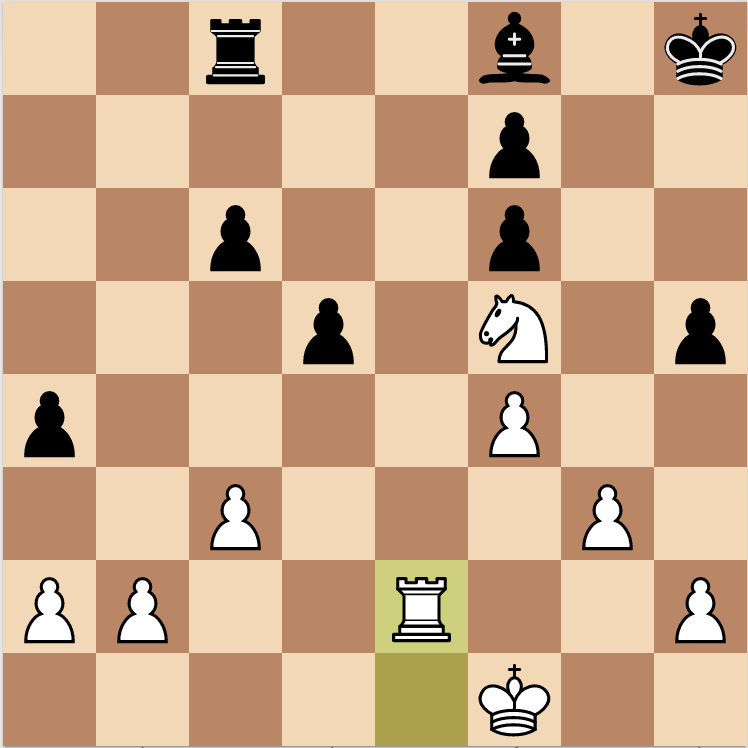 White decides that he wants to break the pawn chain with c4.

The position has become quite sharp, and precise calculation is needed. White advantage is still clear though (+1.2 according to Stockfish). 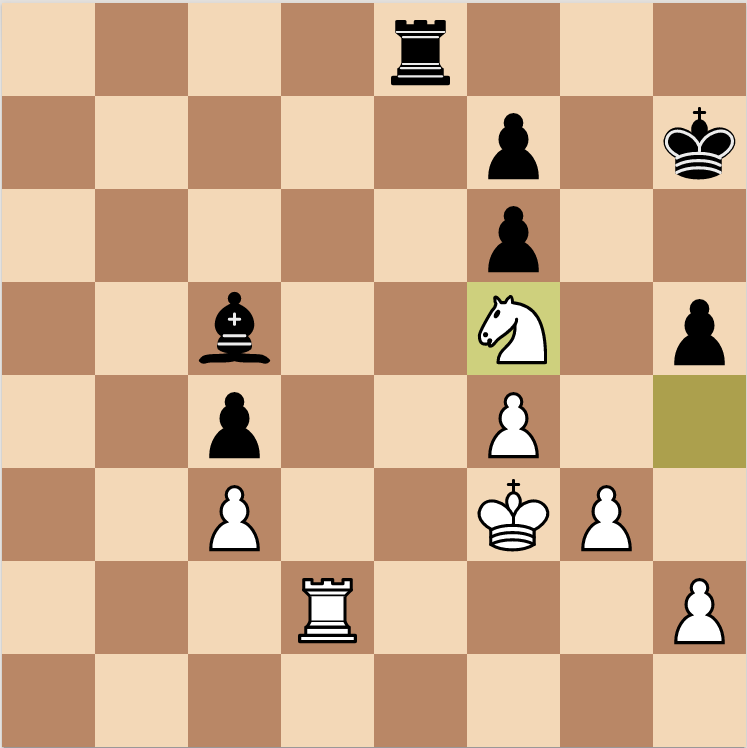 Black King is in a mate net, much more than White’s.

As we can see in this game white completely dominated black in the endgame. Black had to suffer till the end without proposing any real threat to white structure.

You can replay the whole game in this LiChess study.

The next game is an example of the plan starting with 10 h3 move. It is a high quality game between two famous grandmasters Rublevsky and Najer.

Once more, our starting position.

White keeps the tension, and waits for the most favorable moment to exchange pieces. 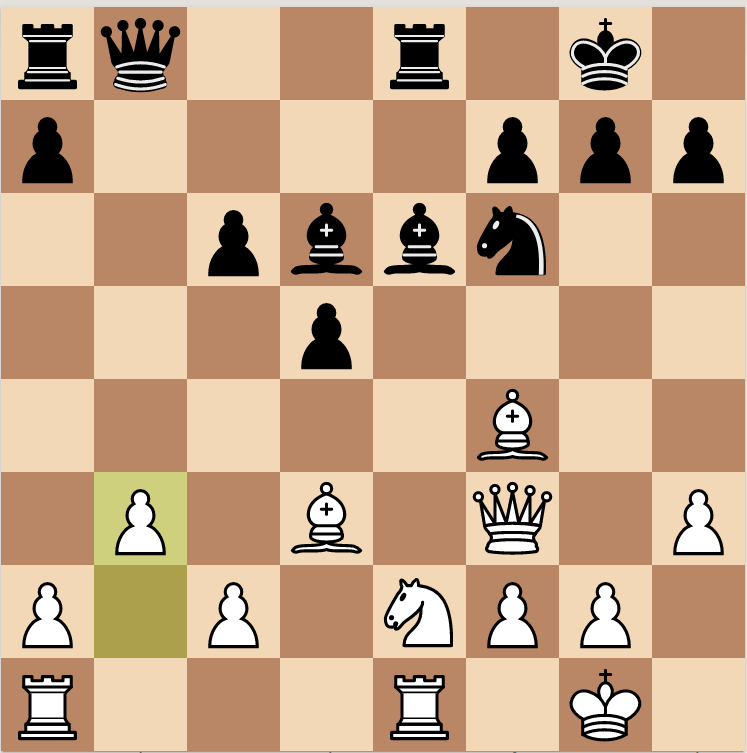 Making space for the Knight, that will have a beautiful square on d3.

Things are getting hot!

In this very complicated endgame position White has a clear advantage (+0.8 according to Stockfish), and much more active pieces. This is why Black is under big pressure and makes a mistake with the next move.

27… Re8?! (understandable inaccuracy white position is better, he has an extra pawn and dominating minor pieces black wanted to exchange the active white rook , however the simplification with extra pawn works in favor of white!)

The Knight is trapped and the end is near.

You can replay the game in my LiChess study.

In this game it doesn’t feel like Black did something particularly wrong. He just lost because he had worse pawn structure and less activity!

There are so many examples of this opening that you can find on chessbase. I suggest following the best players with rating higher than 2500++, in particular their classical games. You will get the feeling of your different plans with white, know the perfect time to exchange queens and when to play for mate!

In the next article we are going to discuss the second strong response for black which is 4…Bc5!. Directly attacking the center and developing a piece. We will discuss black plans and how you can get a quick kingside attack having the pawn dual on e4 and f4 pushing them up the board to open up black king! This plan was employed by Carlsen and Nakamura and it was proven to be very effective.

Stay tuned, and have fun!!