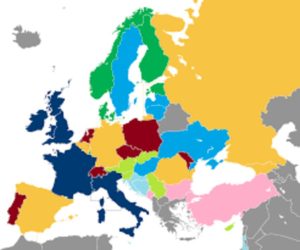 If you are like me, with a full-time job, family and lots of other commitments, then you may want to carefully select the chess tournaments you play in. People like us can usually play 1 or 2 nice tournaments per year, during holidays. Therefore the choice of these tournaments is quite important! If you plan to combine chess and holidays then this article is for you! I am going to describe my favorite Open Chess Tournaments in Europe.

I am going to describe why each of these tournaments is absolutely amazing, including location, facilities, and more, so keep reading! 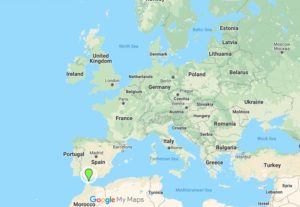 Yes, right there on the green pin! Gibraltar is a tiny country located in a amazing place, right at the “end” of Europe.

According to the ancient myths, the entire world was supposed to end there, at the Pillars of Hercules. The Greek mythology is full of amazing anecdotes regarding Gibraltar and the Pillars of Hercules. For obvious reasons, I can’t talk here too much about that (nor I would be capable, probably), but you should really go and read their history on wikipedia.

The Master Section at the Gibraltar Festival is astonishingly strong. I just want to show you the top-5 in the final standing of the past year (2018) event.

The tournament comes with a fantastic live coverage, with expert commentaries and interview of the players. I have watched it a few times, and can tell you that all players are extremely happy about the playing conditions as well as about the organization.

The entry fee for the Master Tournament is 150 GBP (approx. $190). It may seem a bit expensive, but it’s the fee for a top-notch 10 days-long event, so in my opinion is acceptable. Also, if you have got any of the following titles then the fee is waived: GM, IM, WGM, WIM.

If you don’t want to play the Master, then there are other tournaments organized in contemporary whose entry fee is just 60 GBP (about 75$). I recommend checking the official website of the tournament for all details. In case you didn’t know, English is the main language in Gibraltar.

The Gibraltar Chess Tournament is held yearly, usually at the end of January / beginning of February. 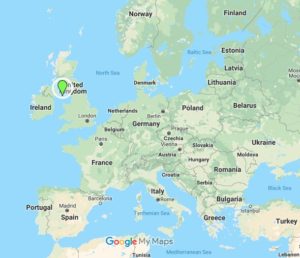 The Isle of Man is a tiny island in the Irish Sea, between Ireland and Great Britain.

It’s famous for the amazing landscape, the fabulous natural background and the very cold weather! Once again, rather than expecting a detailed description from me you should just go ahead and check it out on wikipedia.

On pair with Gibraltar, several among the best players in the world participate at the Isle of Man Tournament. Let’s take a look at the final standing of the last edition (2018):

As you can see from the standing above, the level is the highest possible! So, no surprises, this tournament is also fully covered with GM commentary and interview to the main players.

I watched this tournament live too, at the least in a few occasions, and I would not be able to choose between this and Gibraltar.

If you want to play in one of this “super-Open” tournaments, then which one to prefer depends on a lot of factors. First of all, the timing: Isle of Man is held yearly, usually in the second half of October (whereas Gibraltar is in January/February).

Finally, regarding the location, I can assure you that as far as the playing conditions are concerned, it’s virtually impossible to prefer one over the other: they are both simply outstanding. I must say though, that at the end of October you are likely to get quite bad weather in the Isle of Man, possibly with some storm, whereas Gibraltar should be great even in February. 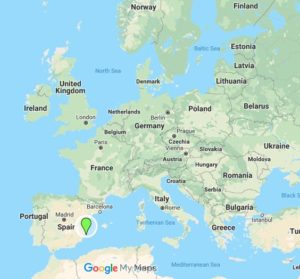 After presenting two very big Open Tournaments with a lot of GMs, I want to switch gear and talk to you about a different format.

What’s special about this tournament? The organization forbids players with Elo higher than 2350 to play! So basically, the tournament is reserved to the very crowded range 2000-2300. There is also a secondary tournament that is reserved to players < 2000 Elo.

This is a very special tournament, with 10 rounds in ten days, no double round. I have played it myself one year and can tell you that playing there is very nice. I only scored 6 out of 10 though 🙂

The playing hall is actually inside a big hotel, that offers some good deals for the players, in terms of accommodation and meals. Depending on how many people you are travelling with, you may want to take a look at what they offer.

The entry fee for the main tournament (Elo from 2000 to 2300) is 85 EUR (about 95$). I really liked playing there, the only drawback is that Benidorm is not that nice of a city, although you can enjoy good weather that lets you going to the beach in the morning. 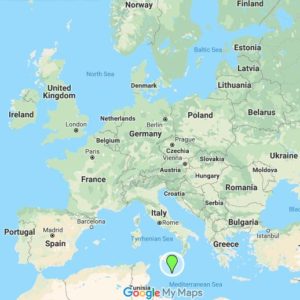 Malta is a tiny island in the middle of the Mediterranean Sea, and a state in itself. It’s about 50 miles south of Italy, but the main language there is English.

The reason why English is the spoken language in Malta is that the island was a British colony for more than one century, from 1825 to 1964. 21 September 1964 was their independence day.

Although the Malta Open is surely less strong than Gibraltar and Isle of Man, I put into the best tournaments in Europe because of the very relaxed atmosphere that you can find on the island. Just to give you more context, Malta is one of the favorite destination for holidays by a lot of Europeans. So if you can combine a nice holiday with a chess tournament, then why not?

The Malta Open is held yearly and usually in the central weeks of November. That is still a fine period to go in the middle of Mediterranean Sea and enjoy sunny but windy days on the beach! 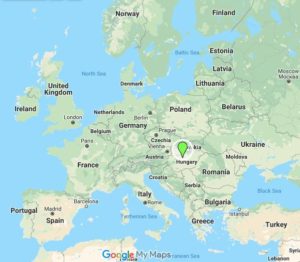 The First Saturday Chess Tournaments is a very special set of tournaments held in Budapest, Hungary. The particularity of the organization is that the tournament is played monthly, at the beginning of the month (as the name “first Saturday” would let you guess).

The other very important thing to know is that the festival is divided into categories, for several Elo rating ranges. So, if you play there you will have the chance to play 10 games against a very evenly distributed competition.

In fact, this tournament has been “used” by a lot of famous players to achieve norms. In my opinion, this is the perfect tournament in Europe if you want to get serious about chess, and probably a bit less if you want to enjoy holiday instead.

That being said, the festival is held in the heart of Budapest, a fabulous city with a lot to offer to visitors. I have been there twice (never to play chess though!) and I absolutely loved it! If you are coming from the US, also keep in mind that the cost of living is much lower than what you’re used to.

The First Saturday Tournaments are located in a hotel, so in my opinion the best option would be to stay right there. However, in case you can’t find available rooms there, the organizers have a lot of suggestions about possible accommodations for players.

If you decide to go to Budapest to play chess, I really encourage you to stay a few more days, or to reserve time somehow to visit the city. It’s an amazing city with a lot of history and beautiful architecture. 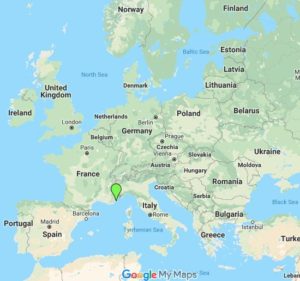 Cannes is nice little city located in the French Riviera. You’ve probably heard of it thanks to the famous Cannes Film Festival. Now you know there’s also a very important Chess Tournament there! Also, you should know that Cannes is famous for the wealth of its inhabitants: it’s the typical tourists city with luxury hotels and restaurants.

Let’s talk about the Chess Tournament now, and let’s start with the top positions in the final standing of the previous edition (2018):

You can see that the tournament is historically packed by GM, although not by top-GM like Gibraltar and IoM (Isle of Man) have been in the recent years. On the other hand, this lets some space for potential surprises! For example, last year position #28 in the final standing (that’s a pretty good spot!) was taken by a player with Elo 1974!

Back to Cannes, the Tournament is organized yearly and in the second half of February. The inscription fee is 80 EUR (about $90). Cannes has a Mediterranean climate, so even at the end of February you have good chances to find a nice weather. Also, you are in France so be sure to not miss the nice food and wine!

I just want to mention a couple of more things, since I know Cannes (and France) quite well: I have lived there for some years. If you are in touristy mood, then you will surely enjoy taking a tour on a ferry. Make sure to have time for it, because it’s more than 3 hours long.

Also, keep in mind that French are not very keen on speaking English. Cannes is a slight exception in this sense, because it lives on tourism, but still not nearly as much as you would imagine. They are really proud/conservative about language.

Finally, if you go to Cannes then you will be very close to Monte Carlo (also called Principality of Monaco), a famous tiny state. It’s where, for instance, the Formula 1 GP is held, and it’s totally worth a visit if you can make time. It should be just around 1 hour by car/bus. 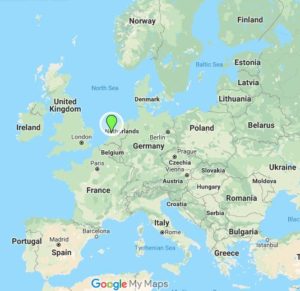 Hopefully I don’t need to introduce to you the Tata Steel Chess Tournaments. Held in Wijk aan Zee, Netherlands, it’s probably the most famous Elite Tournament nowadays. The Master section usually brings together 14 players among which the very bests in the world, World Champion included (very often).

What you might now know though, is that there is also the Amateurs Tournament running alongside with the Master. So, if you participate in the Amateurs then you will not only enjoy your own games, but also get a chance to go and check out the Master’s games.

Both sections (Masters and Amateurs) are held yearly and at the end of January. Unfortunately, weather is not so great in the Netherlands at that time of the year, so you would rather focus on the chess atmosphere and everything that comes with it.

The registration fee is 55 EUR (around $60), and the Amateurs is a 9 rounds, 10 days-long tournament (there is a rest day for Amateurs too!). 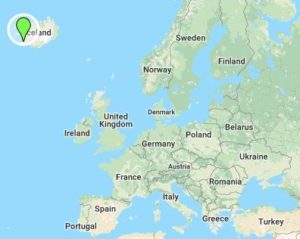 Reykjavik is the capital city of Iceland, a small and pretty isolated island quite far from the rest of Europe.

If you are a chess fan then you probably know that Reykjavik because it’s where the ultra-famous World Chess Championship between Spassky and Fischer was played in 1972.

Reykjavik and the whole Iceland are very famous for the breathtaking landscapes, the geysers and the northern lights (often called “aurora borealis”). I would really like to visit there again soon!

The Rejkyavik Chess Open is a very strong tournament held yearly, usually in April. As before, let’s take a look at the starting list of the past edition (2018)

When you see 2700 players competing then you know the stack is very high!

The entry fee for this tournament is different from the others: it’s not a constant number but depends on your Elo. So, it’s actually waived for GM, IM, WGM, WIM, whereas for the other can be 80 EUR the least (around $90) if you have elo higher than 2300, up to 240 EUR ($270 approx.) if you are unrated. In this case you are better off checking the official website.

In this post I shared with you my personal favorite chess tournaments in Europe. I have actually played in several of them, and have lived long enough in Europe to give some advises about what are the best places to merge chess and holidays.