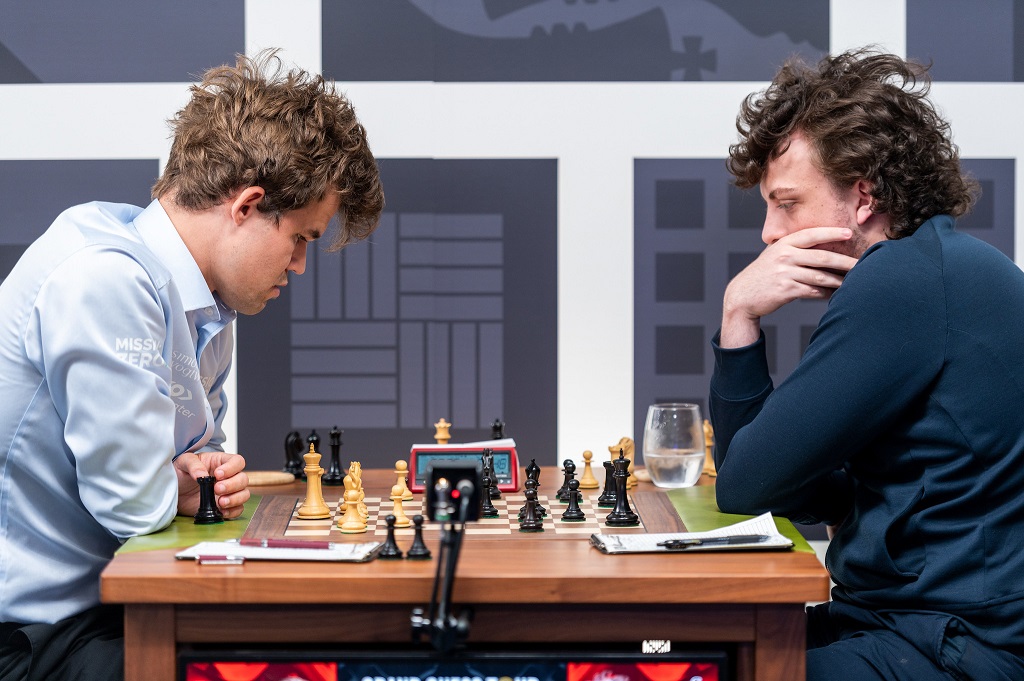 What happened in the Sinquefield Cup 2022 ?

Few days ago, the world was shocked by the world champion Magnus Carlsen ’s decision to withdraw from the Sinquefield Cup after his loss at round three. Carlsen Tweeted that he cann’t say why because if he does, he would be in deep trouble!

Everything was hinting that Niemann cheated against him in their game together . But did he really cheat? Is there a proof? Or is Carlsen just angry for losing to a young rising talent?

In this article we are going to discuss these questions and we will reach a conclusion based on the writer’s opinion!

What do we know so far about Niemman? 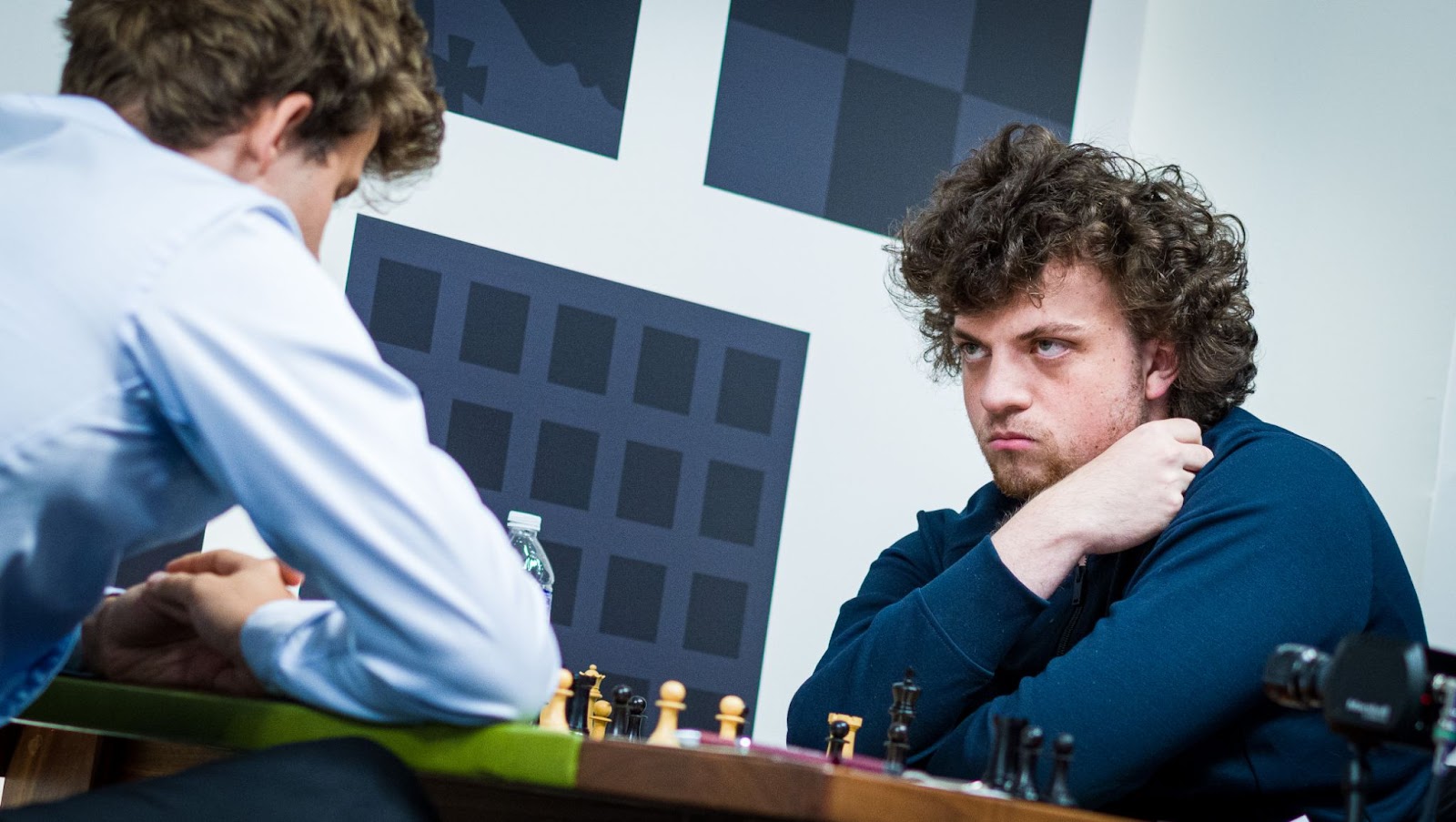 We know that Hans Niemman is a strong player from USA. He was stuck on rating around 2400 for a while. Recentlly in the last two years he started gaining rating points really fast crossing 2700 rating barrier showing outstanding play.

This doesn’t prove anything as many players get stuck for years for psychological reasons and then once they overcome them, they start developing fast.

There are so many things in Niemman interviews that shows he may be suffering some psychological issues that would actually justify the reason behind him being stuck around 2400 and it is a point in his favor!

Another point we need to mention, is that he was caught cheating multiple times on chess.com. He even got banned before and he admitted to cheating online. He also mentioned he is clean now and he is ready to play chess naked to prove it !

There has been an extensive search and security measures to prevent cheating at the Sinquefild cup too. It is hard to believe someone could find a way around it. However, with advanced tech, everything is possible!

Many players believed that Hans cheated somehow. Hikaru Nakamura in his famous stream almost accused Hans of cheating. Hikaru Justified his opinion is that its really rare for someone to grow in rating after being stuck this fast. Hans also stopped playing chess for money on chess.com

Chess.com taking an action against Hans!

After this round, Chess.com actually banned Hans from their website. Their chief manager said that he asked Hanss for some clarifications , and he showed him priveatly the reasons behind this ban! Many players Critised this ban that it was just due to the deal between chess.com and carlsen and it is all just business!

What do the writer think about it ?

We would like to clarify one thing. this is not a fact, no proof but we will try to justify everything with science. The truth is, it is extremely rare for some player to grow from 2400 to 2700 in less than two years in the highest level unless he is a real prodigy from the beginning or working extremely hard. 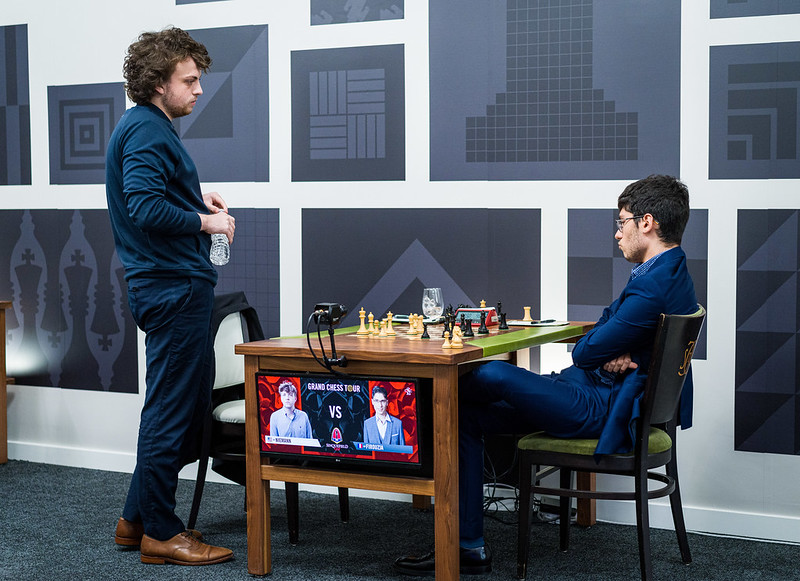 Hans in the interviews was very nervous. There are several reasons that shows he is either very lucky in finding extremely good move that he doesn’t fully understand or just cheating somehow.

In one interview in a very complicated game against Alireza the 2800 prodigy from Iran who is now french, Hans played unbelieveable move hanging a piece for no clear compensation very fast and then he then did an amazing menouver with the rook quickly like it is a normal move which is usually not a human decision or reaction in a classic chess game.

If we look at the time stamps in his game vs carlsen, if he had seen these moves as he claimed in the same day, he would blitz most of the moves in the opeing to save time.He didnt though. He took his time in it.

Some people would argue that hans is getting some good lucky games which is unlikely as he made an outstanding rise from 2400 to 2700+. Only time would tell if he was having a very good year in chess or cheating!

All in all , Alireza Fairouza comment in the interview is the reason behind our suspicion. When the commentators asked Alireza why he didn’t take the free piece as he is very famous for taking any material and holding on to it.

He said laughing, he trusted Hanss because he didn’t understand how Hanns played this move that sacrifices a piece for no clear compensation very quickly. Moreover, we believe that chess.com using stastical analysis in their website, through this they can discover if someone is cheating or not. we believe that any suspession around Hanss is justified. Yet NO Proof!

For Carlsen it was a good decision to Forferit the Sinqufield cup. He believed that Hanss cheated and even if Hans didn’t', Carlsen would have play very bad due to this suspision and the psycological pressure he would get watching Hans!

We really hope that Hanss is not cheating. We hope that young players are rising stars and have a chance to compete on the highest level. There was many unfair decisions taken against Hanss without a proof. Yet let’s not forget the old say, Once a cheater, always a cheater!