How Much do Chess Grandmasters Earn? 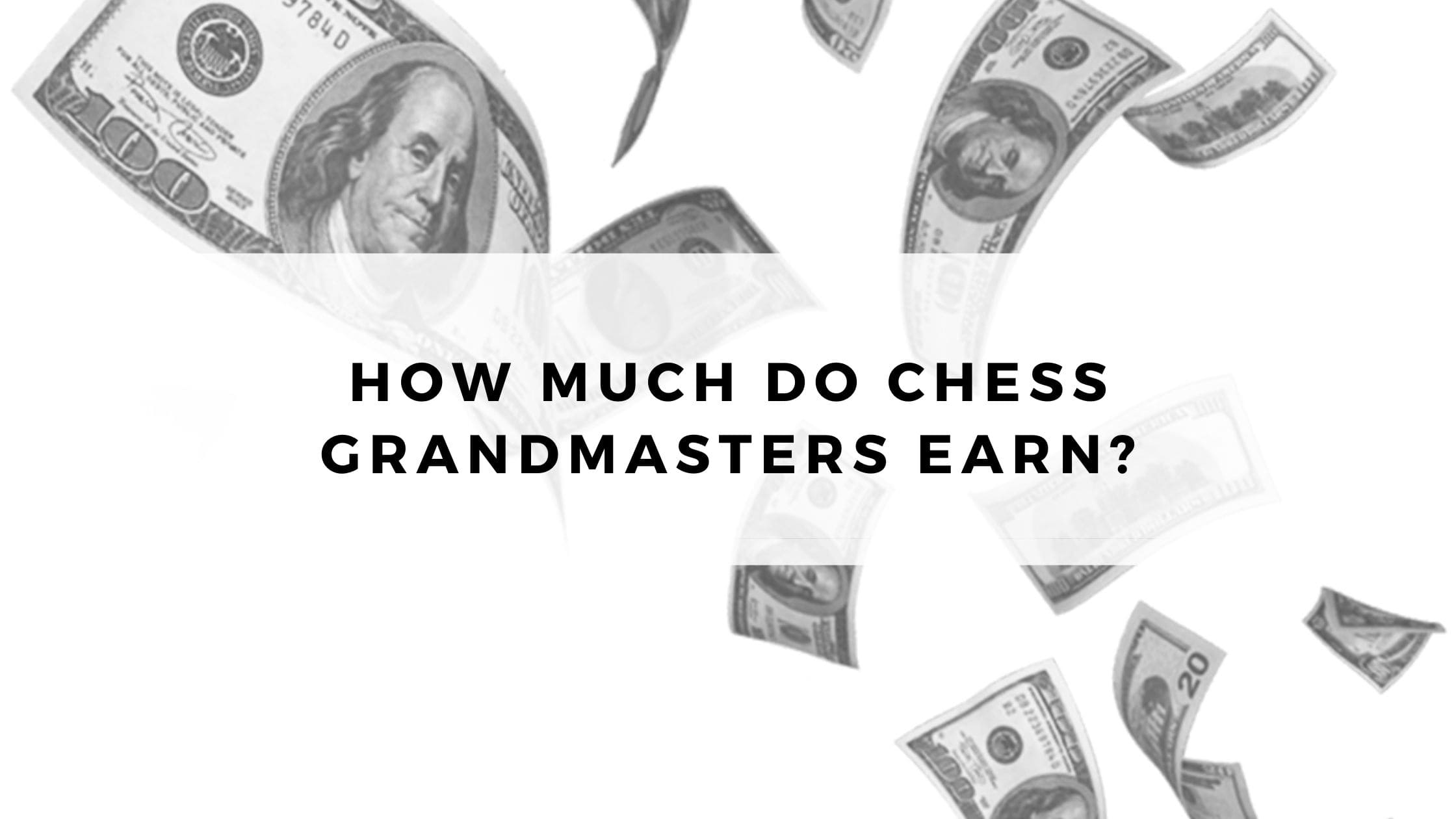 Chess Grandmasters can earn pretty well, but only if in addition to their chess skills they also have interpersonal skills, and are willing to make use of them. In this way they can apply their knowledge to collateral domain, such as teaching and publishing.

Where do these numbers come from? And, couldn’t it be better? I am going to discuss these and more points right now.

How do chess Grandmasters earn their livings? 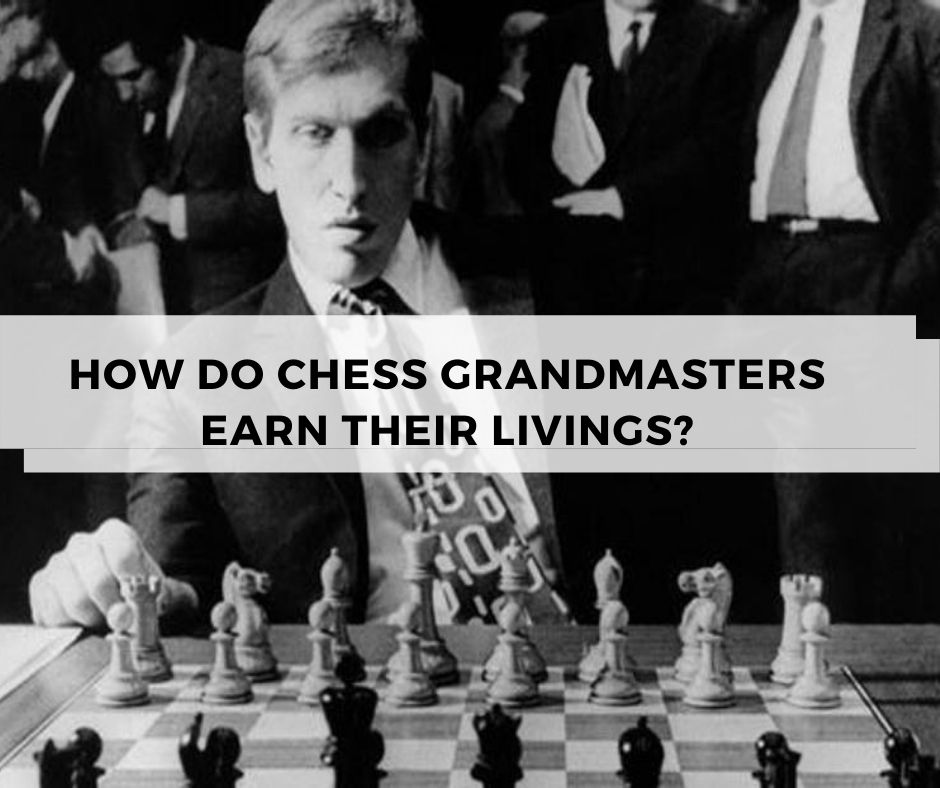 The numbers I gave above may seem a bit confusing at first. Yet, they come from statistics, so let me explain them more in detail. The “average” case for a chess Grandmaster’s activity is a split into coaching and playing. In these cases, masters reserve about 20 hours/week at coaching activities.

Now, you are probably raising the question — Wait, so they don’t make anything from the remaining 20 hours/week? Unfortunately not much, in any case not something with big statistical significance. That’s why from $3,200 the total monthly increases only to $3,500.

Let’s think about it. What are the revenue sources for someone who does coaching+playing, apart from coaching fees? Well… playing! Unfortunately though, chess tournaments are very competitive these days, so even if a Grandmaster can get a prize in the top-10 from 1-2 tournament per year, that will not change her/his average monthly income. We are talking about standard Open Tournament, of course.

Such a logic should also make clear why if they dedicate their time almost entirely to coaching then they can earn a better income. While it’s extremely rare to find students that occupy 40 hours/week like in a full time job, in average a Grandmaster who’s also got experience as trainer can coach for 30 hours/week. And if you do again the magic: 30 hours/week * 4 weeks/month * 40 $/hour, there you go, $4,800/month. The problem here is that very few Grandmasters are willing to spend so many hours teaching. Guess what? They prefer playing!

So we arrive to the last point, how do they make their income those who do not coach at all? First of all, these are not so many, exactly because it is really tough to make a decent income. Those who try, usually go with publications like books and videos. Even after a quite long research, I did not find any detail about the sales percentage offered by chess editors. However, I do know the percentage for other fields (the scientific field mainly) by first-hand experience. Therefore, even if you imagine an optimistic 15% it’s difficult to get more far than $2,500 per month. And this is for a successful publisher, otherwise it may be much less.

How big are the chess tournament prizes? 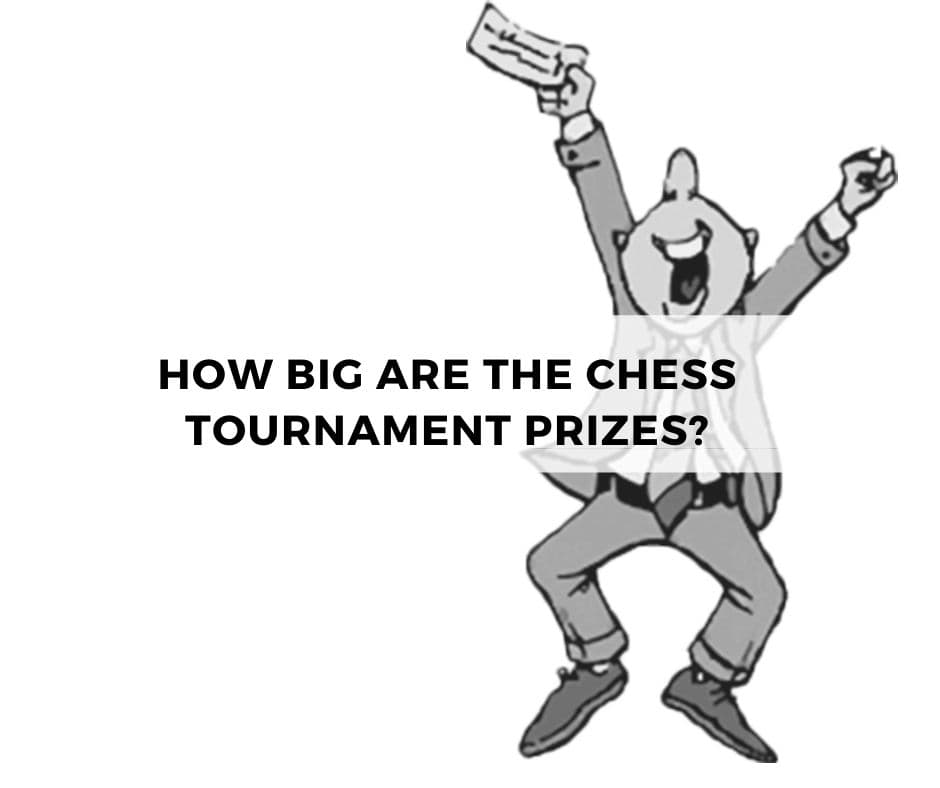 To answer this question I am going to give a short list of tournament types. How big prizes are strongly depends on that. Roughly speaking there are

In open tournaments you can find 500+ (even ++) players, and the first prize usually ranges from $1500 to $3000. I understand that this is a wide range, but it really depends on the single tournament. The problem many strong players have with this type of tournaments is that the prizes drop quite a lot each position. So for example the second prize is often only 60% of the first, the third is 60-70% of the second, and so on. With a fierce competition, this might be an issue, and you might end up in the top-10 but without getting a good prize.

In what I called “Open Elite Tournament” (not an official name!) you can find also a big number of people playing, but they are divided into (usually) 3 sub-tournaments, based on Elo threshold. Typical limits are below 1800 Elo; below 2200 Elo; and above 2200 Elo.

As you can imagine, in the latter case the tournament is actually quite strong, and prizes are better than in Open. First prize can be anywhere from $4,000 to $8,000.

National championship are extremely competitive tournaments, particularly in “famous” (chess-wise) country. Let’s take Russia, for instance. At the last Russian Chess Championship the winner, GM Dmitry Andreikin, brought home about $14,000 and a Renautl Kaptur car. Not bad for 2 weeks of work! So, you understand that if you are capable of competing at such level you won’t have many money issues. On the other hand, about 1% of the chess players in the world reach that level!

Invited tournaments are the top of the top tournaments. Here, the organizers carefully choose 8-10 players from the top-50 in the world, set-up an amazing planning with opening day, social activities and much more. Prizes are really good in these tournaments. For example, at the recent Sinquefield Cup in Saint Louis, where even the World Champion Magnus Carlsen played, the first prize was $75,000!

How much does the chess World Champion earn? 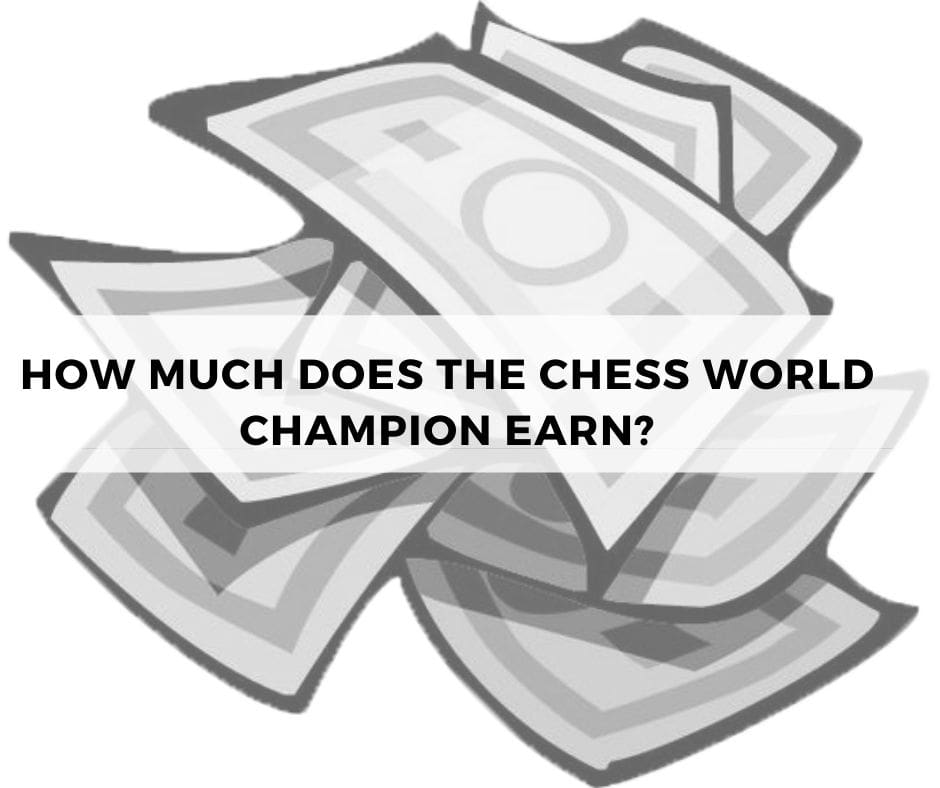 Let’s put it this way: the Chess World Champion, who is a GM himself, is surely a wealthy person. In 2014 the Match for the crown, played between Magnus Carlsen and Vishy Anand, had a total prize funds of 1 million Euros (approximately 1.1 million dollars). The winner of the match (Carlsen and so, the World Chess Champion) grabbed 60% of it.

In 2016 the match, between Magnus Carlsen and Sergey Karjakin, had again the same prize funds. And was won by the same person. Worth noticing that in both cases even the defeated grabbed a very nice compensation!

But that’s not all. You have to consider that the World Chess Champion takes part to a lot of Invited Tournaments too, and often with good results. Which means again big money wins. And invitation from a lot of places, including TV shows! Believe it or not, the Chess World Champion is a celebrity!

In short, it’s not possible to give a single number about how much the Chess World Champion earns, but he definitely does not have any economic trouble!

How to increase earnings for a chess Grandmaster? 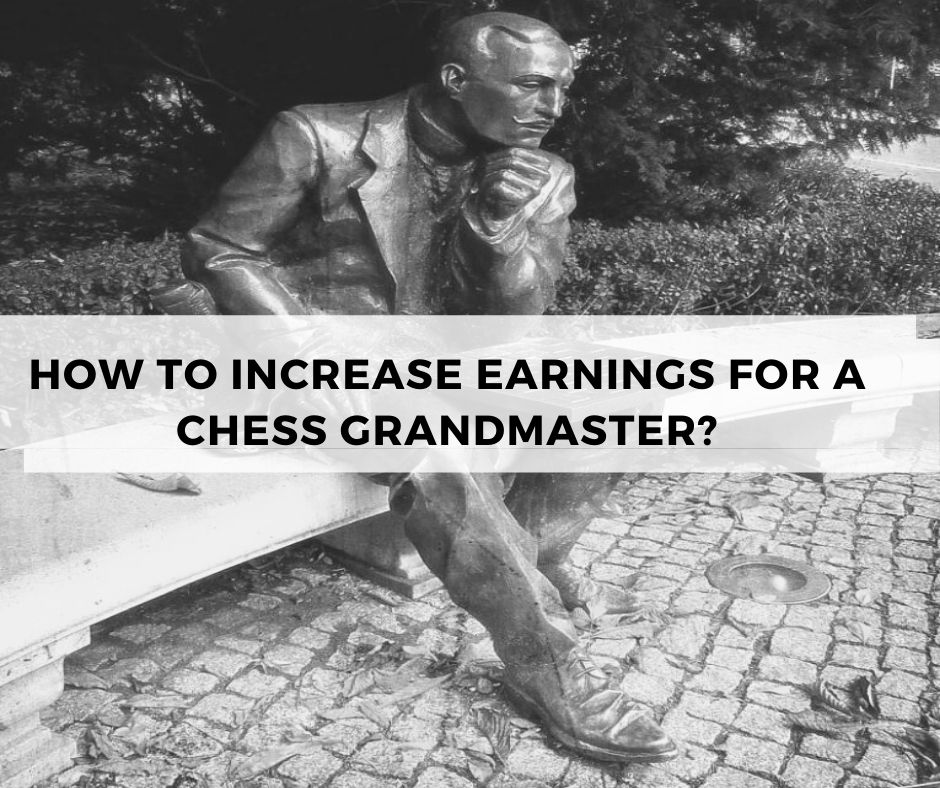 Chess Grandmasters are people with a broad and deep knowledge about the game. As such, it should be easy for them to sell their knowledge. Unfortunately (for them) it’s not. Chess is a complex stuff and being a very good player does not automatically imply being a good communicator and seller.

If I were a Grandmaster, and wanted to increase my revenue, I would work on my public appearance, especially online. Many, many GMs simply neglects the way they appear, and therefore are not capable to build a follow-up. Today, followers can very easily mean money.

Creating a brand about themselves is a quite difficult task in general, and probably even more in chess. However I would summarize it in a few steps:

If you are planning to invest time and effort to become a good chess player and make you income out of your knowledge, then I hope you enjoyed this article. I just want to point you to two resources I wrote recently, that you can find useful (and interesting too, hopefully):

I wrote this post to summarize how much chess grandmasters earn. The topic is actually quite tricky, because there are many ways GMs could capitalize on their abilities, and yet so many ways they can go wrong. I think that, generally speaking, GMs are not making the most out of their ability. Thus, I hope my overview and a few suggestions can help!