Is Chess Good for Old People? 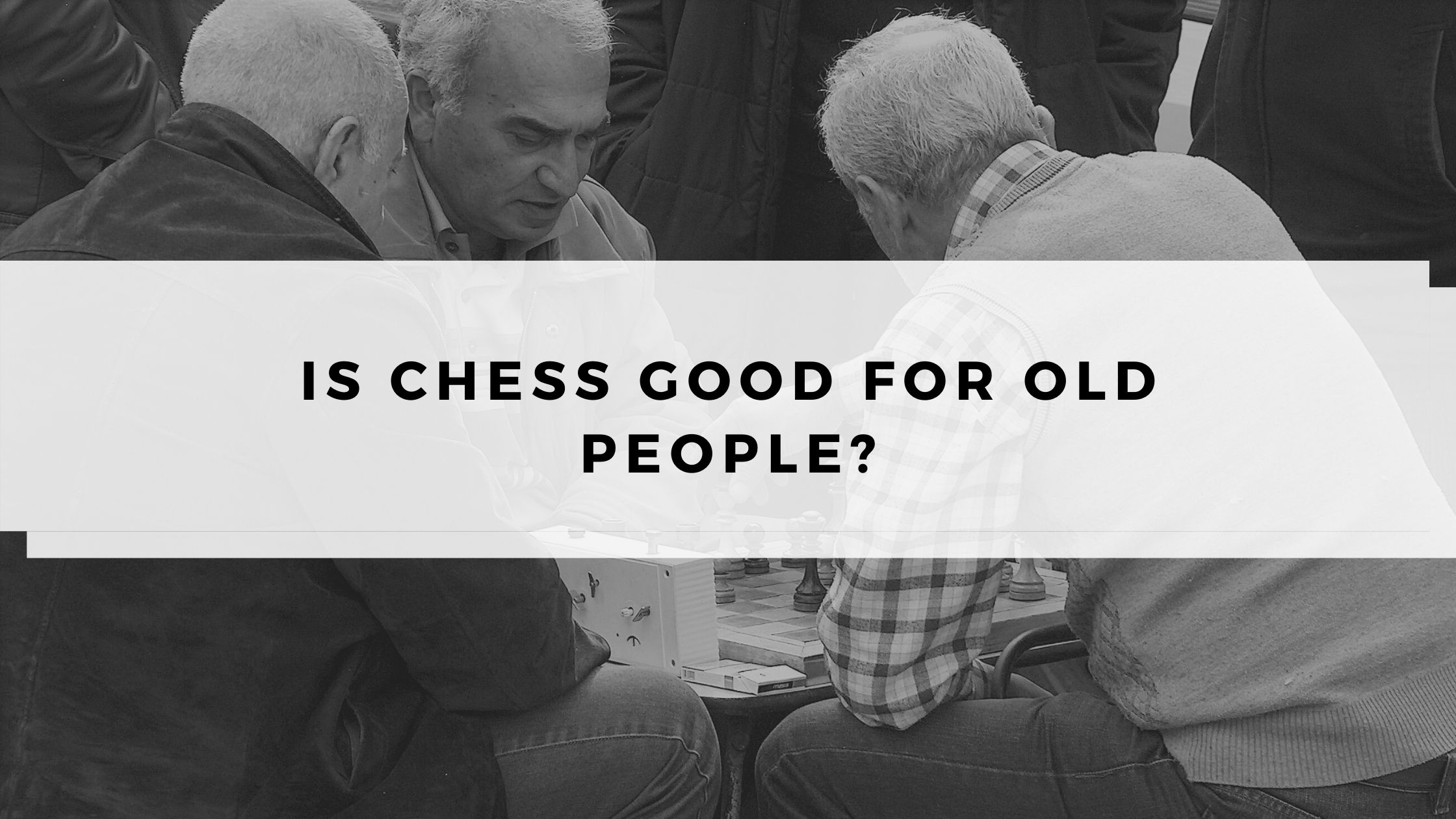 In a previous post I tried to answer to the question: is chess good for kids? In this post instead, I want to try to answer to a complementary question. Who said that only young people benefit from playing chess? — it couldn’t be more far from the truth!

So, is chess good for old people? Yes, chess is good for seniors. Several studies have shown that chess seems to prevent Alzheimer’s. Chess simultaneously trains several part of the brain, keeping therefore memory and analytical thinking sharp. It helps in preserving the spatial-visual processing portion of the brain too.

I would agree with you if you said that there are several other activities that have similar effects. Music and reading for example. But in my opinion chess is well suited for seniors, in the sense that is a quiet activity that does not require physical excellence. At any rate, whether you are senior or not, keep reading to know more details!

Why is chess good for seniors? 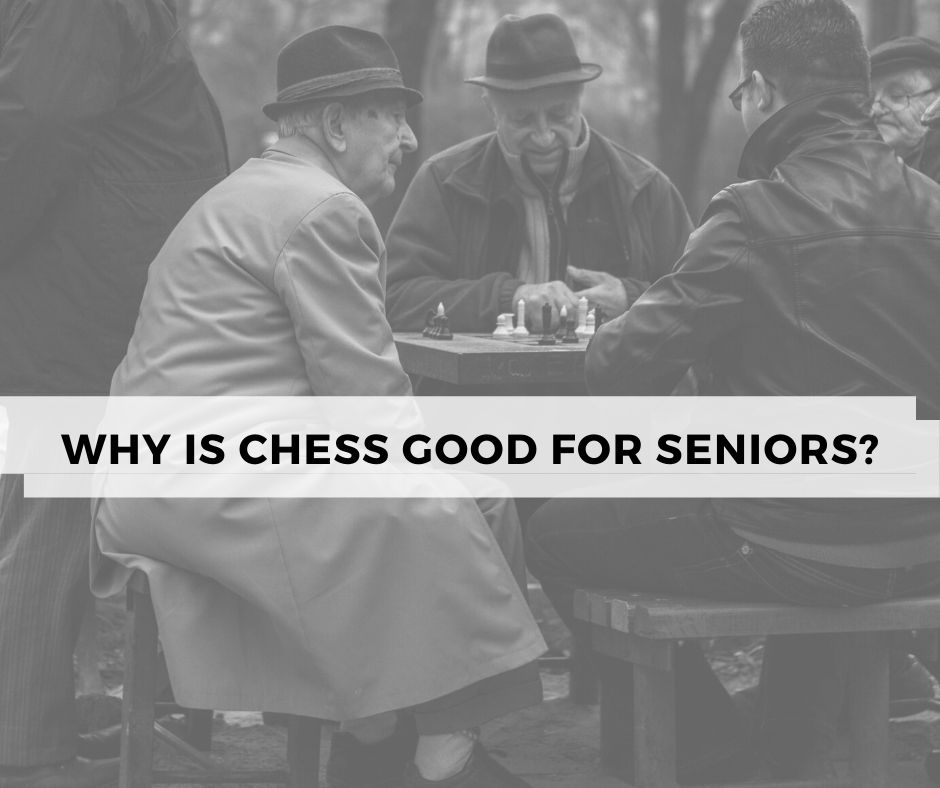 If you are following along some of my posts then you know at this point that I like to divide the benefits of playing chess into two categories: Benefits from studying and training; Benefits from playing, competitions included.

Let me start by the training. I mentioned in my post about chess coaches that training is, in many’s opinion, the most important part of your chess activities. And for a number of very good reasons. Training is thought to increase your ability in several aspects of the game: tactics — by solving puzzles daily, strategy — by studying games from top-GM, memorization of openings, calculation — in a lot of ways, including studying endgames.

If you think about it for a minute, you might agree with me that all those activities are kind of a “brain exercise”. Let me try to be more specific. Tactical training improve the spatial-visual processing capability of the brain. Learning patterns, like in openings or famous games, trains the memory. Calculation training (that is, training yourself in calculating long variations without moving the pieces on the board) is quite a strong effort that involves multiple part of the brain.

On one hand, all these kinds of training are, without any doubt, useful at any age. But in particular for seniors, a constant training of the brain can even help reducing the possibility of Alzheimer’s syndrome. A study by Dr. Robert Friedland makes exactly this claim, saying that people who do not train have higher chances to loose their brains' power. Friedland is Professor of Neurology at the University of Louisville.

Can a senior learn chess? 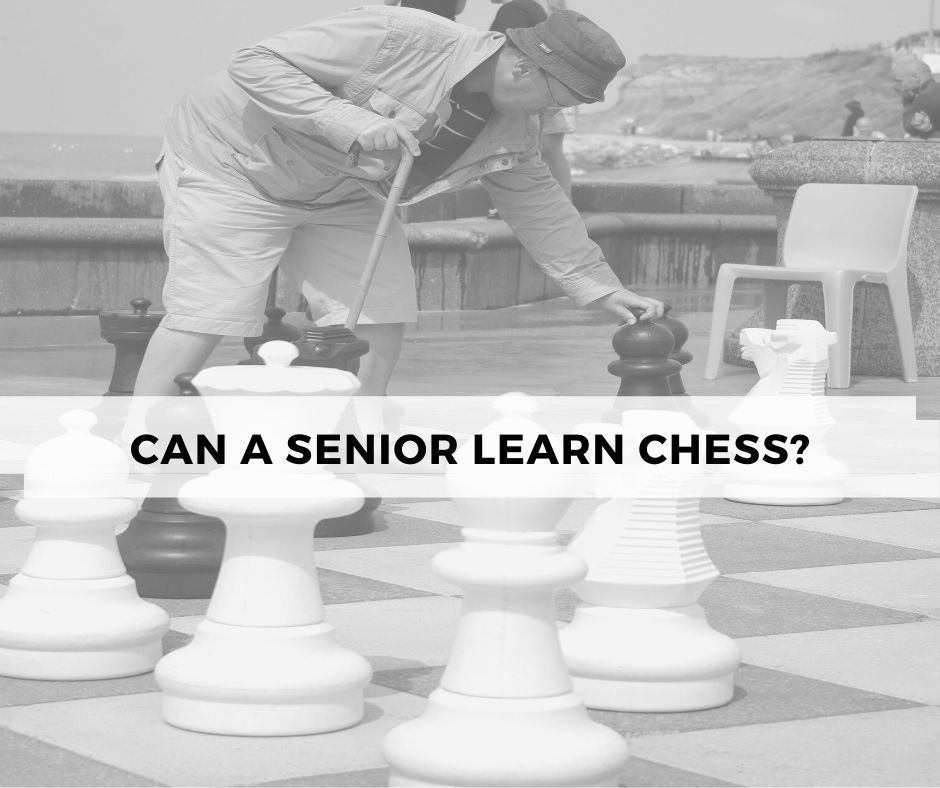 Of course they can! Even if you don’t know the rules at all, it is entirely possible to grab a decent book, or a few video lessons if you prefer, a chessboard, and simply start. Even if your current level if almost zero, actually even if you have never seen a chessboard before in your life, start now because every day will be part of the learning process. And learning is the same process that in the above section I mentioned helps your brain.

There is one more point I would like to touch on. After all my words spent on the benefits of training, I don’t want you forget about the benefits of actually playing chess!

Chess is a fun activity. Unless you are obsessed with it, of course, in which case it can turn out quite badly. But if you are a senior, then I am pretty sure you’re approaching the game just for the sake of having a funny hobby. Well, let me tell you one thing: chess is perfect in this sense.

You will have a lot of fun with your peers during the tournaments, analyzing each other games, probably making fun of each other mistakes, and certainly enjoying dinner(s) together. As I explained in a previous article (How long is a chess tournament), you can make the best use of your retirement status to fully enjoy either 3-days or 1-week long chess tournaments. This way, you will also have the chance to visit some nice location!

Strictly speaking about the question “can a senior learn chess”, as I said the answer is yes, but I would like to elaborate a bit on the “how”. Unlike my suggestion for general learners to have a coach, for seniors I simply think that it would be better (and funnier) to have a sparring partner. Practicing and studying with a chess partner is my top choice for the early stage of the learning phase (and this is actually how I learned, just that I was 15 — not quite a senior!).

If had to pick one suggestion for training with a partner, assuming that both of them are seniors, then I would say: You just play game after game and spend as much time as you can analyzing each game after it’s over. Do not play fast time control, otherwise you can’t practice much your calculation. Try really hard to go in depth in the post-mortem analysis. And have fun!!

Are there chess tournament for seniors? 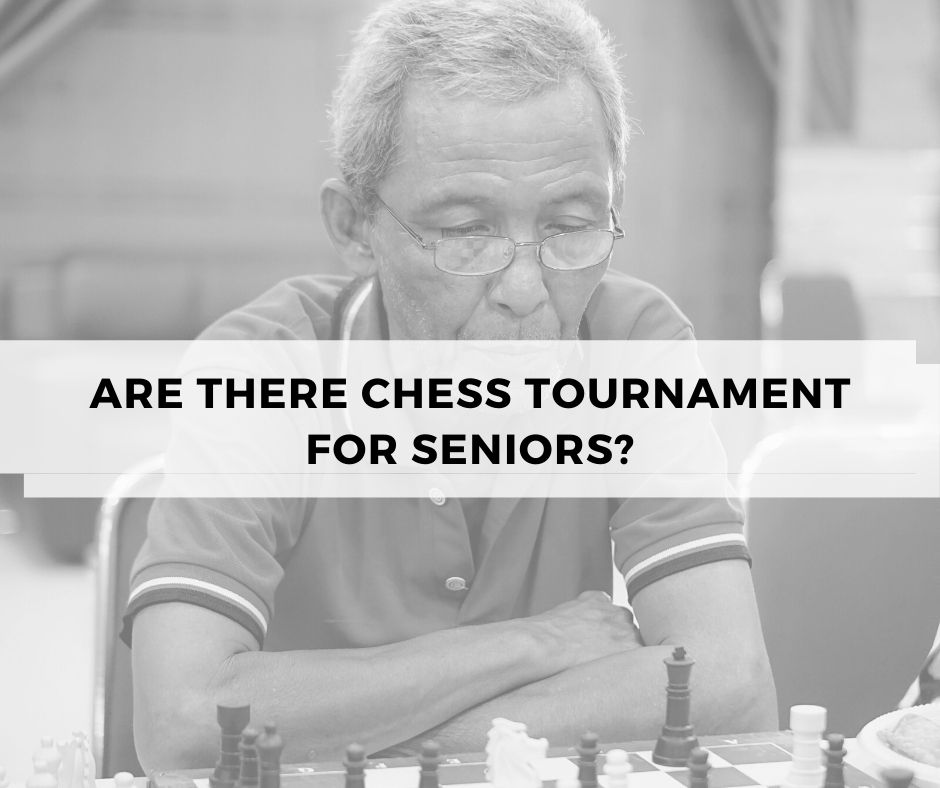 Senior chess can be competitive! In big Open Tournaments, prizes for seniors are actual money prizes, so you know, for someone there’s something at stack. It’s almost impossible to say how much would a prize of such be, however it should be somewhere around 1/10 of the first (absolute) prize.

Who is the strongest senior at chess? 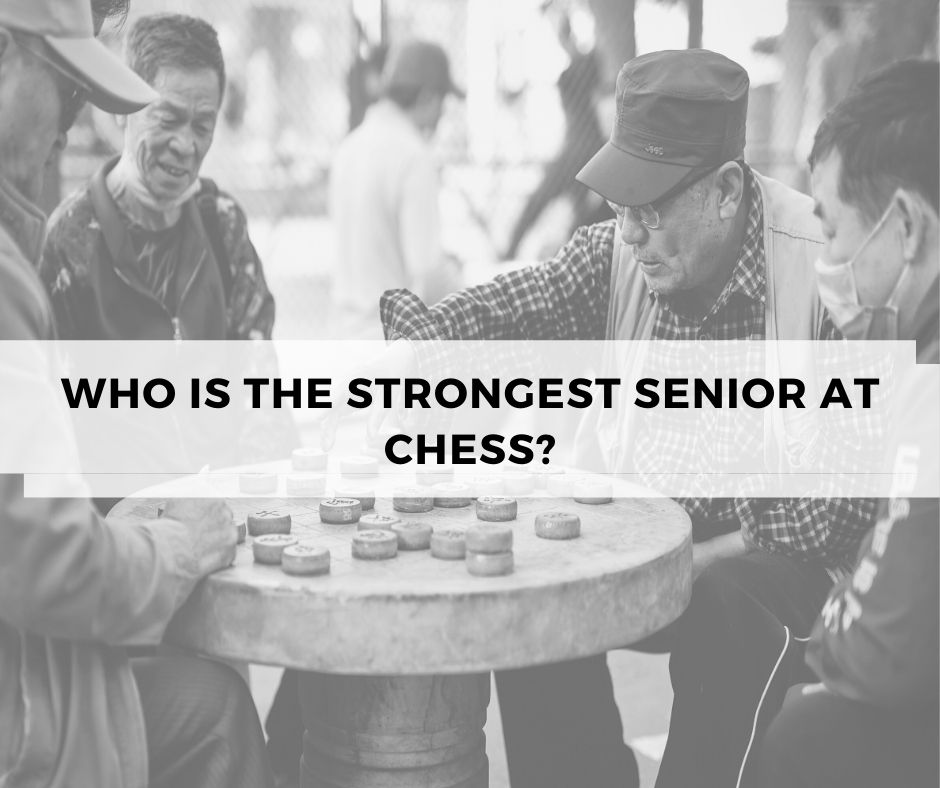 The FIDE (Fédération Internationale des Échecs, or just World Chess Federation, in English) organizes a annual tournament that decides who will be the World Senior Chess Champion since 1991, with separate competition for men and women.

For some reason, starting in 2014 FIDE has split the championship further, with two competitions for men: one for those from 50 to 65 years old, and a second one for those 65+. Same for women, so at the moment there are 4 competitions and 4 world senior chess champion titles!

At the time of writing, these are the champions:

I would also like to say that the great Viktor Korchnoi has been World Senior Chess Champion (65+) in 2006, the only time he participated. Despite his age, he was still too strong for the field so probably decided to not compete anymore in that championship. That is my guess, at the least!

In this post, I talked about chess for seniors. I just wanted to make clear that chess is a good sport for old people! It has several benefits on the brain activity, and some claim that can help prevent Alzheimer’s.

More than that, there’s a lot of fun activities around chess for seniors, including dedicated prizes as well as a dedicated world championship.