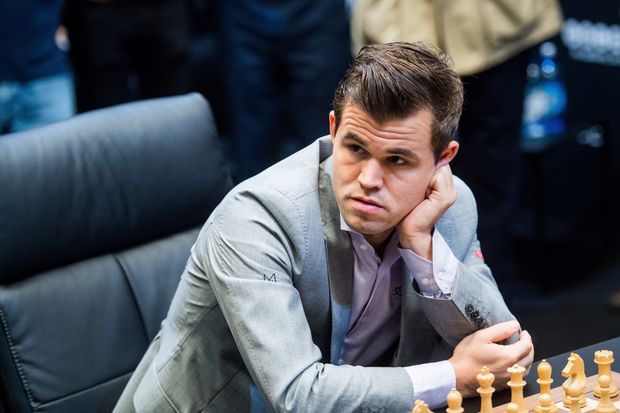 There is no doubt that Magnus Carlsen is one of the greatest chess players of all times. What is very unique about him is his huge ability to grind a win out of very tiny advantages. He has a universal playing style that puzzles his opponents and a machine-like ability to calculate deeply in very complicated positions!

In this article we will discuss some of his games where he showed great opening preparations, middle game skills and a brilliant endgame technique. His talent as a young boy rocked the world after his famous draw with the Legendary Garry Kasparov at the age of 14. Everyone started speaking about the mysterious and talented boy from Norway and feared to play against him!

Our first game would be the 14 years old Magnus Carlsen against Garry Kasparov. For Carlsen, it was a great chance to prove himself against the best chess player in the world at this time. He knows Garry Kasparov has a legendary opening preparation. He avoids Kasparov favorite opening the Sicilian Najdorf all together by playing 1.d4 thus making the game less theoretical and making sure to not get caught into one of Garry’s brilliant opening analysis.

The sharp alternative is 5…dxc4 , known as the Botvinnik System. Kasparov is using the correct strategy of not going into sharp variations against a child who calculates like a computer!

Kasparov plays the Cambridge Springs variation, which is not as volatile as the Botvinnik variation.

Well known approach. The alternatives is 9…dxc4 but Kasparov prefers the dynamic play, quickly opening up the center to exploit white lag in development.

a necessary move. If white plays the horrible 11.exd4 the simple 11…dxc4 is a discovered attack on the g5 bishop which forces white to either give up the bishop pair in an open position or lose a pawn for nothing.

Now the position is fairly equal, white has a weak pawn on d file, however he has more free play with his pieces and some prospects to attack black king, black has less space and he needs to figure out a plan to pressure white before his king gets under attack. 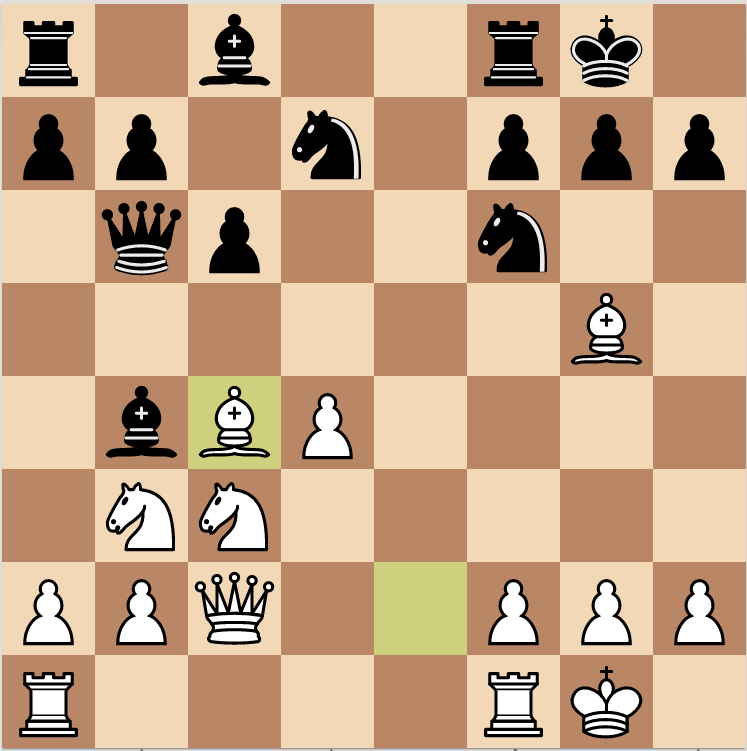 13…a5!? trying to disrupt white coordination on the Queen Side

A slightly better variation for Black would have been 19…Be6 20.Nxd6 Nxd6. 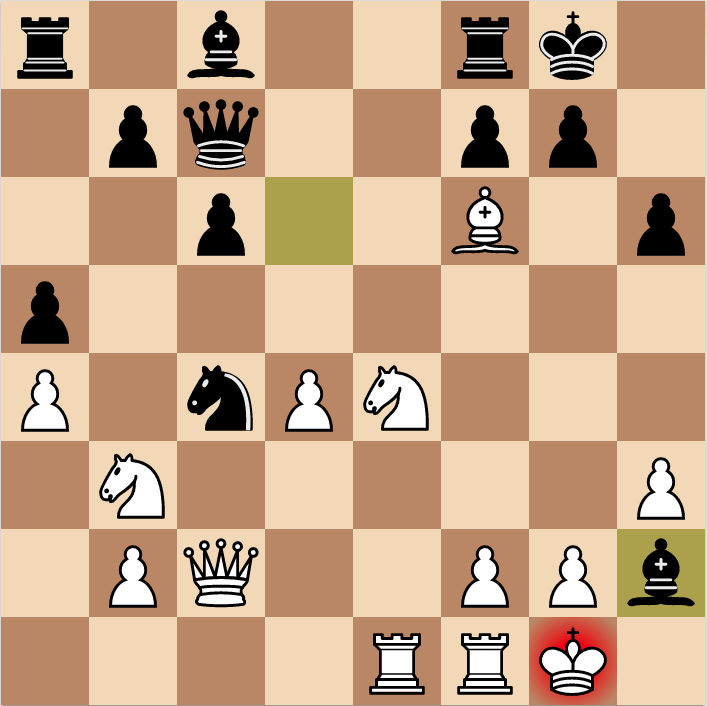 Wow, the kid has Kasparov sweating, but he sees that after 30.Nxa5 there are enormous complications arising from 30…Bxg2 When you are a pawn up against the world’s strongest player you do not want to give him this kind of counterplay, but rather to simplify the position and win in the endgame.

When you are a pawn up and have opposite colour bishops it is usually better to keep the queens on the board. I would have have played 32.f3.

The remainder of the game is a opposite-coloured Bishop, leading to a draw.

And draw agreed. Kasparov was lucky to escape with it!

You can now rewatch the entire game in my LiChess study:

When it comes to Carlsen playing the black pieces, he doesn’t believe in playing for a draw. He always tries to find the way to counter attack and get the white player under pressure. Our next game is another display of 14 years old carlsen‘s perfect endgame technique!

choosing the nimzo indian one of the most straightforward ways to answer 1-d4 and play for a win!

10.f3 White wants to occupy the center and take huge space advantage with e4 d4 c4 pawns. However, black has so many ways to counter attack it right from the start 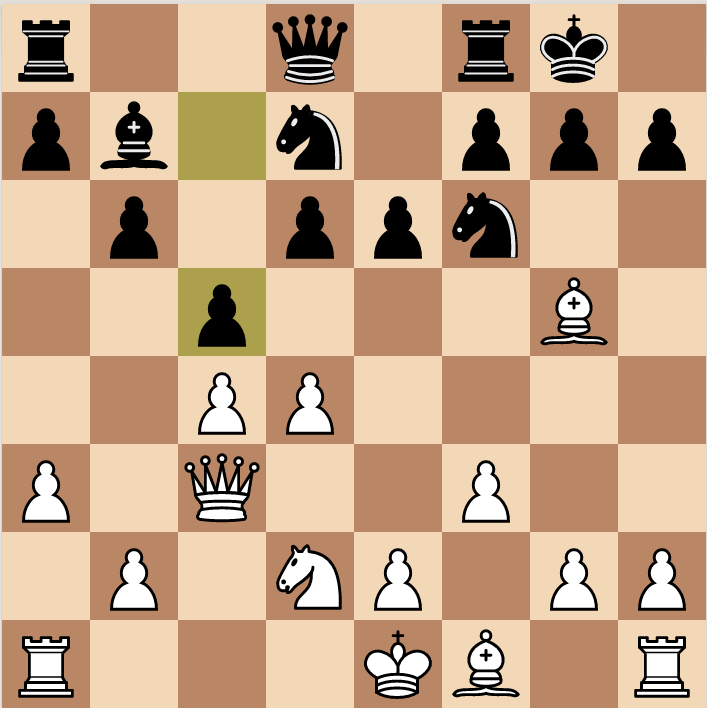 Besides this move black has two alternatives:

white main idea, other alternatives are not good enough. For example 11.dxc5 dxc5 12.e3 h6! 13.Bh4 e5 14.Qc2 e4! snd black is starting to open the game really quick while white king is still in the center and his pieces are underdeveloped.

Closing the center and making sure that white light square bishop stays bad for a long time! 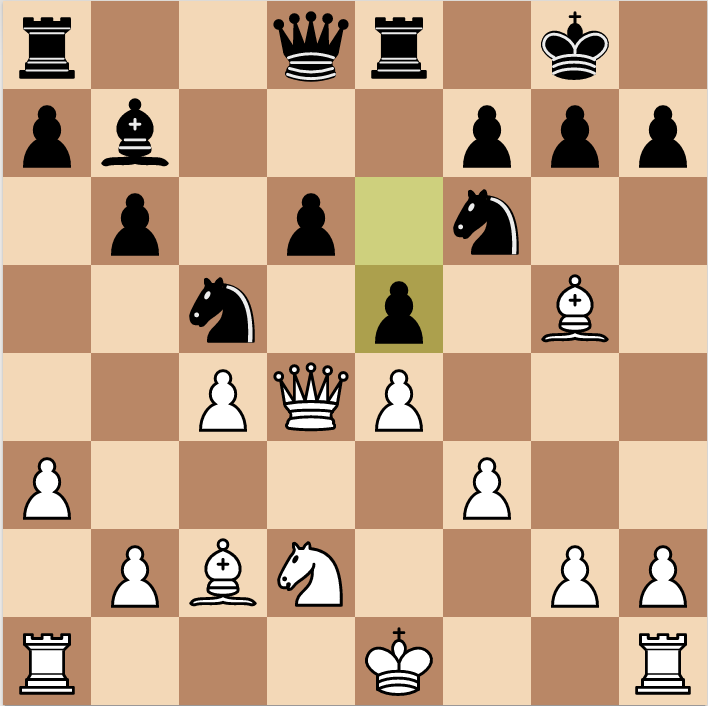 A deep strategic move. White has a bad bishop and more space, while black would like to go into the endgame where he could exploit all the weakness in white position due to over extended pawns.

The position has become simpler, and now with such structure of the pawns White doesn’t have even the minimal positional advantage.

19…Kf8 Black remembers that his king is a very important piece in the endgame! 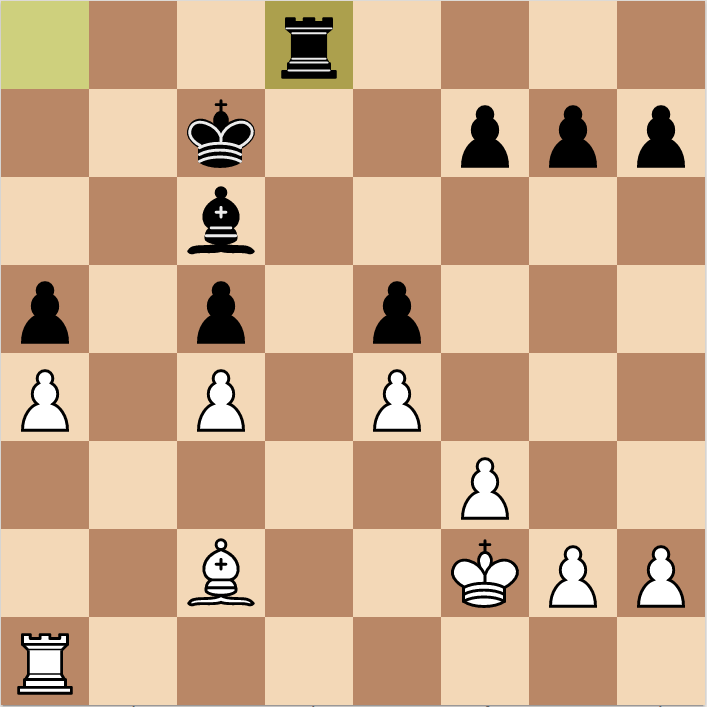 This position is a typical example of a good bishop against a bad bishop, an active rook against a slightly passive rook and total control of the open files and squares. Psychologically speaking, it is very hard for a white player to be defending such a position as he studied before these typical ideas and he knows it is an easy win for the black side.

A maneuvering stage, and Black provokes movements of g2 with the purpose to create of weakness in camp of the contender.

This beautiful endgame is worth watching and rewatching. It teaches a lot about how to fight against a bad bishop.

Our last game is a very recent one played in May 2020! Against one of the top 10 in the world, Alexander Grischuk. It shows how far Magnus has gone in his Opening Preparation and why he is the number one player in the world!

5.Bxc6 playing a simple variation in rapid games where you can just play chess is always a good idea

White delays castling and keeps all his options open. He can castle queenside or even play Ke2 keeping his king in the center because it is safe there and due to the exc6 capture in the opening. Black doesn’t have any easy way to break white central control. 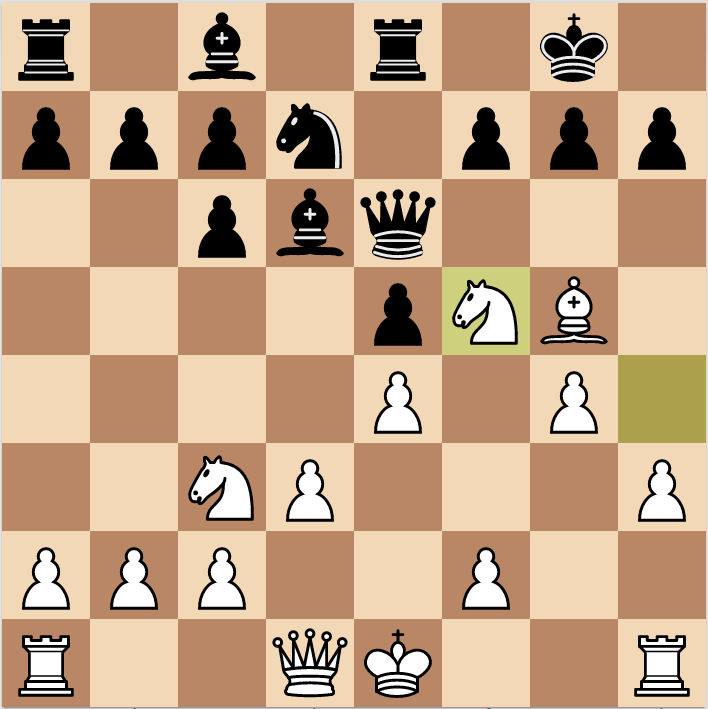 Black problem is the lack of a counterplay. He must react to white threats. This is a very bad sign in chess and can be deadly in rapid and blitz games.

Perhaps 18…b4 19.Ne2 a5 was a better try to dislocate white pieces a bit. The problem is that White is much faster on the kingside.

What an annoying move! White is threatening to exchange black best piece which is the knight on e6 removing a vital defender of the c5 pawn. Black moves are pretty much forced here. 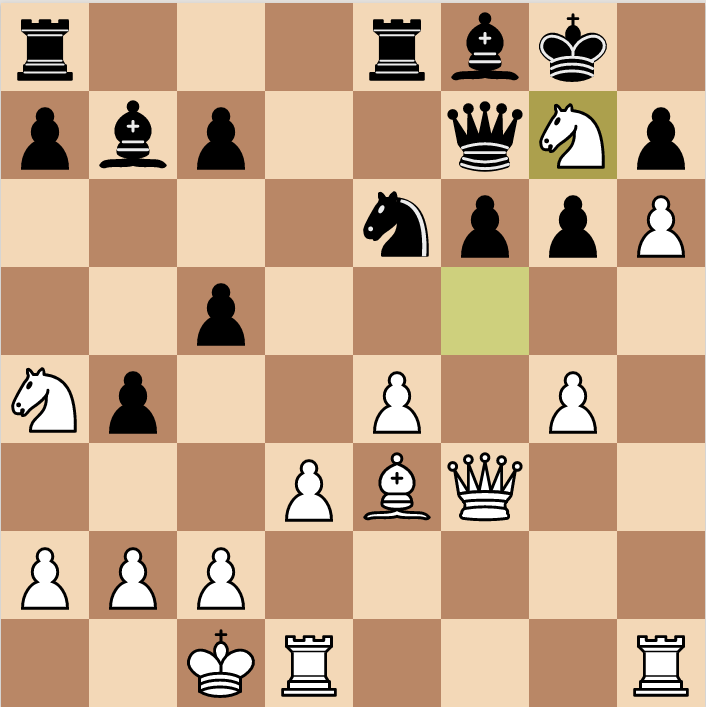 this is an opposite color bishops middle game where black king is totally uncomfortable while white king is out of the action.

28.Bf8?! Rxf8! Black happily gives up the exchange for a pawn easing the pressure on his king. However in a rapid game, White plan now is so simple: exchange all pieces and get to an endgame with bishop against rook easily wins.

The last move is a very difficult to spot blunder! Black understandably wants some counter play. The problem is that he isolates his queen from the defense of his pieces and white quickly exploit this.

Black has no counterplay and the mating net is set around the exposed black king in the center. Black resigned!

And here’s the whole game to replay.

In this article we have explored the favorite chess openings of World Champion Magnus Carlsen. In reality, Magnus really like to change his opening systems a lot, especially against “weaker” player. He strongly favors the positional approach, when he grinds down the opponent and spills water out of stones. But he’s also fantastic at calculation, which means he’s ready for the sharp opening lines as well.

In this article we saw examples of the Spanish Opening, the Nimzo-Indian defense and the Queen’s Gambit Declined, in which he player top-class players, including Garry Kasparov, and showed how succesfull his approach to the opening strategy is.