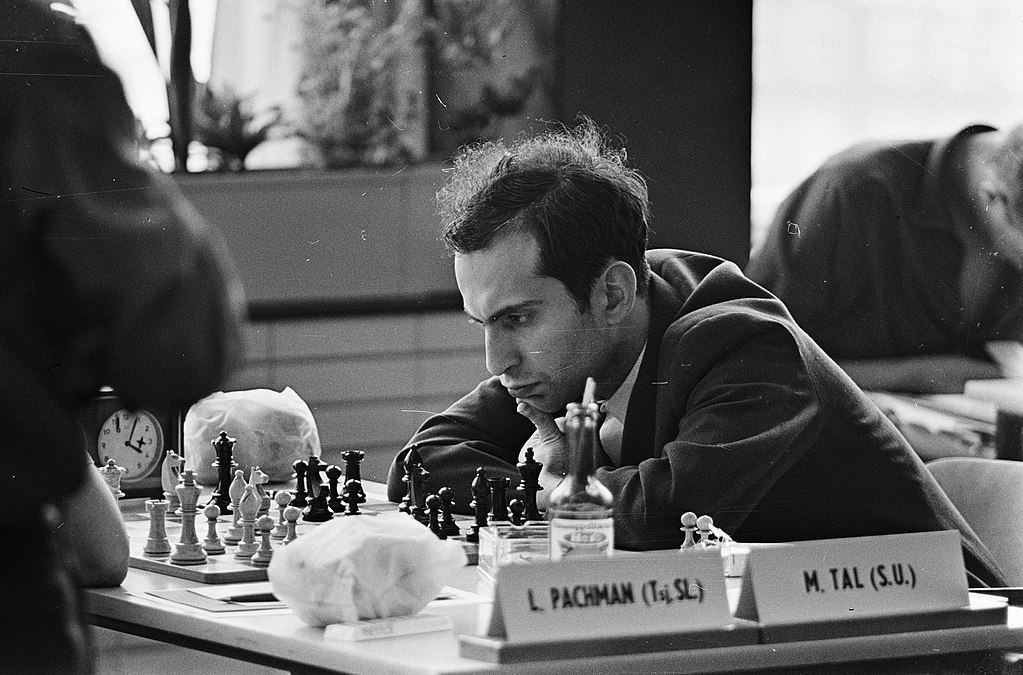 No one Can deny that Mikhail Tal is one of the most talented players of all time. His attacking style captured the heart of many chess fans. However, it was not always known to be the case for him. As a young talent, some Grandmasters thought he has no future in chess!!

“Believe me, playing in such a style, this guy has no chess future.” – Peter Romanovsky (on a young Tal)

Many Grandmasters were skeptical about his style of play, till they had to face him on the chess board and withstand his severe pressure, most of them failed to hold on and got crushed over the board!

In this article, we are going to show Tal best couple of games with quick analysis!

In our first game we have picked a game where Tal was playing black. Tal fell in love with the Benoni defense for black as it suits him completely. The Benoni opening starts when white plays 1-d4 Nf6 2- c4 and then 2-…c5!?

the idea of this opening is to counter attack immediately white center and it can lead to extremely complicated positions where one slip would cost white or black the game. Sharp tactical players have always employed this opening in their games. It is an opening that black would play in must win situations.

We would like to mention that Bobby Fischer played this opening against Spassky in their legendary rivalry. It was considered suicidal by the chess community at this time , However Bobby achieved so much playing this opening!

as you see in the game above, the game started normal Benoni , till tall hit him with 5-..b5!? switching into a Benko gambit style play. White tried to play safely, develop his pieces and castle. However, it was too much to ask against Tal!

White slow development led him to troubles that he got hit with the Nxe4! tactical shot losing a pawn and worse… making white king stuck in the center.

The heat of the game reached it is hottest on move 14 where white could have a chance to save the game accepting a much worse position by playing the simple 14-Qxd2 and quick castling. However, white played the seemingly logical Bh3 keeping his dark square bishop. This move proved to be fatal and white got crushed in the next moves with the fantastic 14-…Bg4!!. 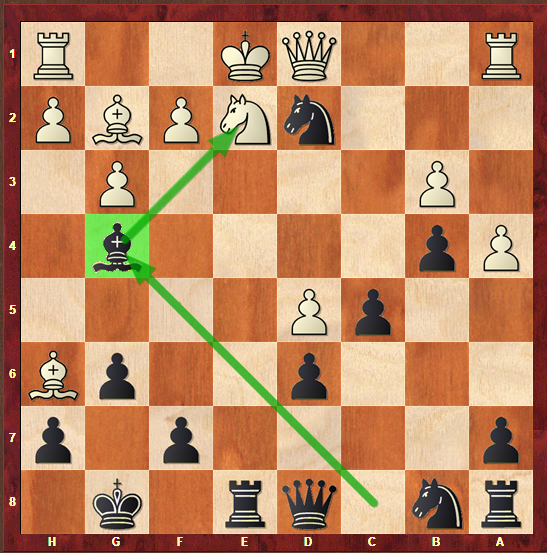 White loses material by force now and in few moves he resigned !

Our next game is absolutely chaotic. Try to go slowly through this game as each move is tactical!

Tal went for the open Sicilian the 6-Bg5 line which is known to be the most aggressive. White started a pawn storm which is typical for opposite side castling. Then Tal hit with a pawn sacrifice 15-g6!!

The game continued with another pawn sacrifice with 19-e5! .The point of these two pawn sacrifices is to just to open files and diagonals against black king with multiple mating threats that black couldn’t solve at all and resigned eventually

These couple of games are just an example of how aggressive Tal is .There are so many other games that show his creative style.

One last note we would like to mention, in the last 10 years AI has developed so much. A new AI program called Alpha zero defeated the strongest chess engine in a 100 game match without losing a single game. The astonishing point is that the AI playing style is similar to Tal style. It sacrifices pieces and pawns to open lines and get the initiative.