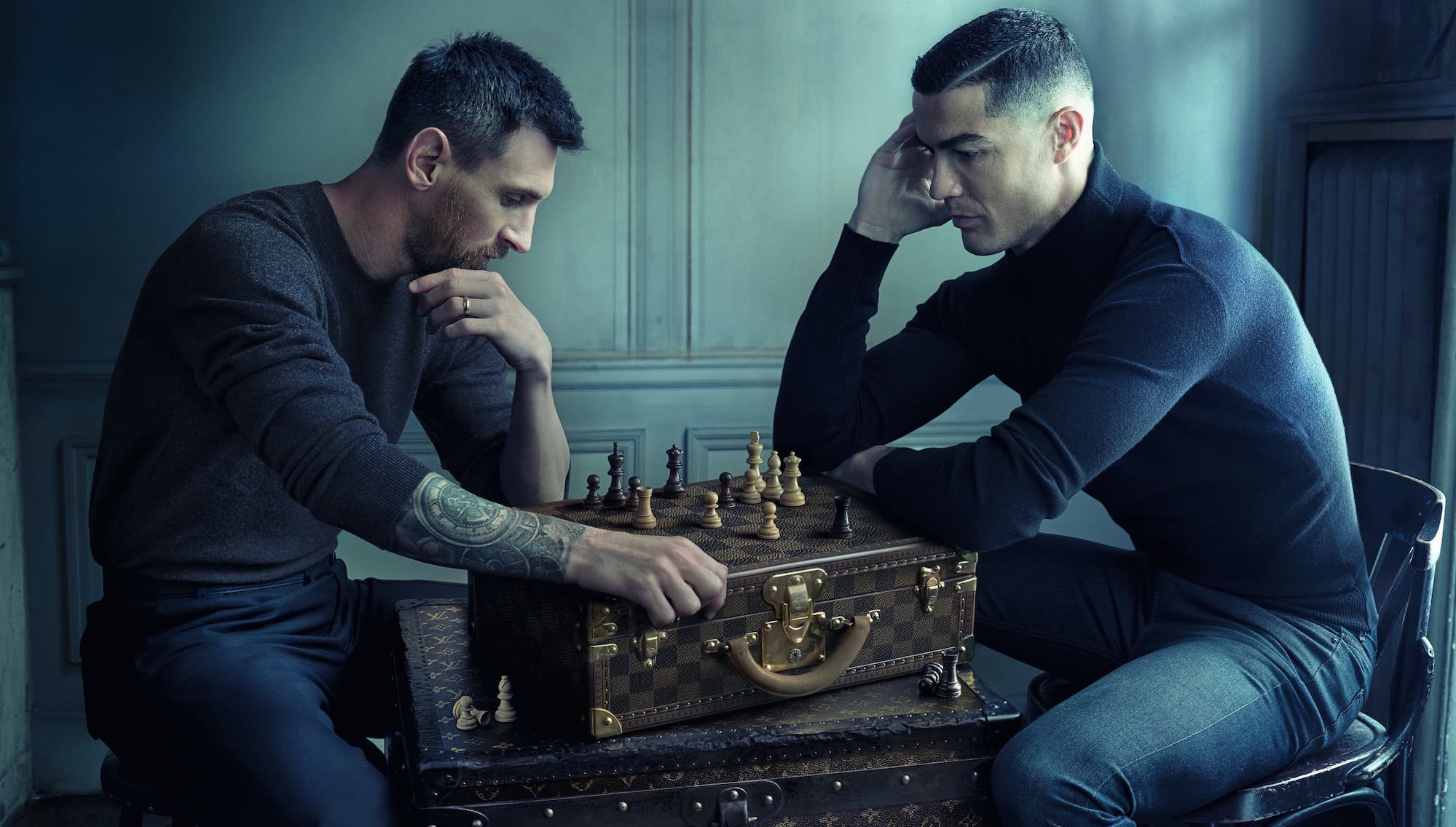 Few days ago, both Lionel Messi and Cristiano Ronaldo posted a photo of them playing chess with a phrase saying “Victory is a State of Mind"

This is part of Louis Vuitton Campaign. This campaign celebrates the French luxury house’s artistry and expertise in the arena of travel trunk craftsmanship as the brand has created the elevated storage pieces for both athletes, nodding to the FIFA World Cup.

The campaign is in the arena of travel trunk craftsmanship as the brand has created the elevated storage pieces for both athletes, nodding to the FIFA World Cup. It shows the famous athletes engaging in the beautiful mind game of chess!

Many details in the photo!

The picture sees the legendary footballers deep in thought over an intense game of chess, which is played on a checkered Louis Vuitton suitcase. The caption reads: ‘Victory is a State of Mind’.

Fans of chess were also quick to realize that the position of the chess pieces was not just randomly assigned, but that it actually mimics a match played by respective chess grandmasters Magnus Carlsen and Hikaru Nakamura at the Norway Chess tournament back in 2017.

The iconic chess match ultimately resulted in a draw between the two grandmasters, drawing parallels between the long-standing rivalry and never-ending debate between Ronaldo and Messi,

Another detail that many people on the internet picked up on is that the Louis Vuitton trunk, on which the game of chess is played, has a more emblematic meaning than it seems.

Images from the 2018 FIFA World Cup held in Russia are being circulated around, which show that a Louis Vuitton briefcase was used to present the World Cup trophy ahead of the opening game and the final in Moscow.

This adds an incredible symbolism to the viral photo, as both football stars will battle it out at this year’s World Cup, in which many are calling their ‘last dance’.

GM Hikaru Nakamura and Magnus Carlsen reaction to this photo

After this post was taking over twitter rapidly, the legendary grandmasters noticed that the position is familiar to them. GM Hikaru Nakamura tweeted, I wonder why this position looks familiar to me!

GM Carlsen the world champion and the world number ranked player in the world tweeted a screenshot of his game with Hikaru over Chessbase stating " Second greatest rivalry of our time mimicking the greatest"! 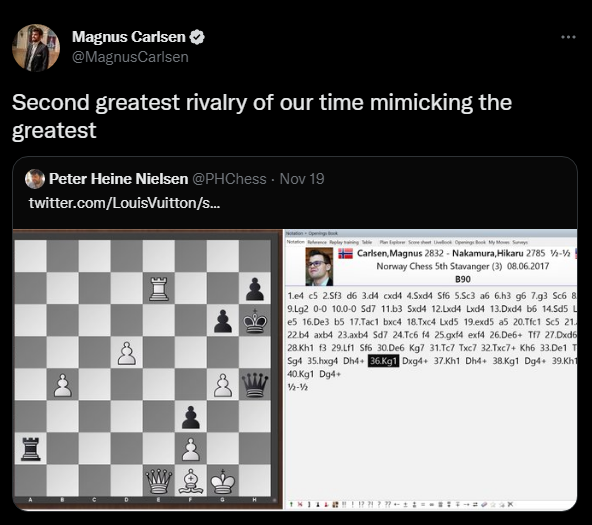 What are the effects of this post on the chess world

in the recent months, there has been an upward trend regarding the attention to the chess world. many famous celebrities tweeted about chess in many several occasions including Elon musk!

Chess is a symbol of intelligence and elegance. It will always be used as a symbol of mental strength and we are glad to see it getting more popular between celebrities!