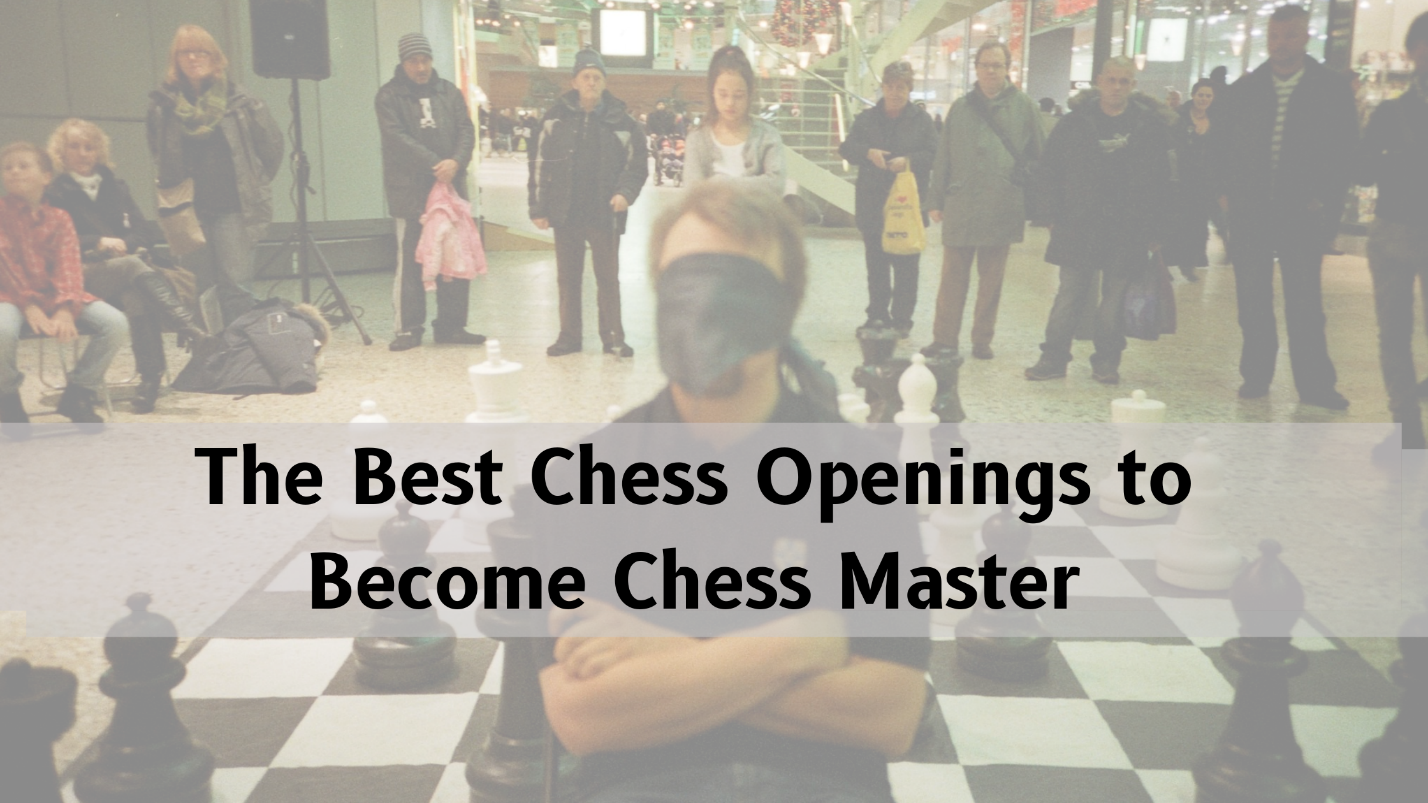 I found many people desperately seeking ways to earn the landmark Elo of 2200 in many chess forums.

For those who don’t know, “The Elo rating system is a way to compare how good players are at games like chess where there are no winners or losers. It is named after the Hungarian-American physics professor who came up with it, Arpad Elo.” Now, let’s dive in.

First of all, let me clarify one thing. I used the number “2200” as an example of a standard Elo for people who want to increase their Elo. It’s an instance.

My first suggestion will be the most essential suggestion on earth. Play more! There’s no alternative to this.

After that, be CALCULATIVE while making your moves. Because of this, computers play the finest chess on the globe. It may not be the smartest player, but it will win if it can quickly compute 20 moves in 10 lines. Basically, if you calculate better than your opponent, you’ll win the game. Now, how do you calculate better than your opponent? It’s faster and more profound. Grandmasters have extraordinary calculation skills and can analyze up to 15-20 moves deep. How would you? Here are some quick suggestions:

Choose 2 to 3 best moves in the position. Candidates move. After a candidate move is played, we only need to calculate 2-3 lines. This simplifies and speeds up calculations. Instead of random variants, focus on the strongest, most crucial continuations.

Your capacity to calculate variation depends on you. Training can help. Solving tactics issues (5-7 movers) in your brain without moving the pieces is successful. First, find candidate motions, then estimate variations. Consider each problem a tournament position.

For more details, you can go through one of the articles. Just click on the image below: 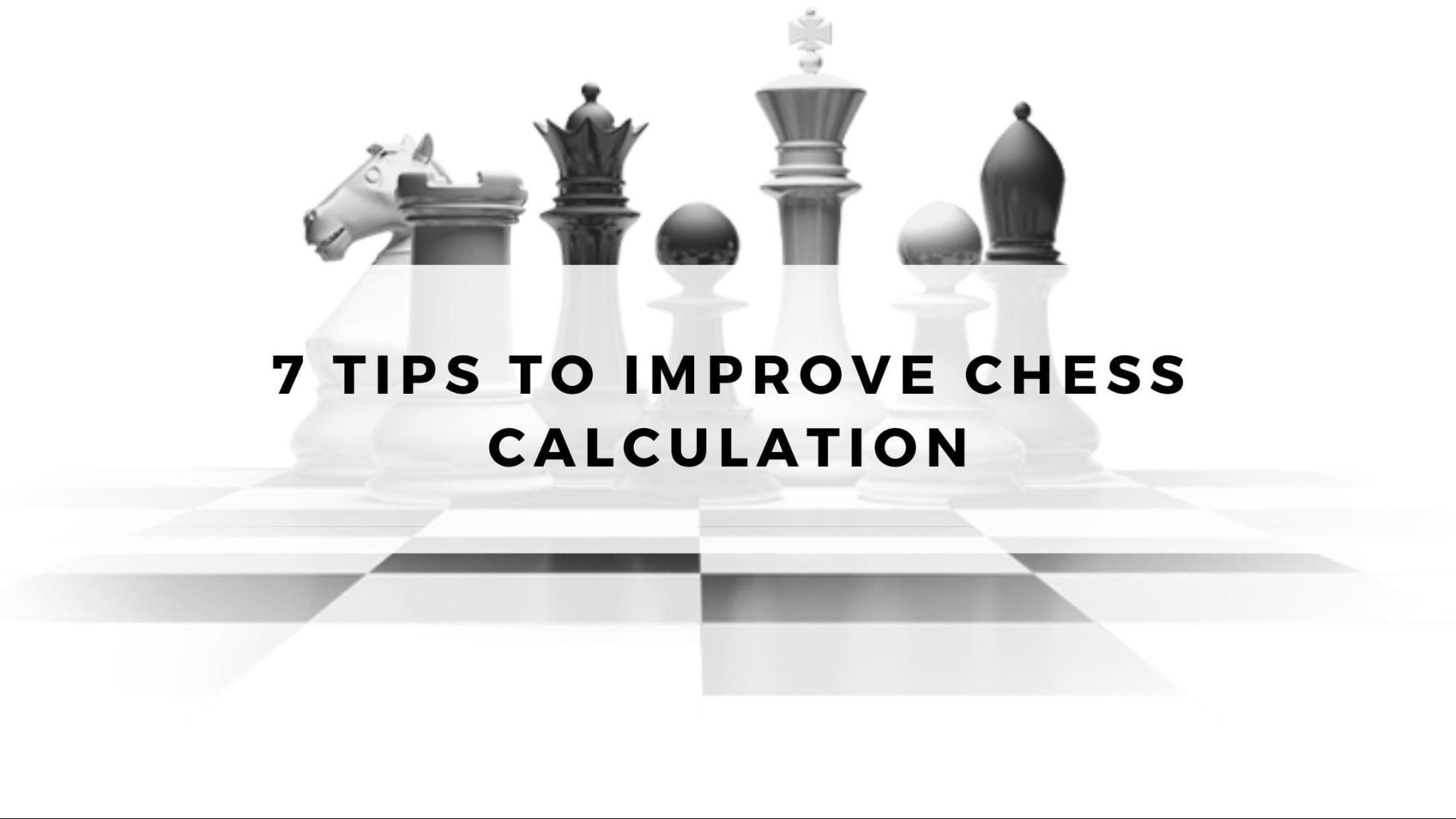 Why is Learning Chess Openings important?

Two distinct groups of people play chess: those who spend all day studying chess openings and those who never bother to learn them. When it comes to club players, there are a lot of common myths about researching opportunities. It would appear that a good number of them are oblivious to why they should or should not learn chess openings. Regardless of a player’s rating, it is recommended that they learn chess openings for several very significant reasons, which we will go over in this article.

Regardless of a player’s rating, studying chess openings is critical. For players below 2000, it’s possible they shouldn’t spend all their attention on the openings. In order to avoid being in a losing position, they must, however, play the opening well enough. If a player consistently loses a piece by move 15, all knowledge of the middle and endgames is of little use.

Studying chess openings is critical to your overall success, so do your research!

Openings with Black: The French Defense

The French defense is a chess opening for Black named after French players who used it in correspondence. It is basically focused on the moves 1.e4 e6 2.d4 d5.

After the moves 1.e4 e6 2.d4 d5, Black faces the French Defense, a semi-closed chess opening (see the position on the right). In 1834, during a correspondence match between London and Paris, numerous French players employed the opening, and it was given the name “French Opening.”

As soon as Black begins the French Defense, he pushes for the center and establishes a solid e6-d5 pawn chain.

The c8 bishop’s limited range is the fundamental weakness of this opening. Black can activate the light-squared bishop at a later stage of the game. 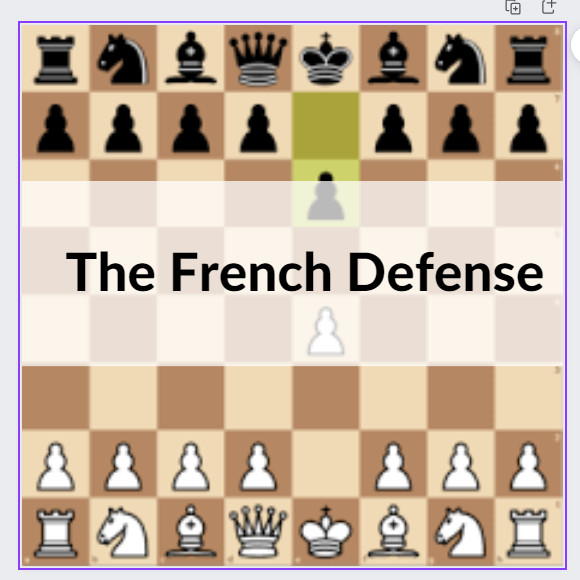 Openings with Black: The Slav Defense

It’s no secret that the opening has frequently appeared in World Chess Championship Matches. Max Euwe, Mikhail Botvinnik, and Vassily Smyslov, among others, have played it. Vladimir Kramnik employed the Slav Defense in six of eight Black games against Veselin Topalov in 2006. Vishy Anand used the Slav Defense against Kramnik, Topalov, and Gelfand. Magnus Carlsen opened in 2016 against Sergey Karjakin.

Black’s e6-d5 pawn chain confines the light-squared bishop on c8 in the Queen’s Gambit Declined mainline. Black has many plans to activate his light-squared bishop later in the game. The opening struggle’s outcome is typically on whether Black’s bishop will be active or passive, locked in by its pawns. 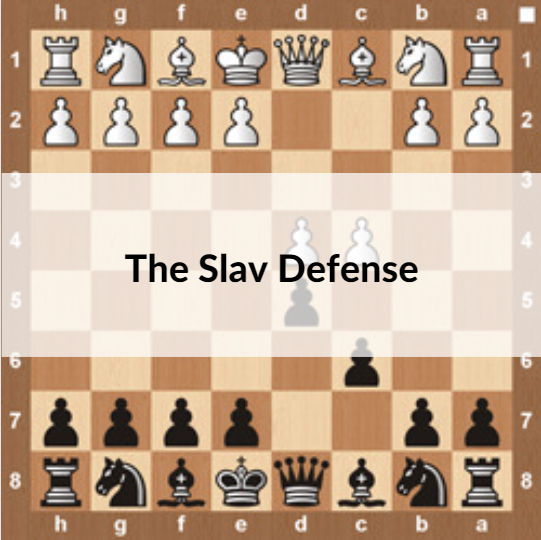 With 2…c6, Black supports his d-pawn with the c-pawn. Black’s light-squared bishop on c8 can move to g4 or f5 without being blocked. Black can meet White’s cxd5 with…cxd5, leaving a symmetrical structure and preventing a minority attack.

That doesn’t mean the Slavs don’t have disadvantages. Everyone would play a flawless opening if one existed. Black can’t play…c5 in one move because…c6 has already been played (counterattacking White’s center). 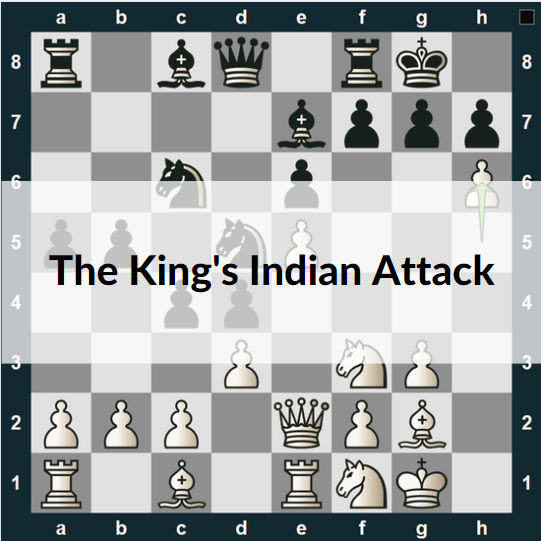 There are many steps and variations while pulling out this attack and surprising your opponent.In brief, the fastest way to fianchetto the king’s bishop and the castle is the King’s Indian Attack (KIA), the reverse of the King’s Indian Defense. White plays Nf3, g3, Bg2, and 0-0, before seeing how to proceed.

The KIA also refers to a plethora of systems for White involving pawns on d3, g3, and e4; knights on d2 and f3; a kingside fianchetto and kingside castling. This KIA setup can be used after 1.e4 against the Sicilian Defense, French Defense, Caro-Kann Defense, and many other popular openings for Black. White often plays for a kingside attack with Black trying to win on the queenside.