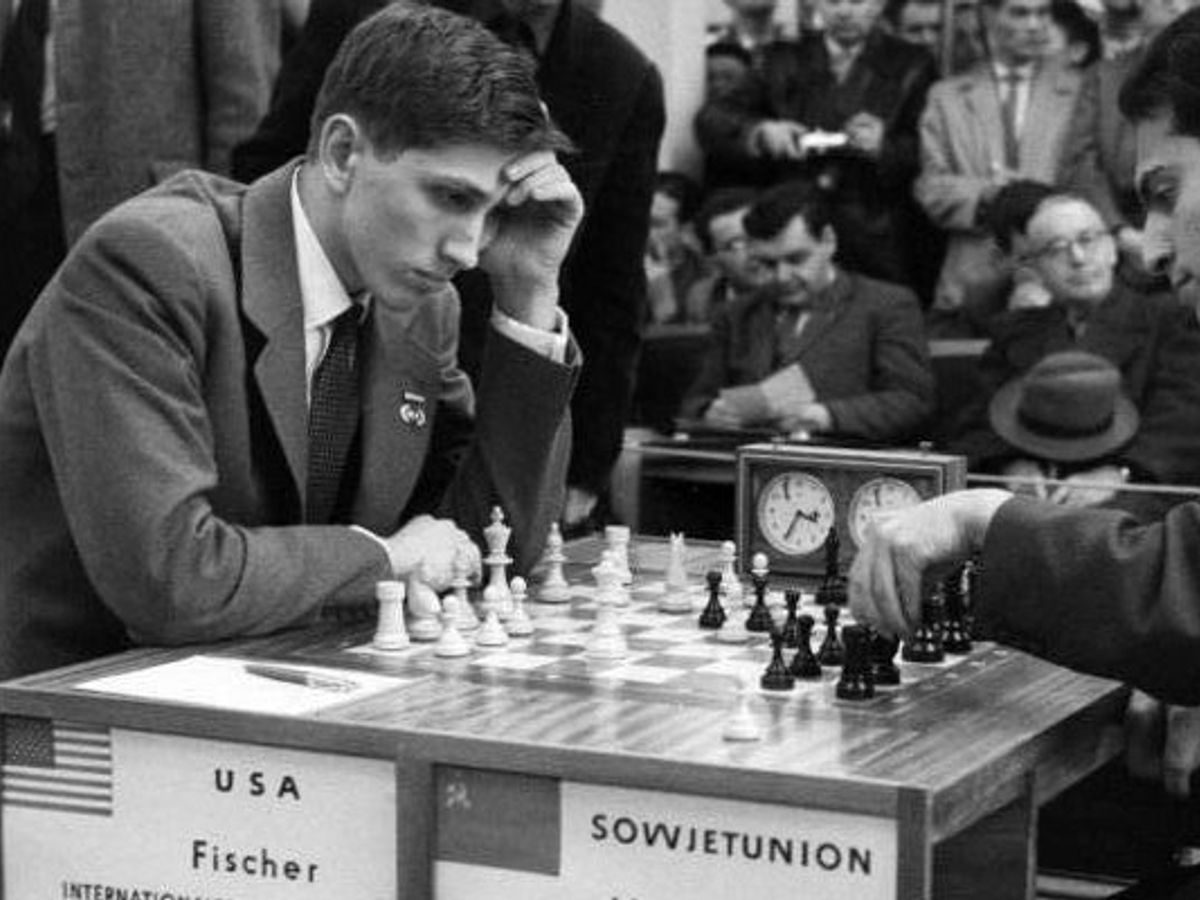 There is no question that Bobby Fischer is one of the best chess players of all times. His universal simple and flawless style caught the attention of the many and his genius on the chess board was such an eye opener. Our question for this article is, how much money did Fischer make through his chess career?

In general, grandmasters earn money through many ways. The main ways to earn decent money through chess is by winning international tournaments, playing for a club, sharing your chess experience through writing a book and training young players.

In recent years, new ways to earn money have appeared such as commentating on chess international games and streaming chess blitz games online getting followers on social media. However, most of the wealth that Fischer acquired came from winning international tournaments as he was crushing the world best players one by one without mercy!. He also made a decent amount of money later selling his famous book “My 60 memorial games” which is recommended to any club player to study until now!

Fischer personal life has been a series of sad incidents. He was under a lot of pressure as a young man and has been used as a tool by the CIA to represent America in the cold war mind games between America and the soviet union. At this time, the chess world was dominated by the Russian grandmasters and the USA was striving to prove that they are better than the Russians even in chess! .At this time, Everyone in the chess world was talking about the 14 years old kid who is playing brilliant chess winning USA championship at such a young age and showing huge potential to beat all the world!. At this time, Fischer only cared about chess and didn’t care about politics at all. He wanted to play chess and only chess all his life. And he was striving for a chance to play the experienced Russian grandmasters to prove his talent. The USA government took this opportunity to make him the star of the show and through his career he became a public Figure after defeating the former world champion Boris Spassky in 1972.

Fischer had an estimated 180 IQ , he tried to make a comfortable living through chess attending public shows, promoting chess and asking for money just for him to show up in chess tournaments. Till this day, all chess grandmaster owe some of their wealth to Bobby Fischer as he was the first to promote the idea that a top Grandmaster participation in a tournament is not for free and that money should be paid for the Grandmaster to show up and entertain the world with his brilliancy and analysis!

However, Fischer talent was too much for his brain to handle and he started making controversial comments on politics that made the USA government angry and they decided to turn their backs on him stripping him off his Nationality. He actually spend a time in japan prison due to the fact that he had no nationality at that time!!. He then sent mails to certain countries asking for a nationality to get out of his bad situation. One of these countries was Iceland. They agreed to give him a passport and a citizenship as they always enjoyed his attendance in many chess tournament in Iceland. They still remember the genius moves he made on chess board and how he entertained and inspired so many people there. he was able to travel there enjoying the rest of his wealth as many of it was lost through the political issues, he settled there for the rest of his life until he died at the age of 64 in 2008 leaving a fortune to his Japanese wife and two nephews. There is some discretion about how much Fischer had before he died. All we know for sure that there was a debate in court between his wife and his nephews ended up with a court decision to give Fischer’s wife part of the inheritance which is his real state in Iceland. It is estimated that the real state worth is about two million dollars!.

We would like to present a game for Fischer as a tribute to his genius showing how in a young age how he crushed experienced players.

10…Bg4 11-Bg5? (This ambitious white move allows Fischer to start a series of tactics that is extremely interesting!)

11…Na4!! Absolutely horrific the knight can’t be captured and here is an example of what will happen when he tries to capture it!

12-Qa3 –Nxc3 13.bxc3 Nxe4! ( looks like a blunder from black losing the e7 pawn and an exchange perhaps? I m sure Mr. Byrne was surprised with this move thinking that Fischer had made a mistake and maybe it is time for the table to turn in his favor)

15-Bc4! A good try!, going for activity over anything else

17-Qxb6 axb6 18.Ra1 then simply 18..Bxf3 19.gxf3 Bg7 20.Bd3 b5 followed by Bxd4 and for the exchange down black has 2 pawns , majority on queenside , healthier pawn structure and extremely active pieces, black is winning here in spite of being an exchange down!)

16-Bc5 ( after the normal looking move Qxc3- Rfe8 –Qa6 or e6 simply Bxf6 followed by Bf8 winning a piece back and having extra pawn with much better pawn structure , again black is winning!)

The game went on few moves before white resigns but here white is totally lost, black has 2 bishops, rook and two pawns for a queen and totally passive position with bad king, black has every single piece in game active , safe king and more material !

The last thing we would like to add here is that talent and hard work always pay off. What matters most is to enjoy the process of developing onself in the sport/profession you chose.Another example is the current world champion Magnus Carlsen. He has a net worth of an approximate 8 million dollars!. we will talk about the brilliant current world champion in the next articles so stay tuned!