Why is Garry Kasparov the best chess player of all times? 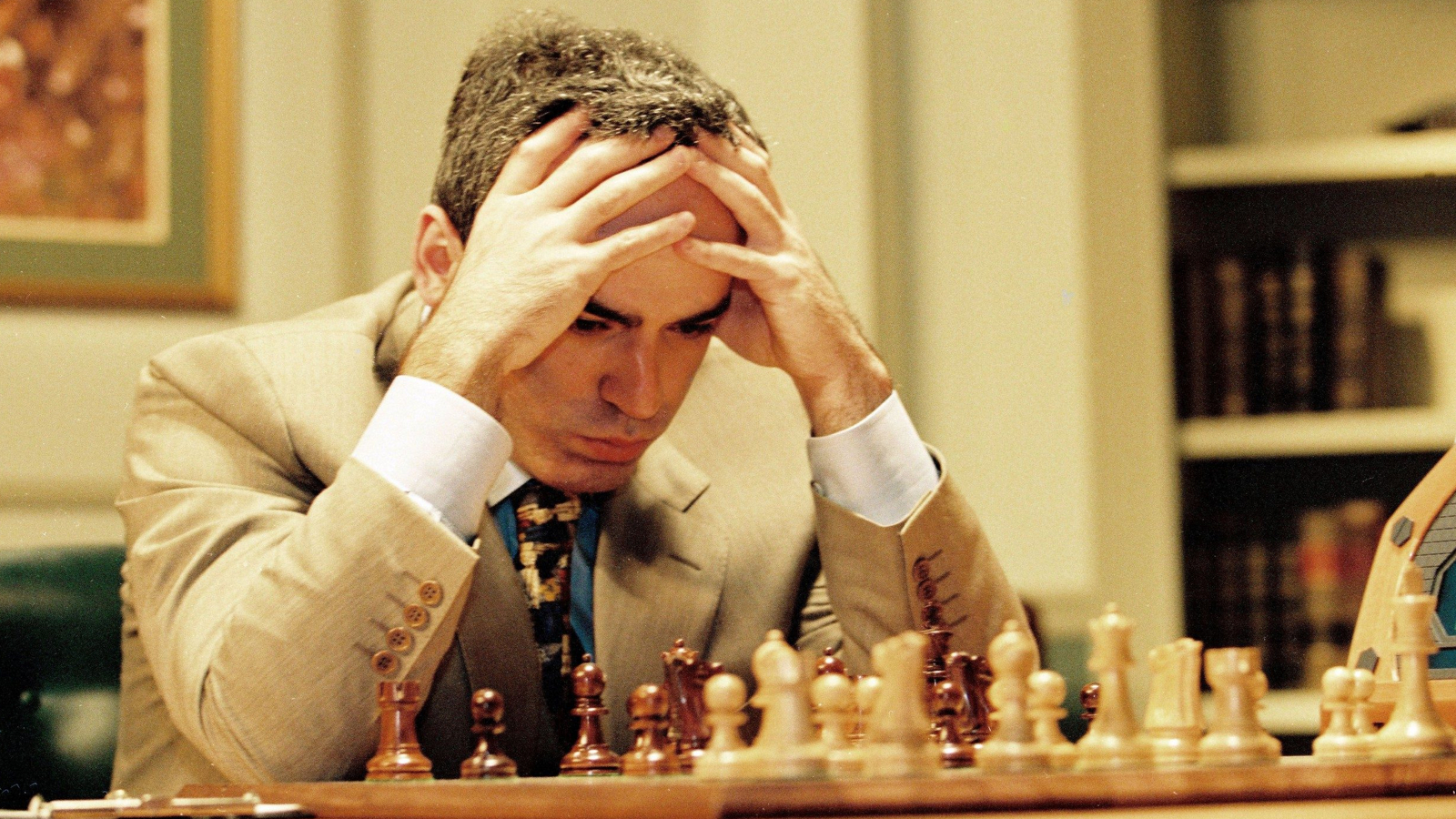 There is no doubt that Garry Kasparov is a legendary chess player. Some people might argue that he is the best chess players of all times while many others would claim that Mikhail Tal, Bobby Fischer or even the current world champion Magnus Carlsen is the best player ever!

The truth is … It is really hard to compare these legendary players to one another, Every one of them added something to the chess heritage and achieved legendary success in our favorite game.The result of the comparison is purely subjective. However, in this article we will try to show why we think that Gm Garry Kasparov is a real legend in the game and that he is arguably the best of all times from our point of view!

Garry Kasparov is the 13th World Champion. By the age of seven was recognized as a chess prodigy. While still very young, he won both top-level junior and adult events, including two first-place ties at the USSR Championship as a teenager in the early 1980s.

In 1985, he became the youngest-ever world champion, defeating Karpov at the age of 22. He would defeat Karpov three more times between 1986 and 1990 to retain his title. After breaking with FIDE in 1993, Kasparov created the rival Professional Chess Association (PCA); this split resulted in the naming of two World Champions under two different banners, a fracture that would last 13 years.

During this time, Kasparov played outside FIDE’s jurisdiction, including the well-publicized Deep Blue matches, in which he defeated the computer in 1996 but lost the 1997 rematch. He lost his world title to Vladimir Kramnik in the Classical World Chess Championship 2000, the successor to the PCA World Championship. 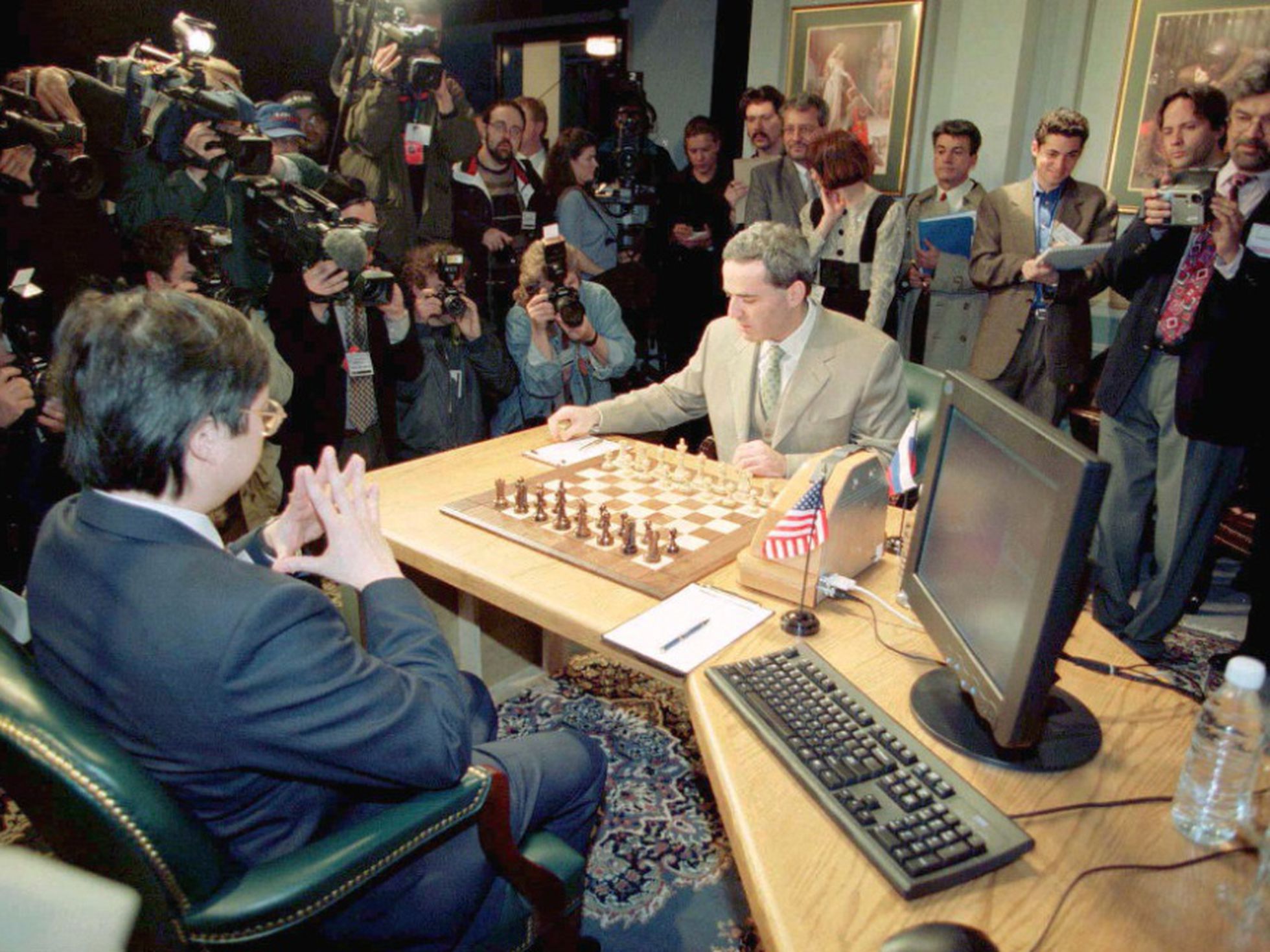 Kasparov remained the top-rated player for 20 years, becoming the first to break the 2800 barrier and achieving the highest rating of all time (2851). He set records with his ten-year unbeaten streak, as well as his 15 consecutive tournament victories between 1981 and 1990. Such statistics set Kasparov apart as one of the greatest chess players of all time.

Impressive right? , You might think “These are just statistics that we all know”. However, There are few things that we must mention. Garry Kasparov was told by his former coach as a very young age that he can never be a world class player!

Garry had many psychological and sociological barriers to break through as he was raised at the former soviet union. Moreover, If you check all of his games with the current computers, you will find an insane accuracy in all of his games… His games in a way made the current chess theory that the average player studies to become better.

In the recent years, it is easier to become a chess grandmaster.Many players depend on getting the best information quickly through computers and memorize variations to get to a good position that they understand. However, at the time of Garry Kasparov, computer analysis was a rare thing!

Moreover, if you check his games in the 70th and 80th with our current technology you will find high accuracy, correct ideas, amazing and deep preparation which was all hard work efforts from Kasparov.

He didn’t just rely on his attacking style or his amazing talent. He also worked hard on his home preparation and reached correct conclusions that was proved accurate with our current technology years afterwards!

Garry Kasparov and the chess Fashion.

Garry Kasparov made aggressive chess more prominent.It was known before him that grandmasters win through endgames, careful maneuvers and building an attack slowly but surely hoping for your opponent to make a mistake under pressure. However, Kasparov was always playing very aggressive chess justified by the smallest inaccuracies that his opponent did. Unlike Tal, Kasparov attacks and sacrifices were very accurate.

Tal is an amazing player with an extremely aggressive style. However, He frequently made mistakes in his games that were not spotted by his opponents during the game.These mistakes were spotted later either through grandmasters post game analysis or computers after that

Kasparov on ther hand , performed those double bishops and knights sacrifices over the board in a horrific way.These sacrifice were proven accurate years and years after that with the help of the Computer engines!

Let’s check this horrific attack that Garry Kasparov performed against a 2600+ Grandmaster!:

As we just saw, the attack was horrific. Black got Punished swiftly for passive play on the queenside. You can actually check the game with the strongest chess engines of today and they would show you how accurate was Kasparov. We would like to mention that this game was played in 1986 years before chess engines entry to the chess game!

There are many chess players who have their names imprinted in the memory of every chess fan. However, Garry Kasparov is a name that even people who don’t play chess still remember because of his superior chess style, His accuracy, His amazing results and his talent .

Garry Kasparov Made chess popular and famous, Promoted home preparation and changed the current chess style of his time from positional chess when Karpov style was dominating the world to Tactical, aggressive and dynamic chess where everything is hanging and there is an ongoing chaos all over the board!