Nowadays, the difference between strong chess GMs and chess computers (called engines) is becoming larger and larger… in favor of the engines! I was really curious, until some years ago, about how chess engines have become that strong, and what were their chances in a fair match with a top-GM. I had done quite a lot of research, even from historical point of view, so I am going to share what I know about this topic.

So, can chess computers beat humans? Yes, chess computers are stronger than the best human players in the world. The difference is estimated around 200-250 Elo in favor of the engine(s). For this reason, the Chess World Champion Magnus Carlsen has said he is not interested in a match with any engine.

Even the world chess champion raised white flag against the engines! I will now give more details about how engines and GMs arrived to this point, as well as about the reasons why engines are so much superiors. So, keep reading!

How strong is a chess computer? 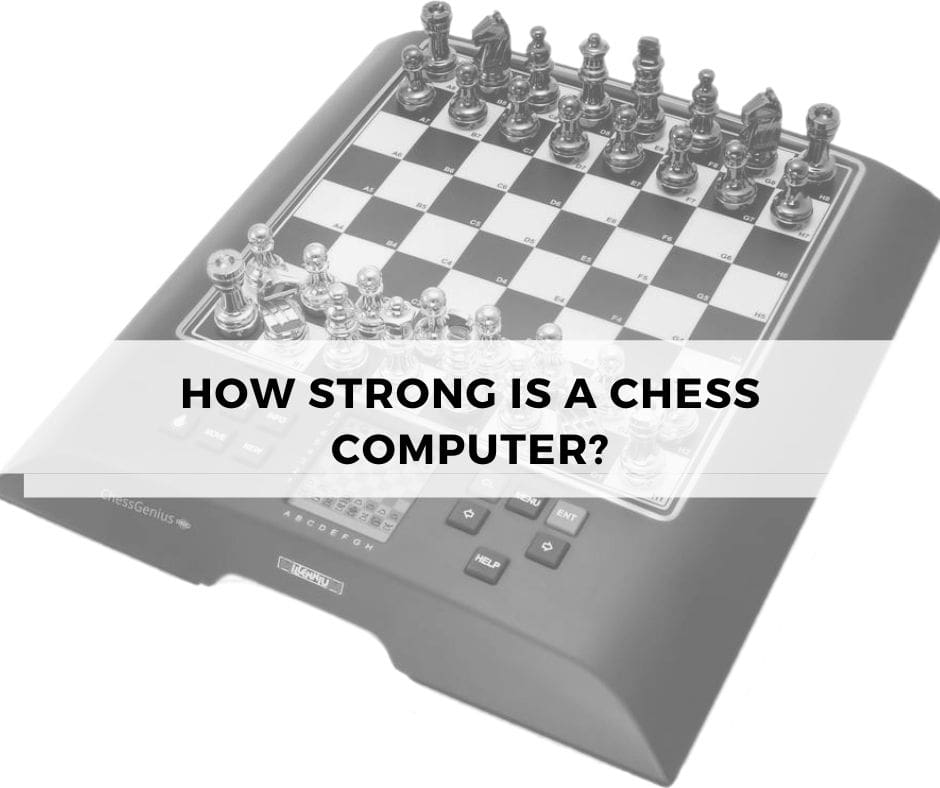 As you probably already know, in the chess computer world there are weak and strong engines, exactly like in the human world. After all, a chess engine is a software product of extreme complexity, which involves an enormous amount of work. And that usually takes a few years (or maybe many years) of development.

The development of a chess computer is an incredibly complicated task. For example, just know that I am a software engineer (with a PhD in the pocket) and yet I believe I know nothing about chess software development!

That said, let me get back to the point. How strong is a chess computer? The answer is… very strong! If you know what the Elo rating is, then just know that the top chess computers (Stockfish, Komodo and Houdini) are estimated to be around 3300 Elo.

If you don’t know what Elo is, that is the name used for the international rating system in chess, which works a bit like the one used in tennis. And to give you a benchmark, the current World Chess Champion, Magnus Carlsen, has approximately 2840 Elo points, whereas his personal maximum was about 2880. So the top engines are about 250 Elo points stronger than him, and his fellow top-GMs.

To summarize, a good chess engine is estimated to be more than 250 Elo points stronger than a very good GM. Consider that there are just about 50 GMs with Elo rating equal to or higher than 2700 in the world! Therefore the top chess engines are definitely stronger than any chess GM, World Champion included.

Can humans beat computers at chess? 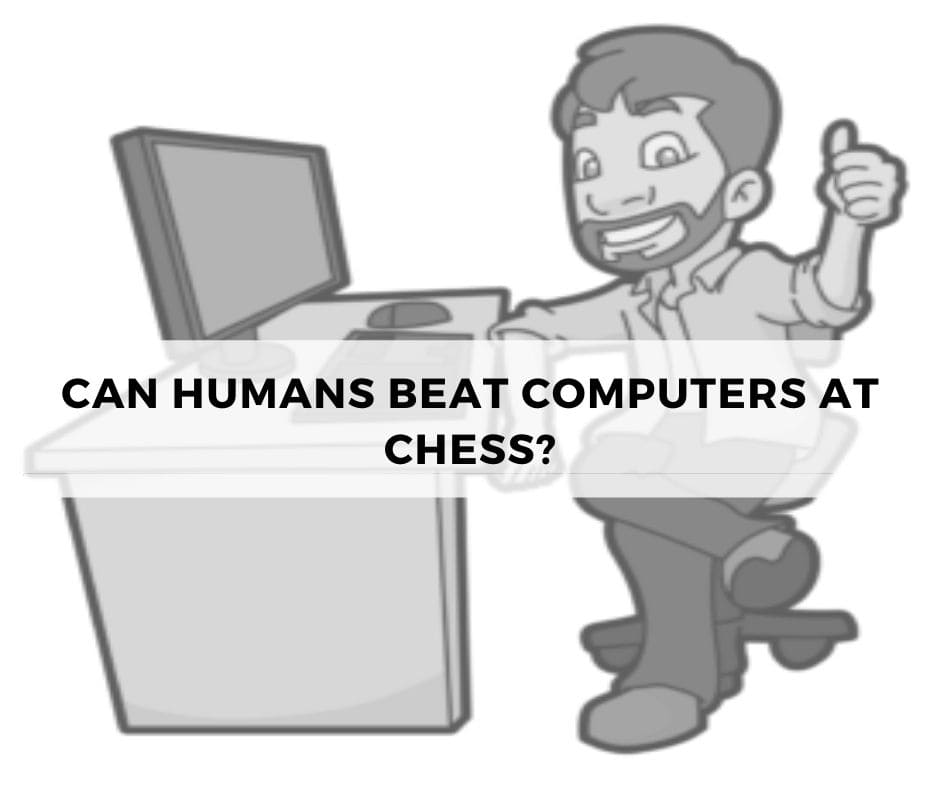 I really like this question! It sounds just like the same question from another point of view, and so you would expect the answer to be a sharp NO. But that’s not entirely correct!

I want to discuss this point more in detail. In fact, even though chess software are undoubtedly stronger than humans, the latter have one advantage. They know it. They know the opponent is much stronger. Therefore they can adapt their stile and change it in order to “trick” the opponent.

Now, let me be clear with you. “Tricking” a chess computer is becoming more difficult day after day. And it will probably become impossible very soon, or maybe already is. Nonetheless, there have been several examples in the past years where the computer misunderstood a position that a strong GM could instead interpret more deeply. And in such cases the human won!

It also is interesting to make a bit of analysis on what type of games were those won by the humans. Generally speaking, computers may have troubles in the following cases:

I remember very well a game between Nakamura and Rybka (the link is below) from 2008, where Nakamura was able to win the game by leveraging the points above. He shifted the game in a very closed position and he even sacrificed two exchanges just to keep the position totally closed.

Only one pawn break was available to the engine, and was a clearly bad move. So Nakamura just kept shuffling around pieces and Rybka self-destroyed itself searching for a variation where it could break through, without finding any. It ended up in zeitnot and finally played the (clearly bad) pawn-break. And so Nakamura won a 271-moves game!

To be honest with you, I don’t think that would happen again today with one of the top-3 engines (Stockfish, Komodo, Houdini). Ten years have passed since the Nakamura’s game, and I am convinced engines have made giants steps forward. If I had to say a number, I would say chances for a top-GM to “trick” a top chess software are about 0.1% (that is, 1 game over 1000). 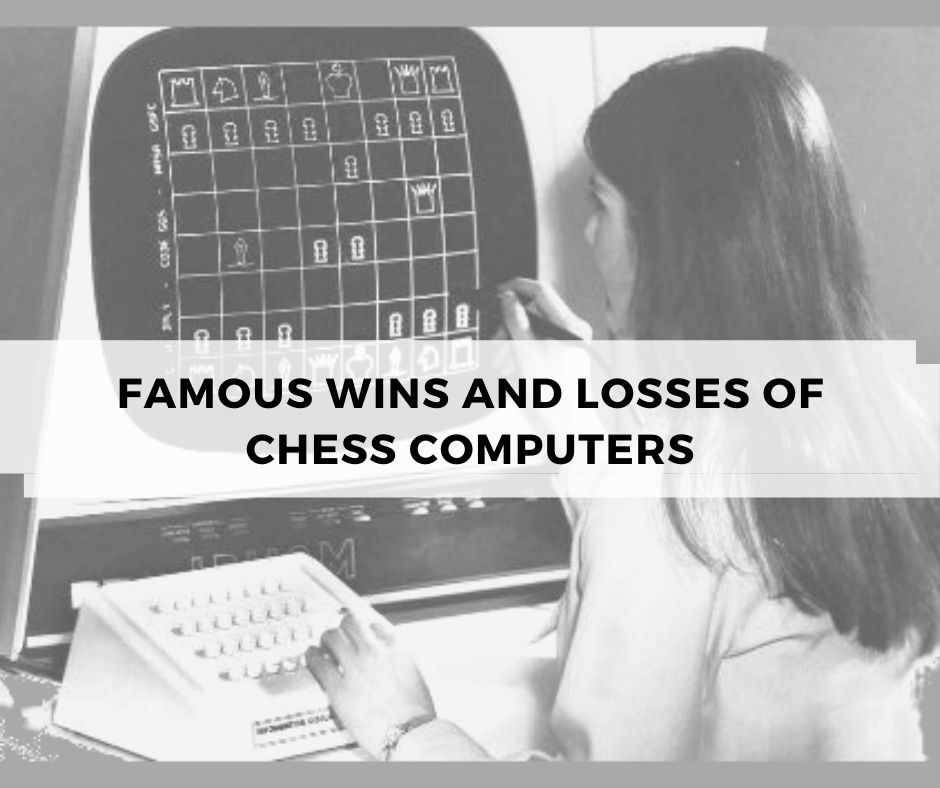 I want to quickly review with you the most famous examples of matches between a chess computer and a strong GM. This should help you to put all these information into a historical perspective.

The most famous of all such matches is definitely Deep Blue vs Garry Kasparov. Actually, there were two matches:

In case you didn’t know, Garry Kasparov was the World Chess Champions at that time, and he is considered by many the strongest chess player of all time. Deep Blue, instead, was a chess computer built by a team of researchers working at IBM.

Deep Blue was the first real star in the sky of chess engines. At that time, unlike today, there was no real engine out there, and the fact that Deep Blue was able to beat the World Chess Champion (Kasparov), was an absolute breakthrough for the development of chess engines. IBM team is sort of a heroes team in this sense!

The other, very famous, match was in 2006 between Deep Fritz 10 and Vladimir Kramnik, who was back then the reigning World Champions. I think you would also like to know that Kramnik is the only player who’s ever beaten Kasparov in a match valid for the crown!

Kramnik lost that game 4-2 without winning a single game, and also loosing a very famous game by allowing mate in 1! How is that possible, you would ask. All I can say is that even the best ones fail…

This match is particularly important because is the last official match ever played. After that, everyone got the clear feeling that chess computer are too strong for humans!

Are chess computers good at strategy?

The direct answer is “no, they are not”. Strictly speaking, chess computers can only do calculation. Tactics, you would say.

So if you debate with some friends of yours that all computers can do is brute-force computation, then you’re right. That’s all they can do.

The point, though, is that this is exactly what chess is about ultimately. Strategy is just a construction of the human brain, that we invented because we always need to find general rules that govern the world. In this case the chess world. But the reality is that you “just” need to compute all possible variations in order to beat anyone at chess!

And, as scary as it may sound, computers are going closer and closer to the “compute all possible variation” task. That is an exaggeration of course. And they will never get there because we now that the number of actual variations is so huge that they would need more time than the universe’s life can allow. However, the hardware improvement is going in that direction, and chess engines benefit from that.

So let me put it this way: even though they do not understand strategy the way we intend it, they calculate so well that it feels like they knew chess strategy even better than top-GMs!

In this post, I tried to give the most comprehensive answer I could to a question that is often asked by inexperienced players (or probably, more often, people new to chess): Can Chess Computers Beat Humans?

The answer is absolutely yes, and I let you decide whether this is a good or a bad thing! I just want to add a couple of resources that you might be interested in, for further reading:

For many more information about Deep Blue, Kasparov and other subjects I touched on briefly… I suggest you to use Google and Wikipedia!