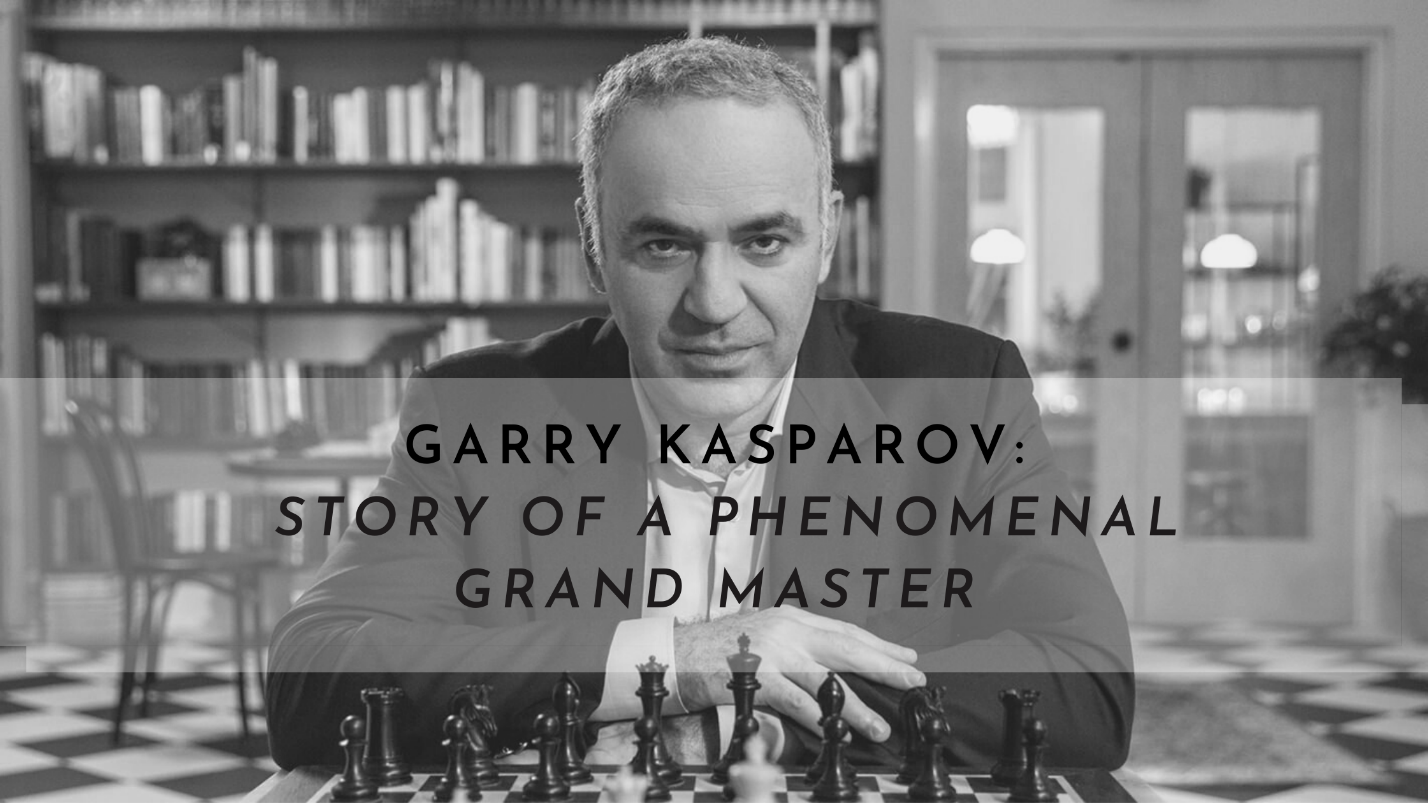 Garry Kasparov is widely considered to be the best chess player of all time. Born in 1963 in Baku, Soviet Union (now Azerbaijan), he excelled in Mikhail Botvinnik’s school and went on to become the youngest chess champion in history in 1985.

Kasparov, who was always self-assured, left FIDE in 1993 and went on to become well-known outside of chess for his political activity after retiring in 2005. He is still active in the chess arena, despite the fact that he is no longer a professional player.

Garry Kasparov was born on April 13, 1963, in Baku, Azerbaijan. The chess wizard was born to an Armenian father and a Jewish mother in Armenia. Kasparov began to play chess at the age of six, and he quickly established himself as a really promising player, as Botvinnik’s school admitted only the top players.

He advanced under the tutelage of coaches like as Vladimir Makogonov and Alexander Shakarov, winning both the 1976 and 1977 Soviet Junior Championships. The title of World Junior was achieved by him in 1980. He shared first place by displaying an outstanding performance in the Soviet Championship the following year. 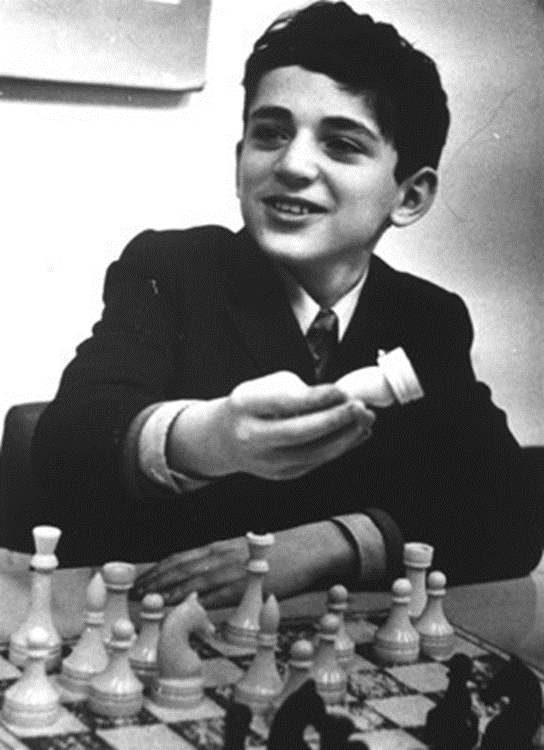 Kasparov faced Karpov four times earlier, losing in 1975 (when he was 12 years old) and drawing three rounds in 1981. On the other hand, Kasparov got off to a slow start, losing four of his first nine games. Firstly he played against the world champion Anatoly Karpov in a 1984–85 confrontation after surviving the Fédération International des Échecs (FIDE; the international chess federation) series of elimination matches.

Kasparov performed in nine games and lost four of them. After accepting the defeat, he developed a careful defensive stance subsequently; drawing with the champion for an unusually long stretch of time.

Despite Kasparov’s complaints, FIDE decided to halt the series after 48 games, when Kasparov eventually won three games against a fatigued Karpov. In a 1985 rematch, despite of being the youngest player Kasparov defeated Karpov in a 24-game series to become the game’s champion.

Karpov established an early lead after Kasparov won the first game, this time a more modest 2-1 after five games. Kasparov leveled the match in Game 11. He employed an unorthodox Sicilian gambit in the second game, which ended in a quick draw.

Three subsequent games were also drawn. Then, in Game 16, Kasparov performed possibly the greatest single chess game ever. He reverted to his Sicilian gambit, Karpov’s reaction was less precise than it had been previously, and Kasparov’s pieces soon grabbed control of the board. 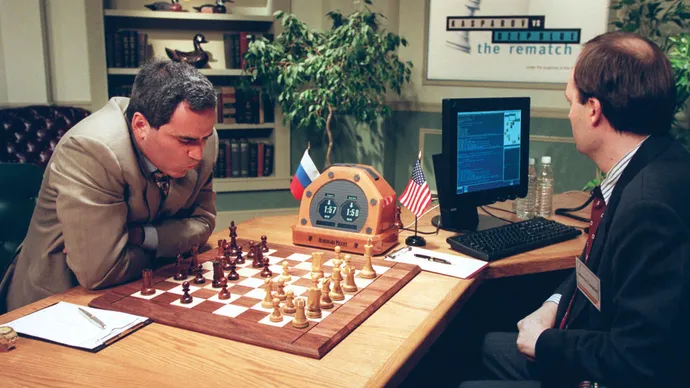 The 1987 World Championship encounter between Kasparov and Karpov was perhaps the most dramatic in the Kasparov-Karpov series. Kasparov won once and lost twice in the first five games, precisely as he did in 1985. This time, he won the eighth and eleventh games. With two games remaining, the score was even at 11 thanks to a Karpov victory and a slew of more draws.

On the other hand, Kasparov lost Game 23, leaving him in the uncomfortable position of needing to win the final game in order to tie the match and retain his title. Kasparov was able to accomplish this feat.

Karpov made several exchanges, but Kasparov sacrificed a pawn to build a knight on e5. He eventually reclaimed the pawn and then advanced a pawn. With only four pieces remaining on the kingside and three on the queenside, it was a difficult situation to win. Nonetheless, after much haggling from Kasparov, Karpov agreed to retire. 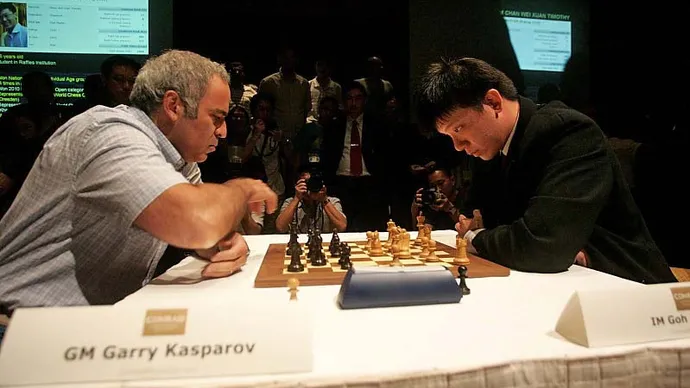 Nigel Short defeated Karpov in the 1993 Candidates tournament semifinals and then defeated Jan Timman to win a match against Kasparov. FIDE was uneasy with neither the champion nor the challenger, resulting in the championship being split. Kasparov and Short adhered to the 24-game format while competing in London under the auspices of the Professional Chess Association (PCA).

Karpov reclaimed the FIDE championship title without defeating Kasparov; instead, Karpov defeated Timman. In the second part of the 1990s, Kasparov was at the forefront of computer and online chess. He faced Deep Blue in 1996, a match that was less well-known than the subsequent matchup.

Despite losing the opening game, he cruised to a 4-2 victory. Then there was the 1997 encounter, which Kasparov won in dramatic fashion, prompting IBM to discontinue development of Deep Blue. Kasparov defeated “The World” in an online voting game in the early days of internet chess in 1999.

Kasparov announced his final retirement in 2005, following his defeat in 2000. Kasparov remained in the media spotlight with his 2005 declaration to found the United Civil Front, a political movement opposed to Russian President Vladimir Putin. Kasparov was a key force behind the founding of the Other Russia in 2006, a broad alliance of political organizations united by a single objective: to topple Putin.

The Other Russia nominated Kasparov as its presidential candidate for 2008 in 2007, after multiple protest marches coordinated by the coalition during which he and other participants were arrested, but was unable to do so before the deadline. Winter Is Coming: Why Vladimir Putin and the Free World’s Enemies Must Be stopped was published in 2015, and he remained a vocal critic of Putin.

For two decades, Kasparov was the world’s highest-rated player, breaking the 2800 barrier and achieving the all-time highest rating (2851). He set records between 1981 and 1990 with a ten-year unbeaten streak and 15 straight event victories.

These statistics reaffirm Kasparov’s standing as one of the game’s all-time greats. He accomplished a great deal throughout his lengthy career, and young chess players can learn a great deal from him.

Read More: The earning and wealth of Garry Kasparov