Is the queen’s gambit series realistic? 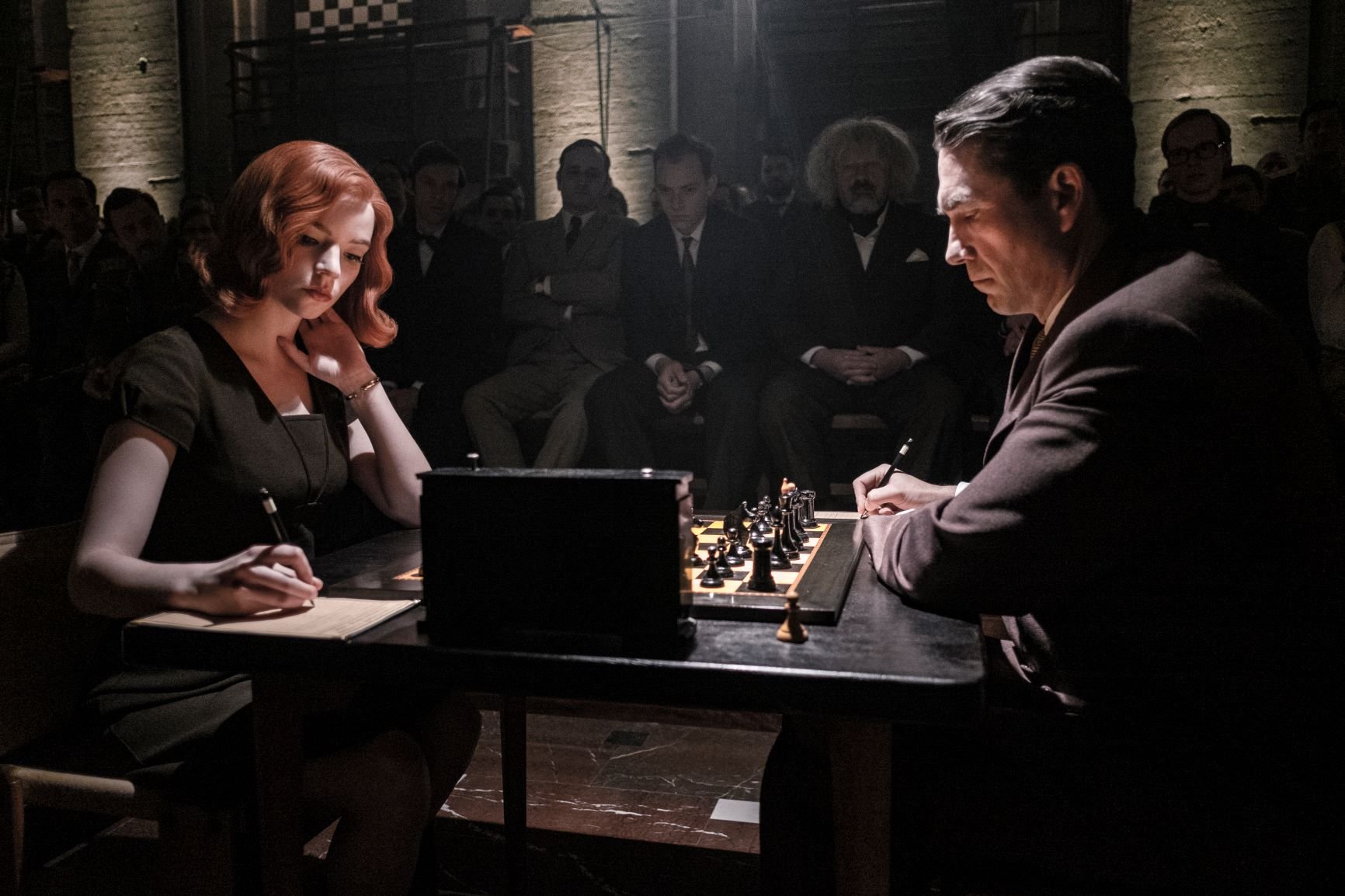 The Queen’s Gambit series has been a tremendous success scoring 8.7 In IMDb rating.

The series has a huge effect on the chess world bringing alot of attention to the chess game and the chess community.

Our question today, does the queen’s gambit series resemble the real chess world? Is everything mentioned there actually true? In this article we will discuss the accurate and inaccurate parts of the series from the eyes of a regular chess player.

How truthful is the Queen’s Gambit miniserie?

We would like to start with the positive notes of the series.

The queen’s gambit reflects the struggle a player goes through at the beginning of his chess career accurately. You would need to defeat many strong players at first to get a fide rating and work your way to the top by joining open tournaments.

After obtaining your fide rating you would need to work extra hard to increase it winning tournaments and earning the fide Titles one after the other.

The series successfully captured the spirit of the open tournaments with a perfect description to the atmosphere around it. For example, the analysis groups after a game, the preparation against strong players and the way a player works on himself to improve. This accurate description of the chess world combined with a fine drama story of an orphan girl having an unfortunate life from the beginning, trying to find her place in the world using her talent to prove herself is absolutely stunning.

Another point that attracted many chess players to this series and made them passionately talking about the show is the board imagination our heroine Beth has especially her preparation at night in her head for the chess moves and variations.

The truth is, every chess player has this obsession to a certain degree with the chess board. He always thinks about the different outcomes that can arise in a game when you change one move in any chess position. The beauty of the game reside in the huge possibilities you can have in every situation when you start looking at things a little bit differently. Every chess player enjoys the strategic struggle during the game proving that your ideas are better than your opponent ideas and forcing the winning position. It is the ideal sport for people who enjoy problem solving and those who like to think deeply about everything.

However, there are a few drawbacks and false assumptions in the series about the chess players and the chess community. Firstly, they gave the audience an impression that a chess player drinks excessively and uses drugs to increase his/her focus which is simply not true. Any serious chess player knows that in order to improve your results you need to be physically and mentally fit. Taking care of your body with sport and good nutrition, as well as of your ming is not a luxury and you have to do it in order to keep a steady performance. The Legendary former world champion Garry Kasparov kept his physical state on its peak by training in the gym consistently, going swimming and rowing. He even added in an interview in 1999 that his recent successes against much younger players partly depends on his physical superiority. Many chess grandmasters today play other physical sports as a hobby regularly as a part of their daily life routine.

Another point is that they made few minor errors any regular chess player can notice right away. For example in some of the games, Beth Harmon talks within a chess game with her opponent Townes. A chess player is not supposed to talk at all during a chess game and if you make a noise in the chess arena even as an audience the arbiter would ask you to leave right away!. The only thing you are allowed to say as a player is to offer a draw to your opponent and you need to do it when you are on the move in order not to use that to distract your opponent. Your opponent can decide to accept or deny your offer before playing his next move. Once he plays his move, the offer expires and he must offer a draw on his next move in case he wants that.

Another point that was a funny unintended inaccuracy is that in one of Beth Harmon games she left the board while she was on move. A player is allowed to leave his board to walk or stretch only when his opponent is on the move. This rule is made to make sure that players wouldn’t cheat getting help from other players or recently chess engines!

Lastly we would like to mention that adjourning games is no longer a thing in chess. It did exist a while a go at the time of the series. However, current chess tournaments normally don’t adjourn any games. A player doesn’t get any help from his friends during a game and you must finish it all on your own! It is understandable that they included these scenes in the last episode of the series when her friends were sending her their analysis overseas for her position as it was a common occurrences at the times of the cold war and chess was considered a way to prove the country superiority over the Soviet Union. However, currently due to the huge development of chess engines it is not happening and you can’t adjourn due to the fact that chess engines can simply and quickly analyze the most complicated chess games giving you a clear and accurate evaluations without much effort. This would take all the fun out of the chess game and would make it absolutely boring!

Overall, I believe that the queen’s gambit series has a positive effect on the chess world.So many people are starting to learn and play chess and there has been a huge peak in the Google search for subjects related to chess. I would say that it was a good move to make such a series!

We would like to include the game Beth played against Borgov the Soviet chess grandmaster that she admitted she was afraid of. He crushed her before and this was her revenge game that shows her talent!

Without further ado lets check it out , Beth was the playing white opened her game playing the queen’s gambit opening (obviously!!) against Borgov the world champion according to the series and the best player in the soviet union! .He played the queens gambit accepted variation! Leading to a dynamic aggressive type of positions which can results usually into a win or a lose! We would like to include the game for the chess fans to go through the moves and enjoy the beauty and madness of this game!

check out the game here!