How Long is a Chess Tournament? 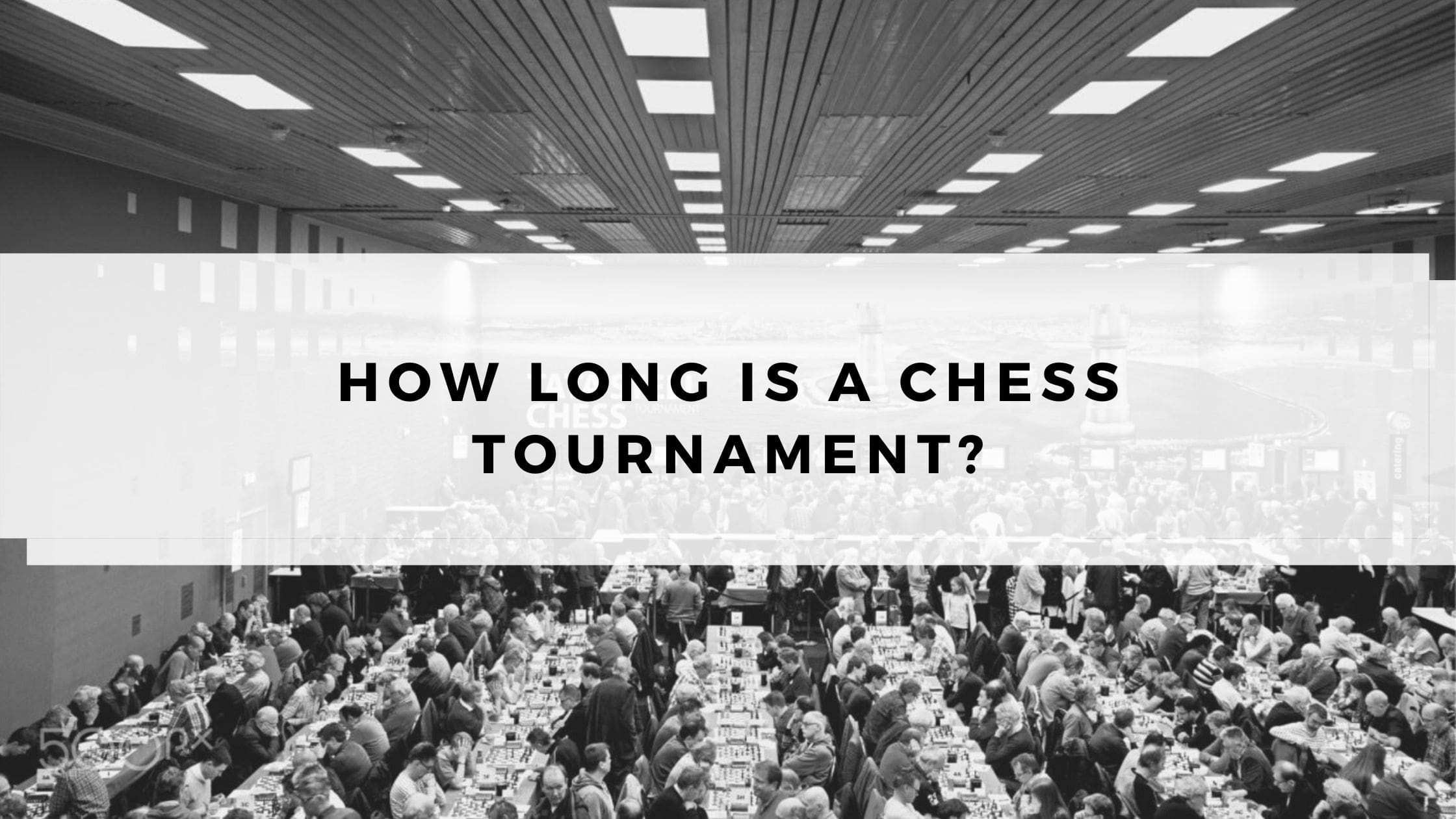 The first thing I did when I started to understand the world of chess was looking for tournaments. Today, with a full-time job and dozens of other things to do, is not easy for me to reserve time for a chess tournament. I believe many newcomers in the chess sphere ask how long can a chess tournament be, so I thought I would just give a precise answer.

That’s it. I am going to go into some more details to explain how the various kind of tournaments are organized in terms of rounds/day, prizes, and competition. Keep reading!

The organization of a Chess Tournament 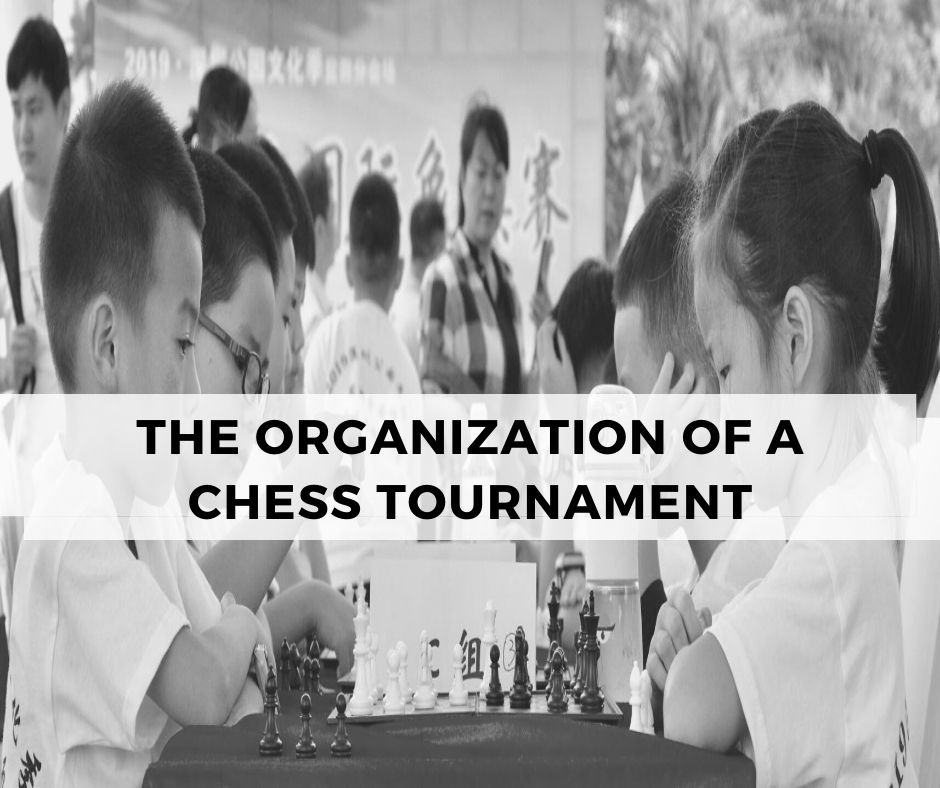 Organizing a chess tournament is a complex challenge. Unlike many events, you need to have a venue that is both very large and very quiet. I have seen many many tournaments organized in big hotel’s halls, which can also be convenient for players who wish to take a room in the same hotel. I did it once, and was indeed a quite comfortable experience. The downside is that you might not seen much the sun if you sleep, eat and play in the same building!

Depending on the number of participants, you might see long tables with chessboards prepared all over, at quite short distance each to another. Chessboards are numbered, so be sure to check out your seat number before the round starts! I have seen many times players sitting at the wrong chairs!

The boards are numbered according to the current scores in the standing. So, for example, at board #1 you will see the game between two players who are at the top of the standing, at each round. The exact rule is more complex, too much to be explained in this same post. Just know that the first boards are the ones to check out if you want to see top games!

Invite-only tournaments are, of course, more sophisticated. First of all, there is almost always an opening ceremony that includes some arts/music spectacle. The invited players then give short interviews. Elite-tournaments are great experience to attend in my opinion, although almost always you have to purchase a ticket to enter the playing venue. Nowadays, all tournaments of this kind also have a top-notch commentary team (composed by GMs, usually, and journalists), that makes the overall experience even more enjoyable.

Inscription fees for a Chess Tournament

Yes, you have to pay a fee to play in a Chess Tournament, unless you are invited by the organization. The latter case usually happens only to well-known (if not famous) GMs.

If you are travelling to the tournament venue, then you will also have to take into account the accommodation expenses. Very often the organizers set-up a deal with a few hotels near by the venue. This can be a good option to check in advance, although in my experience, more often than not, the deal is just a tiny bit better than the standard hotel prize. At any rate, finding accommodation is quite easy today, with Booking, AirBnB, and their likes… 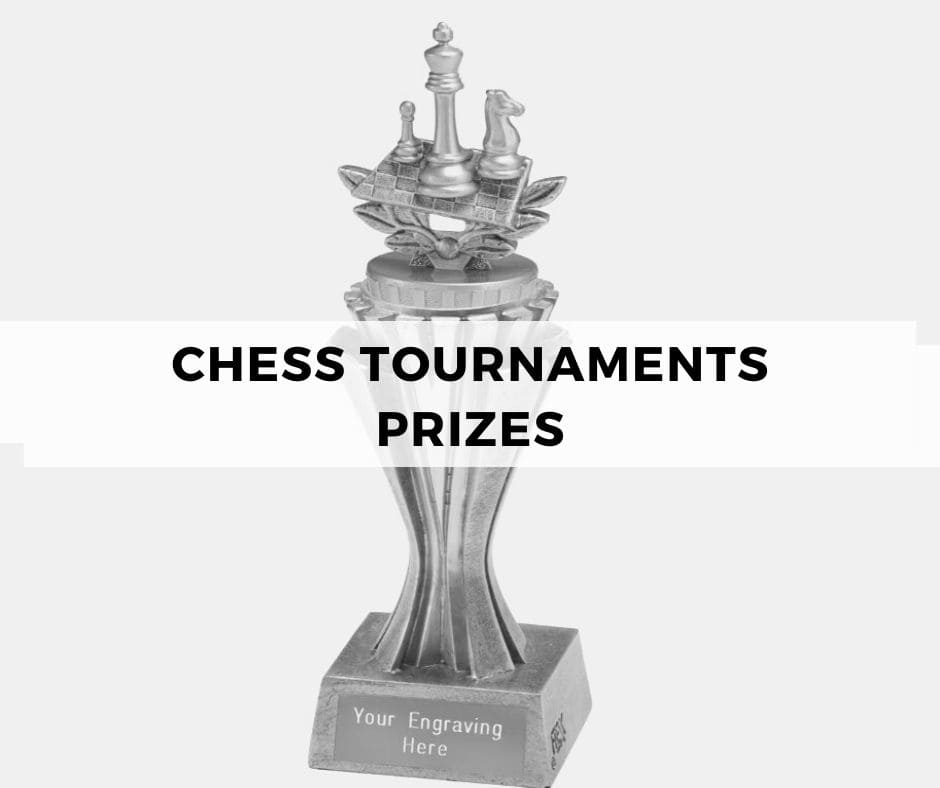 As with all competitions, Chess Tournaments also come with prizes. They are quite competitive though, so you must be a pretty good player to target one of the good prizes. There are many kind of prizes anyway.

First of all, there are prizes for the general standings. Usually the top-10 of the final standing get a prize. For a very important Open Tournament the first prize can be somewhere near $5,000, but more often tournaments have it in the range $1,000-2,000.

Then there are prizes for Elo ranges. For example, there would be 3 prizes for the best performances of players rated below 1800 Elo. Then three more prizes for those in the range 1801-2000 Elo. And maybe other three for the range 2001-2200 Elo. It can be quite satisfactory to win the first prize in your category (it happened to me a couple of times!).

Often there are also prizes such as:

Organizers can, of course, decide totally on their own what kind of prizes to have.

How do chess players prepare during a tournament? 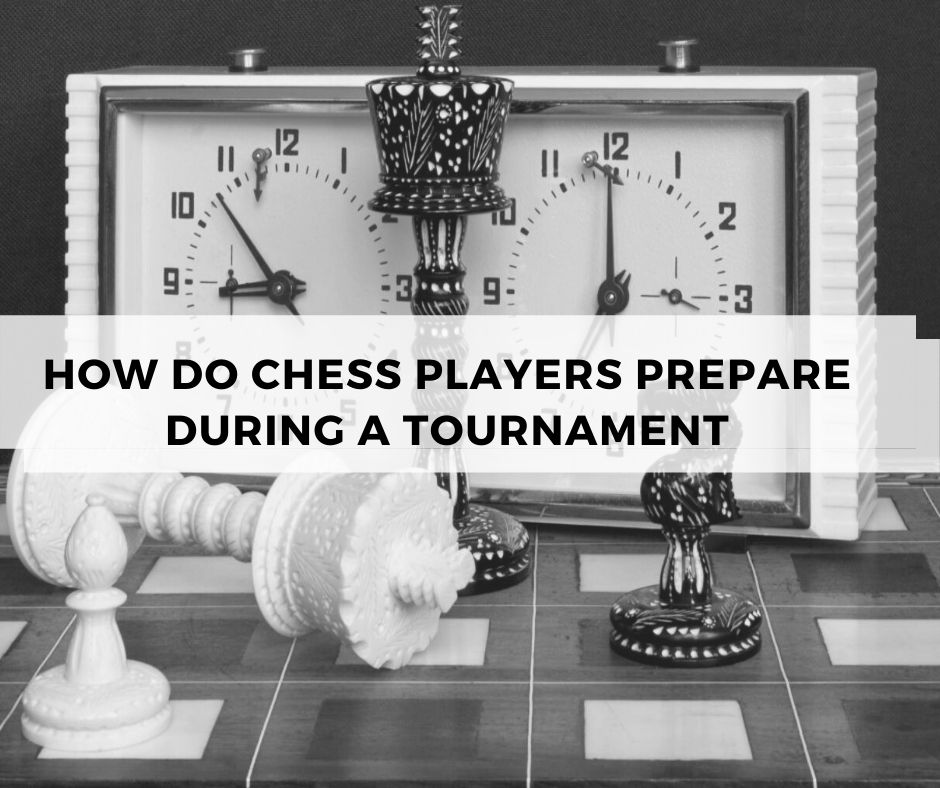 This is such a complex topic that I am planning to write much more about it. So… stay tuned! For the moment though, I have a few insights to share.

Several friends of mines are in the range FM-IM, so the information I am going to share with you come from my observation of their behaviors during chess tournaments we played together. First of all, willingness to prepare games is of utmost importance. There are times during a tournament where you would just like to rest or to sleep, or to hang out. While those are good things too, you would be better of if you prepared the next game.

So, in short, every moment is good to prepare the upcoming game. The real question is, what to prepare a chess game means? This is exactly the point that would deserve chapters and chapters, but as a rule of thumb these are the things you should do 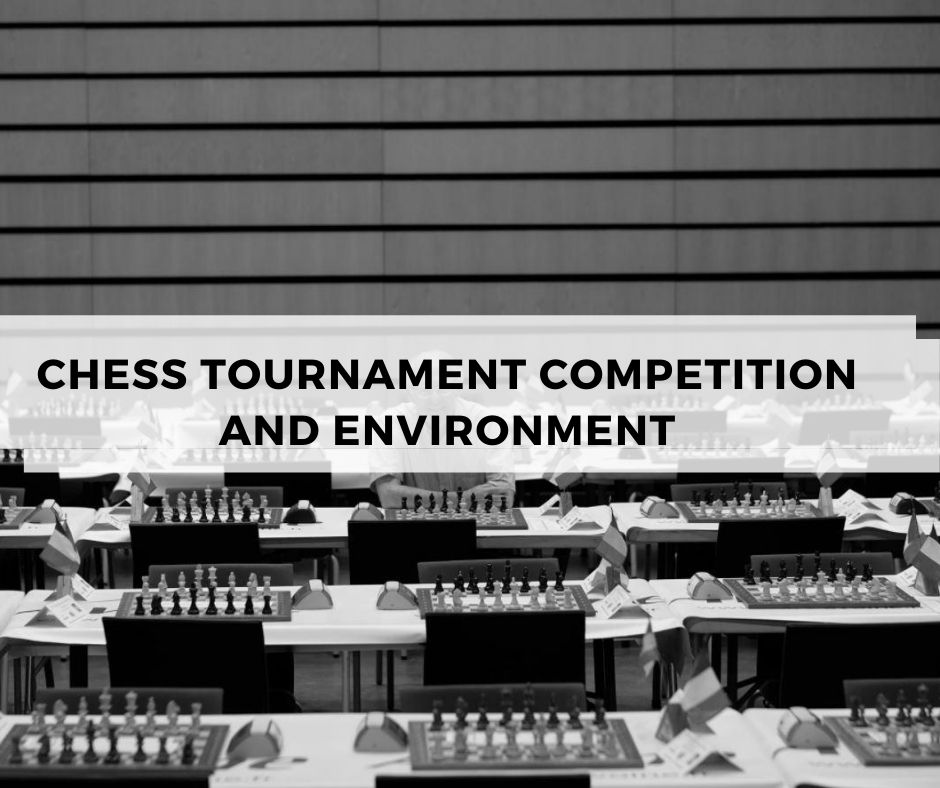 Chess is a very competitive sport, no doubt. This feeling is increased by the fact that, nowadays, a very big difference is made by home preparation. No matter how talented you are, the quantity and quality of your home studies, opening preparation and strategical/tactical training will have a big impact on your results.

In particular opening preparation will lead you to build a personal database filled with your favorite variations about a number of openings. And building it will take time and effort. Therefore, it’s unlikely that you will be willing to share this with other players.

On the other hand, all chess players think the same, hence the competition in the field. I find kind of amusing that even low-level players care about it, but as a matter of fact they do. I do understand their position too: they have likely invested a lot of time, and probably money, in building their own repertoire.

All this makes conversation between chess player not very technically. However, there’s always good spirit and you may enjoy chatting about historical chess anecdotes on former World Champions, gags happened at some other tournaments, and also “normal” things like sport, movies etc. Chess players are not aliens after all!

Finally, I should say that the environment where the tournament is held can make a big difference on how long the chess tournament is in your feelings. Playing in a beautiful city will definitely help you in finding attractions and more things to do in the evenings and for dinner. If you are in a nice city then I take my words back, don’t lock yourself up in the hotel to analyze and prepare games!

In this post I talked about how long is a chess tournament. Whether is a week long open chess tournament, or a 3 weeks long invite-only tournaments, you can find plenty of entertainment. Enjoy, and best of luck in your games! I also want to share with you links to some previous articles of mine that are somehow correlated and might be interesting for you: