What Is The Best Age to Learn Chess? 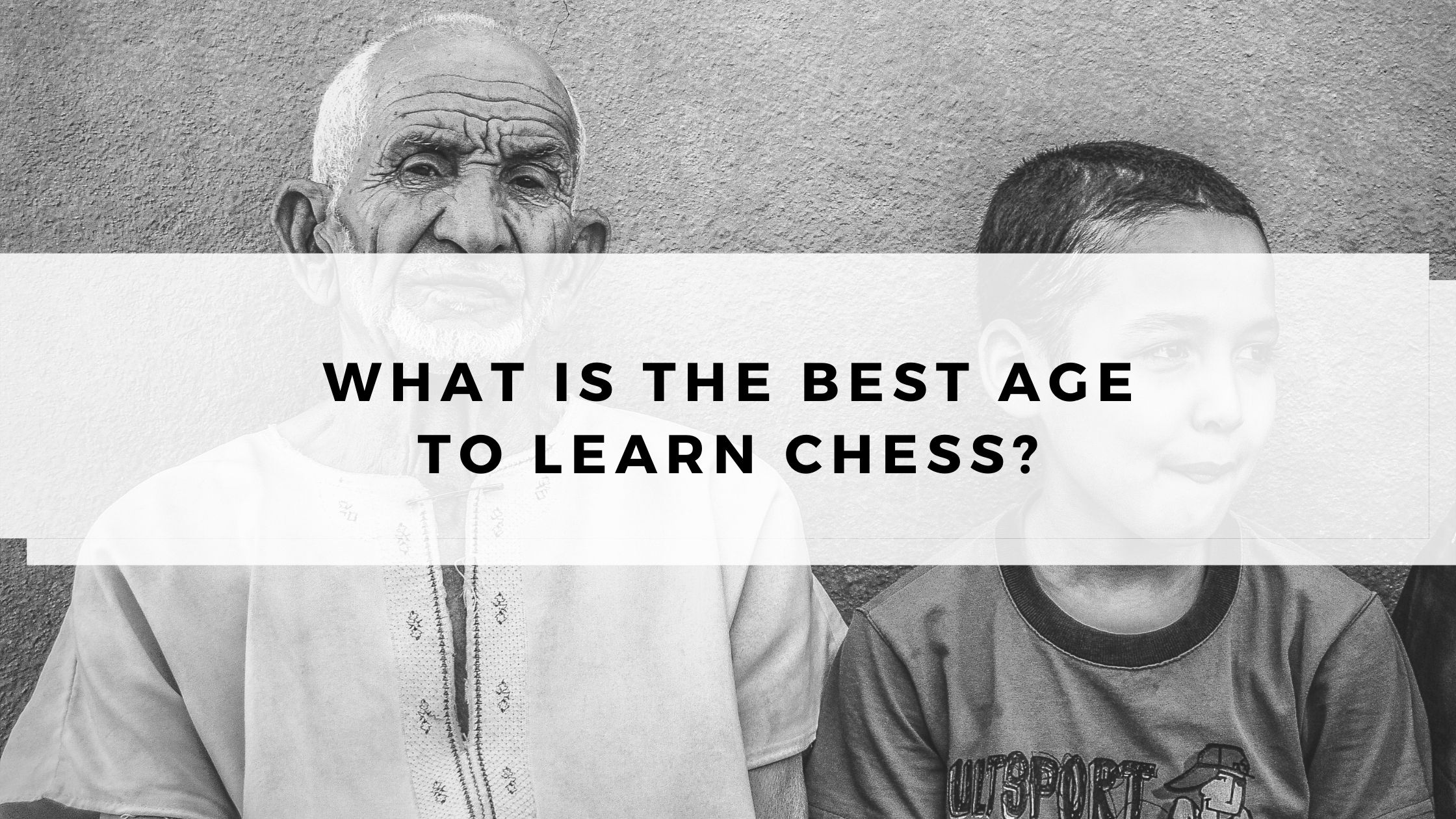 This is very common question, whose popularity is increased by the “Hollywood mindset” that makes us imaging little kids as chess phenomena. Truth is not so far, but I want to share with you the results of a few weeks of research that I have done on this subject.

What is the best age to learn chess? The optimal results are achieved at 4-5 years old. In this case, growth is exponential in the first few years, as long as the kid likes the game. Any age below 12 will also give huge benefits to chess skills' early improvement.

There is a lot examples in the history, as well as recent examples, that confirm my previous statement. And there are a few that disprove it! I am going to discuss some of them, so keep reading!

Why are kids good at chess? 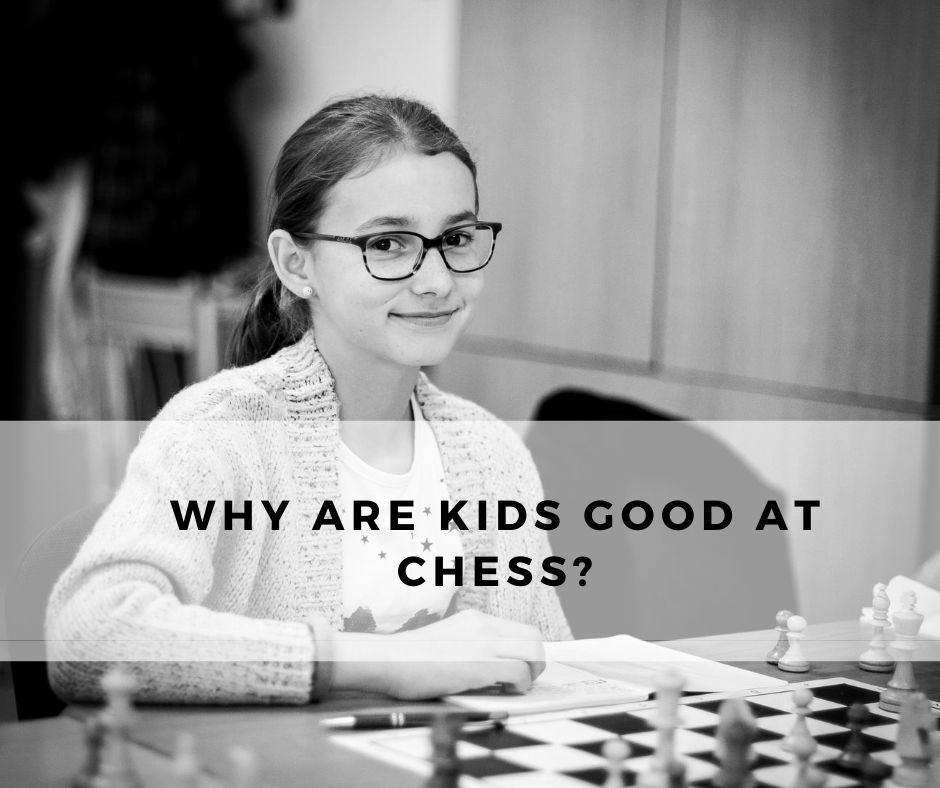 Chess is, after all, a game. And kids are attracted by games. So, the first reason why kids are good at chess is because they like. Better to say, it has to be because they like it. If one of your children does not like chess, please do NOT force her or him to play. There is a lot of fun activities that are as beneficial as chess for young kids (I will talk about those in another post).

Also, even though strategy is the most complex part of the game, chess can be considered as a purely tactical game (yeah, blame on me). That is, if you are capable to outplay your opponent in calculation then you’ll win the game. Example? Chess Engines!

Believe it or not, kids are just great at calculation. Sure, they need to refine the way they calculate variations when they are still very young (which is why you need a chess coach for them), but nevertheless pure calculation is their strongest point. I move here, you go there, I take your pawn you take mine, etc…

In same very rare occasions kids are also talented at chess strategy. And when that happens, you might be in front of a prodigy. It is not by chance that Bobby Fischer was already GrandMaster at the age of 15. He had great tactical vision and amazing strategy comprehension. Similar considerations hold for many famous players, like Karpov, and Carlsen.

How to teach chess to kids? 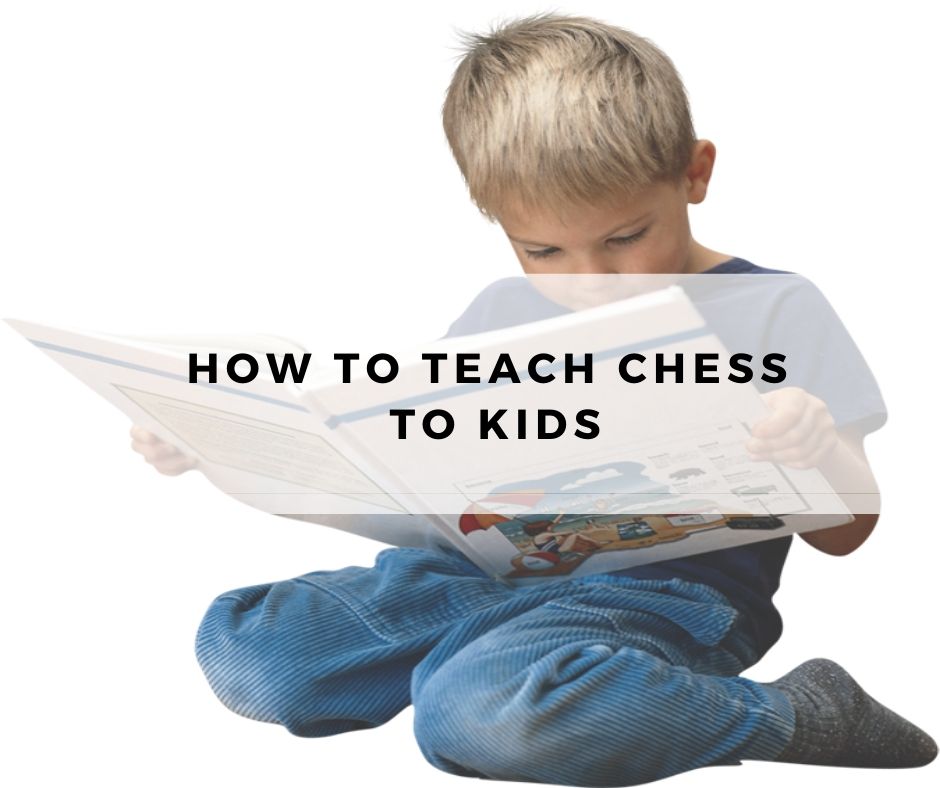 Kid must have fun. Period.

Find a trainer for her or him that knows how to deal with very young players. Let her or him work on the part of the game that she or he is most excited about (typical kids' example: the 4 knights opening!). Then, and only then, throw in some advises and explanations about general tactic, strategy or whatever is most appropriate. Experienced coach will know (and if you want to know how much does a chess coach cost, you may want to read my article on this subject).

Generally speaking, 2 lessons per week will be just fine. At the beginning you can’t really assign homework, kid will just get bored of them. As I discussed in a previous post, homework are the single most important part of training, but kids are an exception.

To keep them motivated, think about watching together videos of famous chess players. It’s OK if they will create a model to follow based on some real player. There’s really nothing bad with that.

You can try to chase them a little bit with puzzles, promising some sort of childish reward if they solve it. I think this is a quite good strategy, but don’t overdo it.

Speaking about gadget, please try first with a nice looking, old stylish chessboard. Keep them away from you iPad, or PC, as long as you can. There are several psychiatric studies that show the bad effect of smartphones and alike on the attention capability of young kids. And you really do NOT want your children to have attention deficit, no matter if they are going to play chess, basketball or bridge.

Are there chess tournaments for kids? 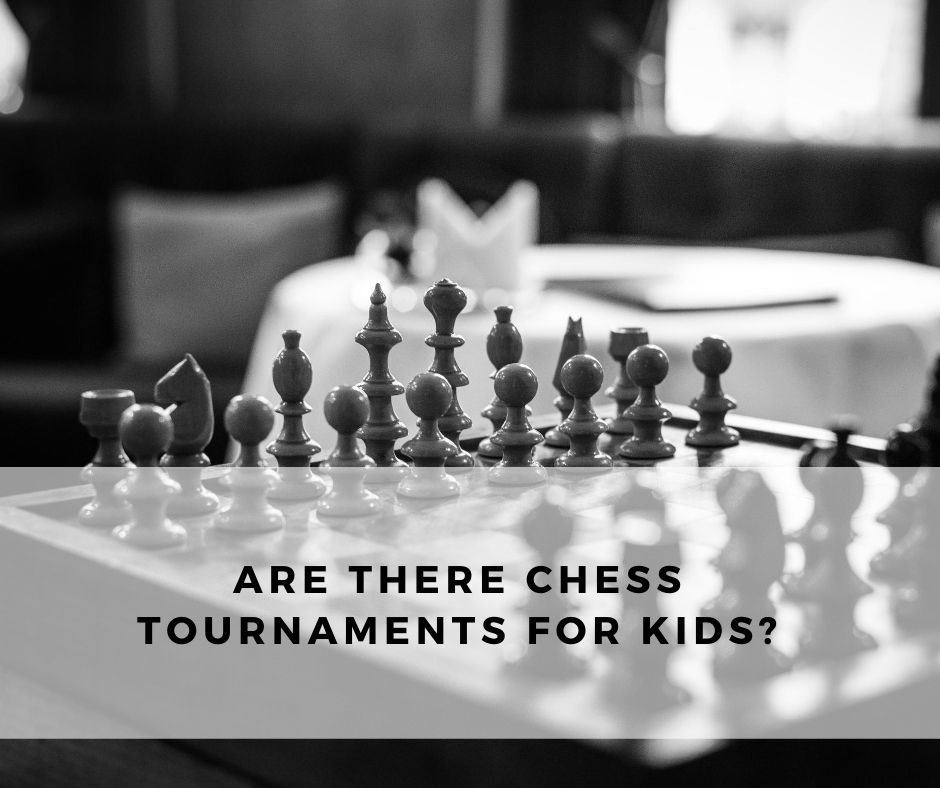 Absolutely yes. A lot. First of all, all over the world, open chess tournaments almost always have a section for younger players. That is really the perfect place to start, because the environment is usually very friendly (as much as it can get to a individual competition…), and is also the perfect place to make new friends.

There are of course specialized tournament as well. These are more competitive, and often are the parents who create most of the tension in the game. If your child is playing chess, please, please just RELAX. Leave stress in the office and enjoy watching your little boy or girl moving pieces over the board. Forget about the results for a couple of years at the least.

When I started I was already “quite old”, about 15 years old, and even though my initial results were not bad at all (I got to 2100 Elo in 1 year, without a coach) I am really glad my parents simply let me have fun. Later I chose totally by myself to put chess aside for a while, and graduated till the PhD degree, again without any imposed stress. Today I really like my full time job and am playing chess maybe once per year. And I am just happy this way!

Be aware that tournaments have the “Open” section where everybody can play, even very young kids. In my opinion, there is really nothing bad with letting your children play in the Open section. They will likely beat someone who’s 50 years older then them, and laugh about it years afterwards. 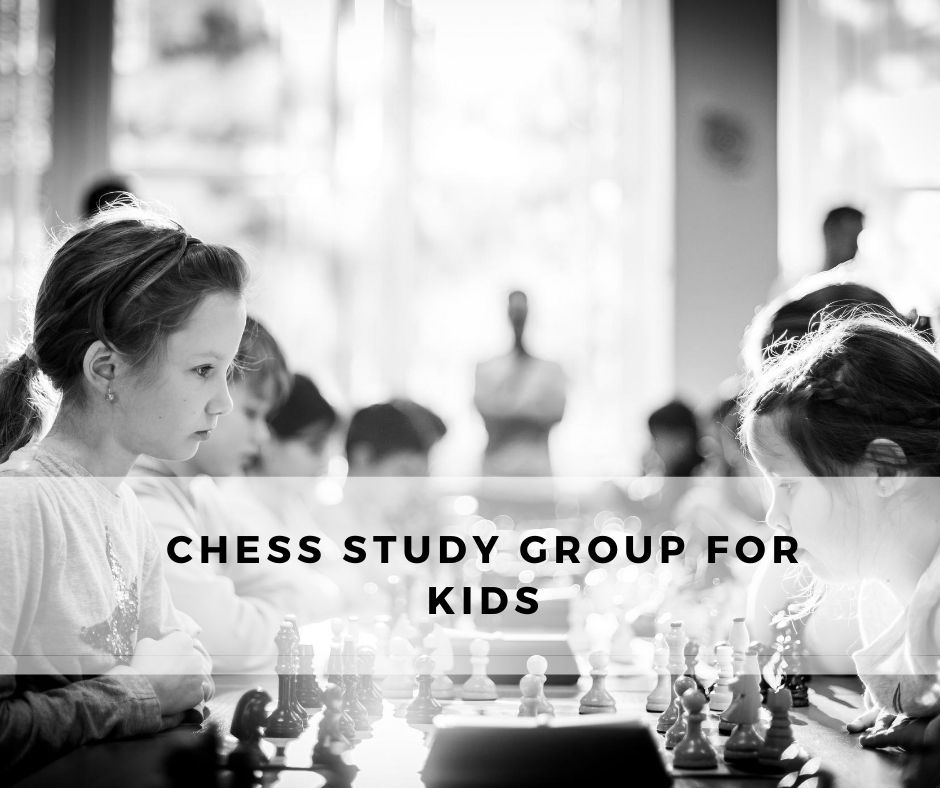 This is a wonderful idea that you should really try to put into practice, if you get the chance! Joining the intellectual challenges given by the game with the interactivity given by a group of peers is exactly what you need for your children.

More often than not, this is implemented between brothers and sisters. There are famous examples of it in the history, like for the Polgar’s sisters. The familiar environment will make your children feel safe and comfortable in expressing their opinion, taking challenges and, unavoidably, accepting some setbacks. It should also create a bit of sane competition, as long as the parents and the coach do NOT stress the environment too much.

If you don’t have such a chance, then it is wise to ask your child’s coach to create such a group study. Coaches should know better than anyone else the benefits of it, so if they try to discourage you about that then… what to say? I would not trust them anymore that much.

Once a study group is set, keep kids amused with chess puzzles (good), a bit of chess history (interesting) and some good and healthy snack!

What to do if my kid is a chess prodigy? 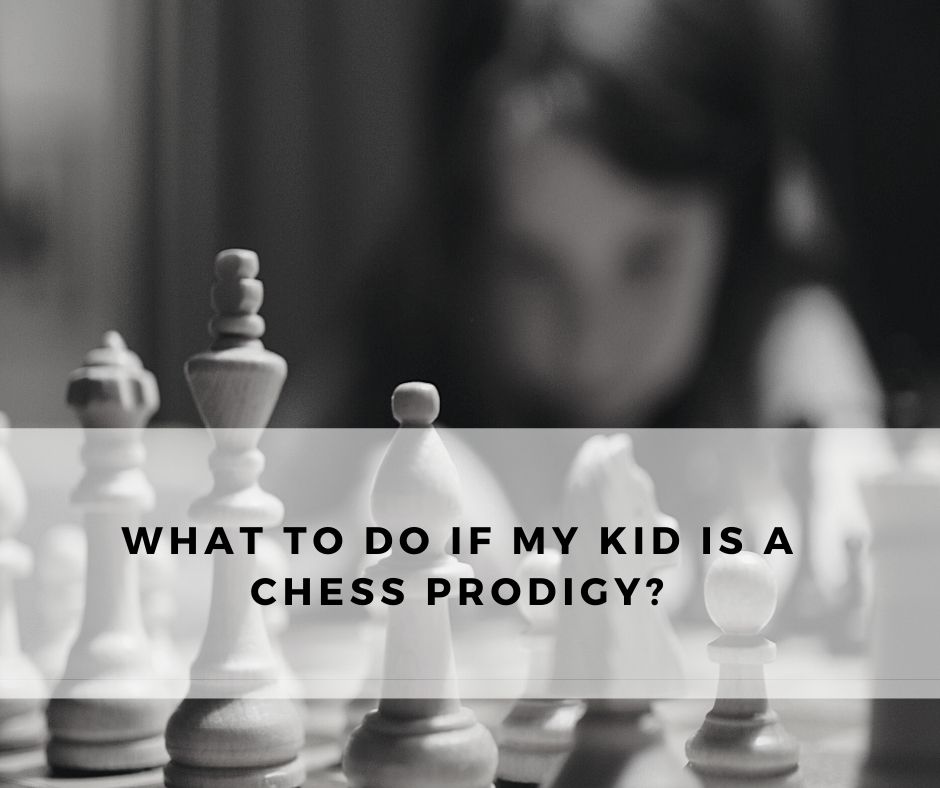 First of all, breathe and relax.

The notion of chess prodigy is more often a curse than not. There are uncountable cases of presumed chess prodigy who have never reached the top-50. Sounds crazy, isn’t it? And yet, it’s true. The famous movie “Searching for Bobby Fischer” is a good example of such cases.

It doesn’t really matter if your kid is a genius at chess or not. Either case, she or he simply has to keep practicing, studying and having fun. The thing you might want to try is to change coach, trying to find a more experienced one for him. Do this ONLY if you are absolutely sure that it won’t affect your kid. A chess coach is very fast at becoming a familiar face (and voice) for the kid, so really think twice before changing coach. You might consider having two of them for a short period, to ease the switch. 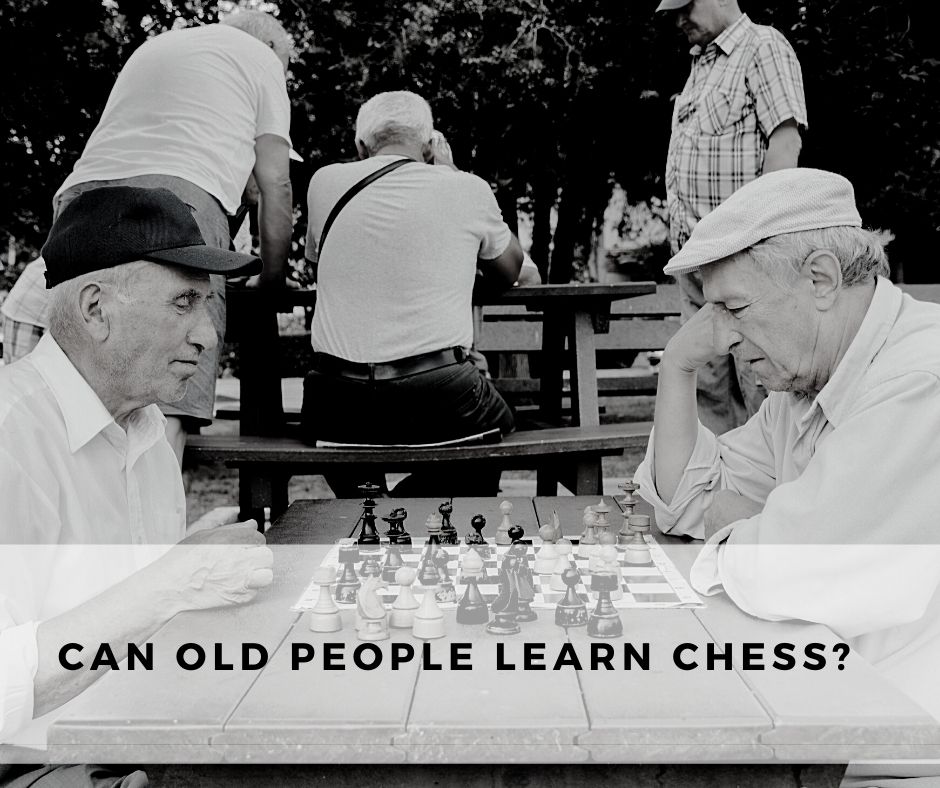 For sure they can. Chess can have very nice effects even on old people’s brain, not to mention they’ll have a lot of fun!

After all this talking about kids, prodigy, how/where/when they have to play… what about elders? Are they out of competition? Not at all, chess is a mental activity and as such, it can help everyone without age distinctions. There have been scientific studies (although less numerous than for kids) about the impact of learning chess at an advanced age. Let me walk you through some results.

According to those studies, memory benefits from learning chess and practicing the game, resulting in a slower loss of the memory abilities. It should not surprise you too much: as for kids, studying chess keeps the brain sharper. Can’t be that bad, isn’t it?

Chess is a beneficial game for kids, without any doubts. If you are into chess, and so would like your children to learn it, then perfect! The perfect age is 4-5 years old, but really any age about 10-12 will also work just great. Let them learn the rules, let them play and train together, and they will ramp up very quickly! A chess coach is also a suggested recipe, as they are experienced in the subject.

Last, but most important, have fun!